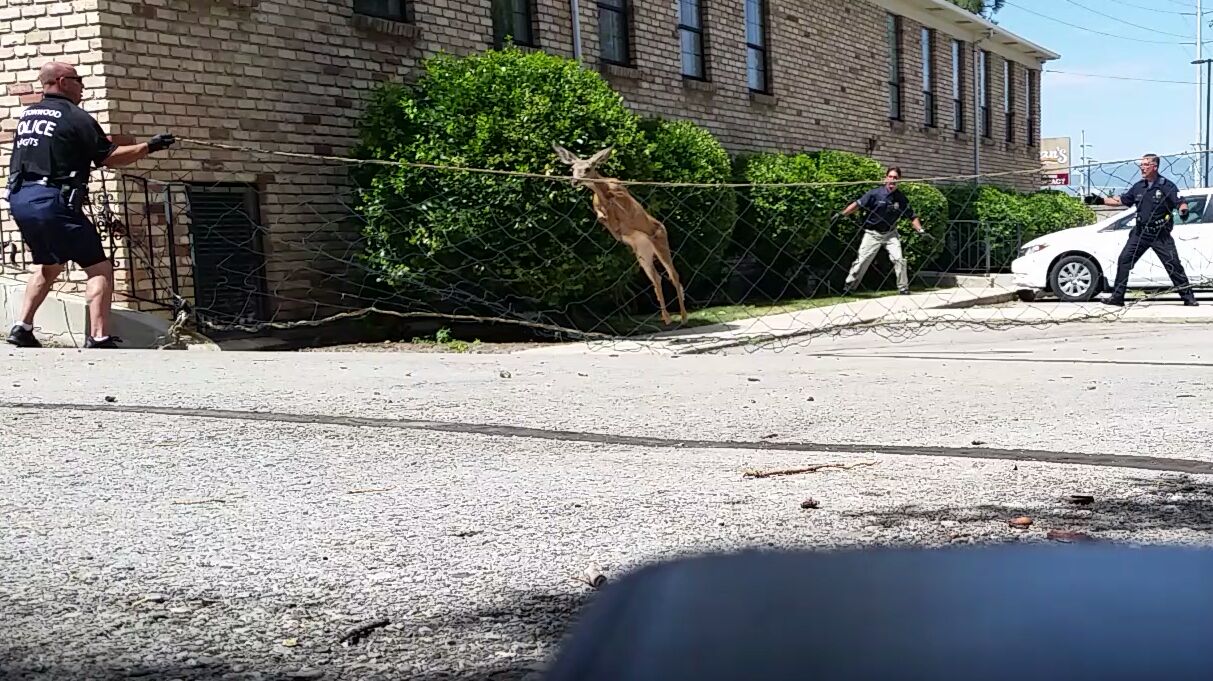 COTTONWOOD HEIGHTS, Utah – Police in Cottonwood Heights had an unusual animal encounter Thursday after deer were spotted in traffic along Fort Union Boulevard.

According to information from the Cottonwood Heights Police Department, a deer was spotted running in traffic at 2100 East Fort Union Blvd. Two of the animals were found in the area and police said the animals were darting in and out of traffic.

“Once they go up there, it was kind of like the chase was on,” said Sgt. Corbett Ford with Cottonwood Heights PD.

Police responded, and with the help of personnel from the Utah Division of Wildlife Resources, they were able to capture the deer and relocate them both using nets.

“We did give them a stern warning, they agreed not to come back and they were released to their guardians with DWR and taken back home,” Ford said.

Police tweeted the animals were “returned home safely.” Several photos from the incident show police using a net to apprehend one of the animals. The other deer was located nearby in a yard and also captured with a net.

“DWR took guardianship of these two rascals and took them back up to the canyons where they were ultimately released,” Ford said.