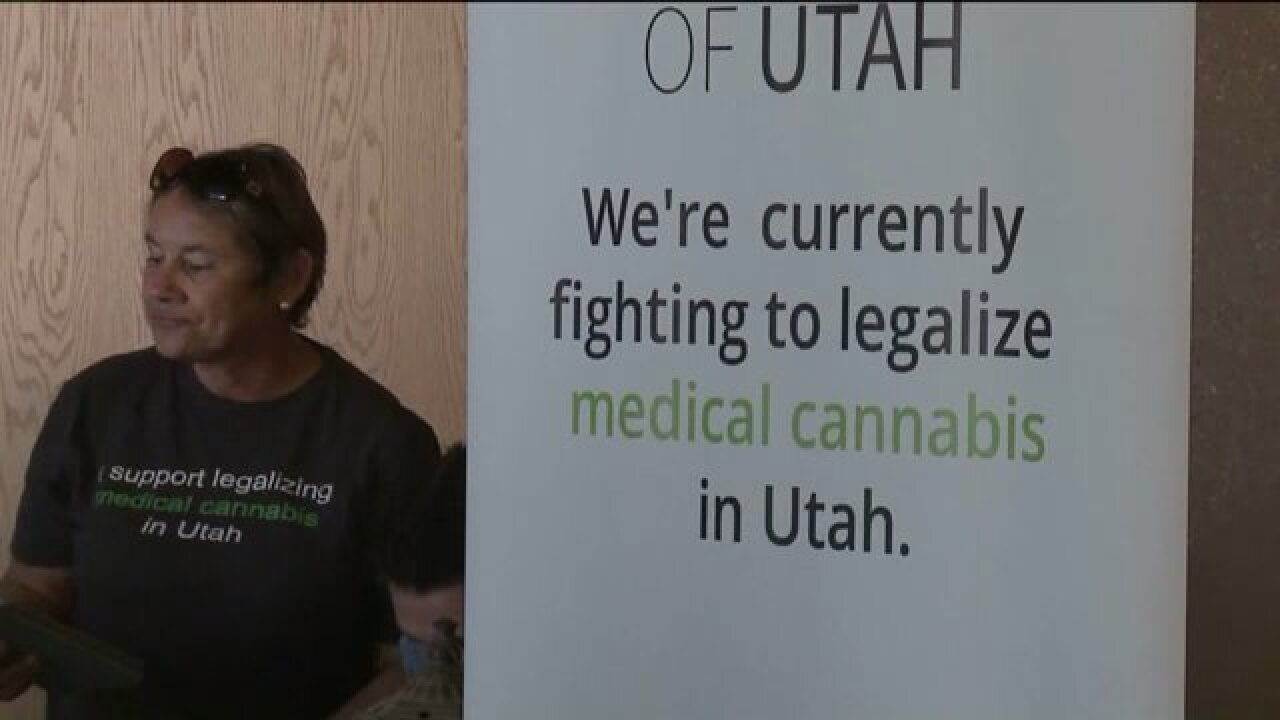 ST. GEORGE, Utah - Breaking the silence about medical cannabis. That’s the purpose behind a series of forums aimed at dispelling fears about legalizing marijuana for medical use.

The forums are put on by Libertas Institute, a non-profit group. Close to 100 people attended the forum in St. George Thursday night, and they heard personal stories about the good medical cannabis has done.

“This is about people who are sick, and that need it,” said state Senator Mark Madsen, R-District 13. “To have a quality of life.”

Madsen is one of those who take medical cannabis. Madsen suffers from severe back pain and when narcotic drugs became too risky, he looked elsewhere.

“I started to talk to my physician about alternatives,” Madsen said. “She suggested cannabis might work.”

Madsen sponsored a bill that would have legalized medical cannabis in Utah. It failed during the most recent legislative session by one vote. But Libertas Institute president Conner Boyack said public support is there.

“In fact, there have been three public polls--all of which show two-thirds or more voters support what we’re doing, trying to legalize [medical] cannabis,” Boyack said.

Boyack has moderated forums across the state in the past month, some focusing on policy, others on the medical studies. The forum in St. George was more general, and was used to further the discussion,

“To be deliberative, to dissect this issue from all sorts of different angles, law enforcement aspects, medical research aspects, patient stories, so that we can fully vet the issue,” Boyack said.

Attendees heard from former law enforcement about current laws and several personal stories of how medical cannabis helps patients with cancer and other disabilities. Local residents said those personal stories have changed their views.

“My wife is disabled,” said St. George resident Ken Poulsen. “While we were up in Salt Lake, there are people who had skill in this area recommend cannabis might be a better option, so that's something we’re looking at.”

The problem is the legalities surrounding the issue. Madsen and other panelists admitted to using cannabis, even though it’s illegal.

Other residents worry that legalizing marijuana could lead to bigger problems.

“I think if they legalize it, there’s going to be a lot more people that are going to want to be using it illegally also,” said Brenda Harrison.

Madsen plans to bring the medical marijuana bill back to the state legislature in 2016.