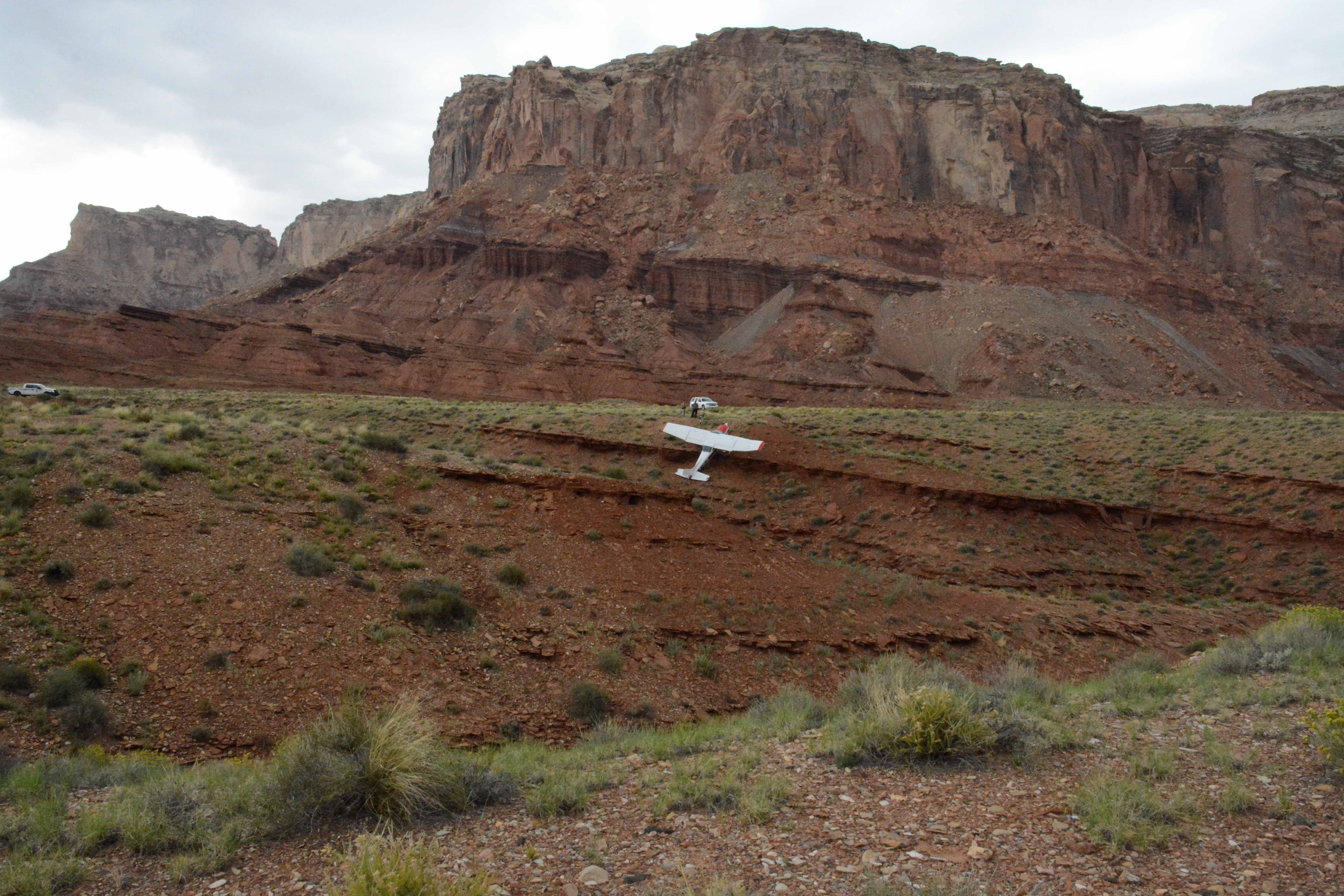 EMERY COUNTY, Utah – A small aircraft taking off in Emery County Saturday became caught in a crosswind, which threw the aircraft off the airstrip and over the edge of a deep wash.

According to a press release from the Emery County Sheriff’s Office, the two men aboard—55 and 60 years of old and of Scottsdale, Arizona—were not injured in the crash.

Emery County received report at 1:36 p.m. that a Cessna 182 airplane had crashed during takeoff from the Hidden Splendor Air Strip, which is in a remote area of the San Rafael Desert in Emery County.

As the plane was taking off, a crosswind carried the plane off the airstrip. The aircraft clipped one wing and was thrown, “over the edge of a deep wash.”

The two men on board were not injured and were on a trip to visit “famous remote airstrips in the region,” according to the press release. Their names have not been released.

Emery County Sheriff’s Office and Search and Rescue personnel responded. The FAA has been notified of the crash and will be the investigating agency, according to the press release.