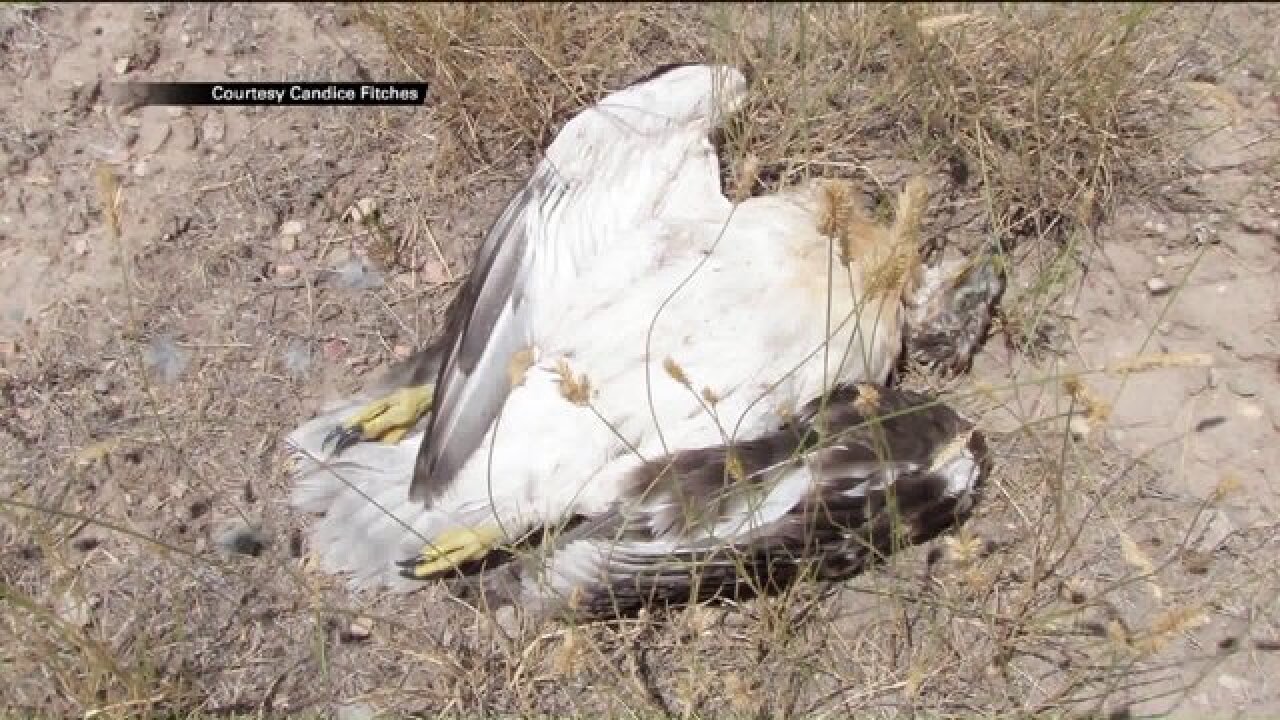 TOOELE COUNTY, Utah – The Humane Society of Utah is offering a $5,000 reward for information that leads to an arrest after two baby hawks were shot and killed in their nest.

The baby hawks were found dead in their nests in Tooele County a couple weeks ago.

Now wildlife officials are trying to find the person who killed them.

The two hawk chicks that died are ferruginous hawks and were only 40 days old.

It’s a federal offense to kill a raptor because they are protected under the Migratory Bird Treaty Act.

Now wildlife officials are trying to educate the public about the importance of protecting the birds.

“I wanted to talk to the people that had that gun in their hands. I would love to talk to them. I just don’t think they understood what that even was,” Robyn MacDuff said, director of the Raptor Inventory Nest Survey.

Volunteers with the Raptor Inventory Nest Survey have been monitoring the rare ferruginous hawk nest near Vernon for the past year.

On July 8, they discovered someone had shot and killed the two chicks that had hatched in the nest.

“It’s just so needless and pointless. There’s no reason to shoot a bird like that,” volunteer Ryan Fitches said.

“It’s not for food, it’s hardly even [for] sport when they’re in the nest,” volunteer Candice Fitches said. “There’s no reason for it.”

The birds were getting ready to fledge, or fly out of their nest.

The Migratory Bird Treaty Act was enacted in the early 1900s to protect birds, like hawks, in the wild.

Officials with the DWR say ferruginous hawks are becoming a rare species in Utah.

“And then they’re also protected as a sensitive species in the state, which gives them special protection in Utah, as well, because their numbers have been declining in the west recently,” said Terri Pope with the Utah Division of Wildlife Resources.

Scott Root with the DWR said people need to remember migratory birds are not to be used for target shooting.

“We are asking for the public’s help, if you know anything about this, give us a call,” he said.

You can also check the DWR’s website for information about which birds are protected and which animals are endangered in Utah at Utah Division of Wildlife Resources.