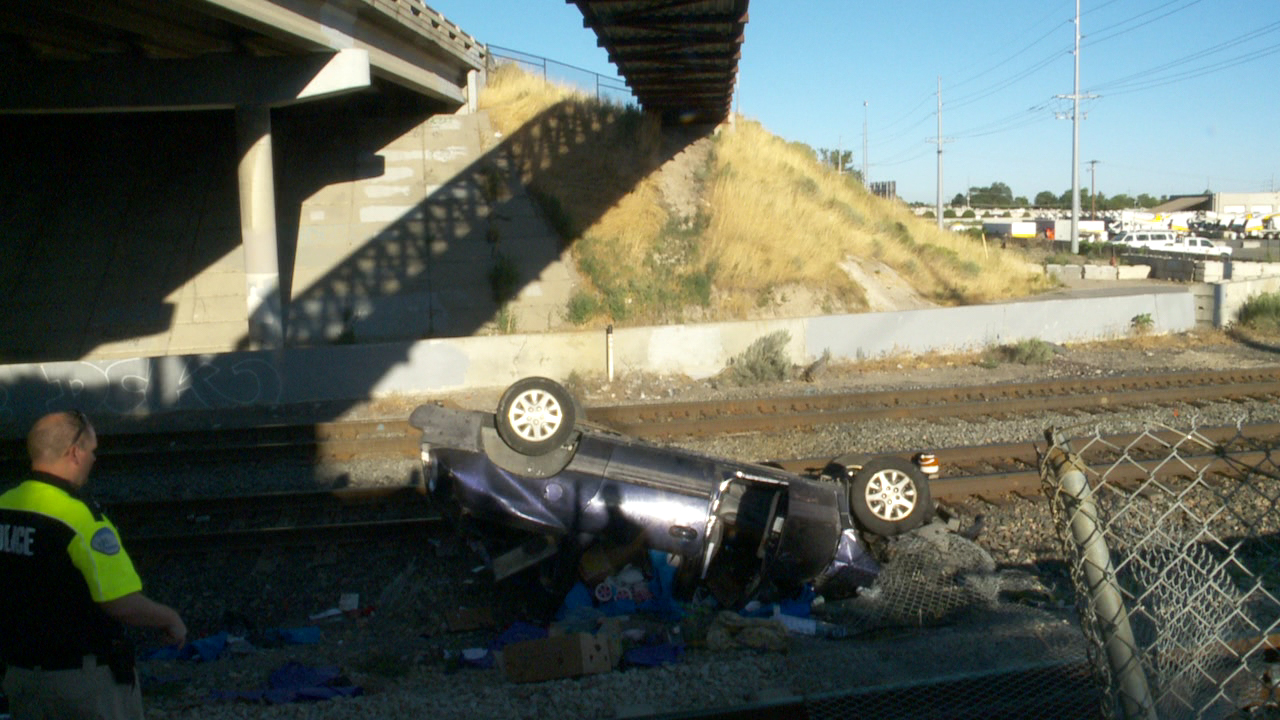 SOUTH SALT LAKE, Utah — Police have responded to a critical injury accident in South Salt Lake where a woman was ejected from her vehicle early Sunday morning.

The crash occurred at about 5:32 a.m. in the area of 3900 South and 300 West. Two women in a small van were traveling west on 3900 South when for an unknown reason the vehicle left the roadway, rolled down an embankment and came to rest on the Union Pacific Railroad tracks, said Gary Keller, spokesman for South Salt Lake Police.

The driver of the van was ejected. Keller said the woman was taken to an area hospital in extremely critical condition with possibly life-threatening injuries, Keller said.

The passenger remained inside the vehicle during the crash. While her injuries aren’t as serious as the driver’s, Keller said, she was also taken an area hospital in critical condition.

There was another vehicle on scene at 3900 South. Keller said police are trying to determine the driver’s involvement at this time.

Police believe the vehicle made contact with the small van.

Westbound traffic on 3900 South at West Temple was shut down. The roadway has since opened.