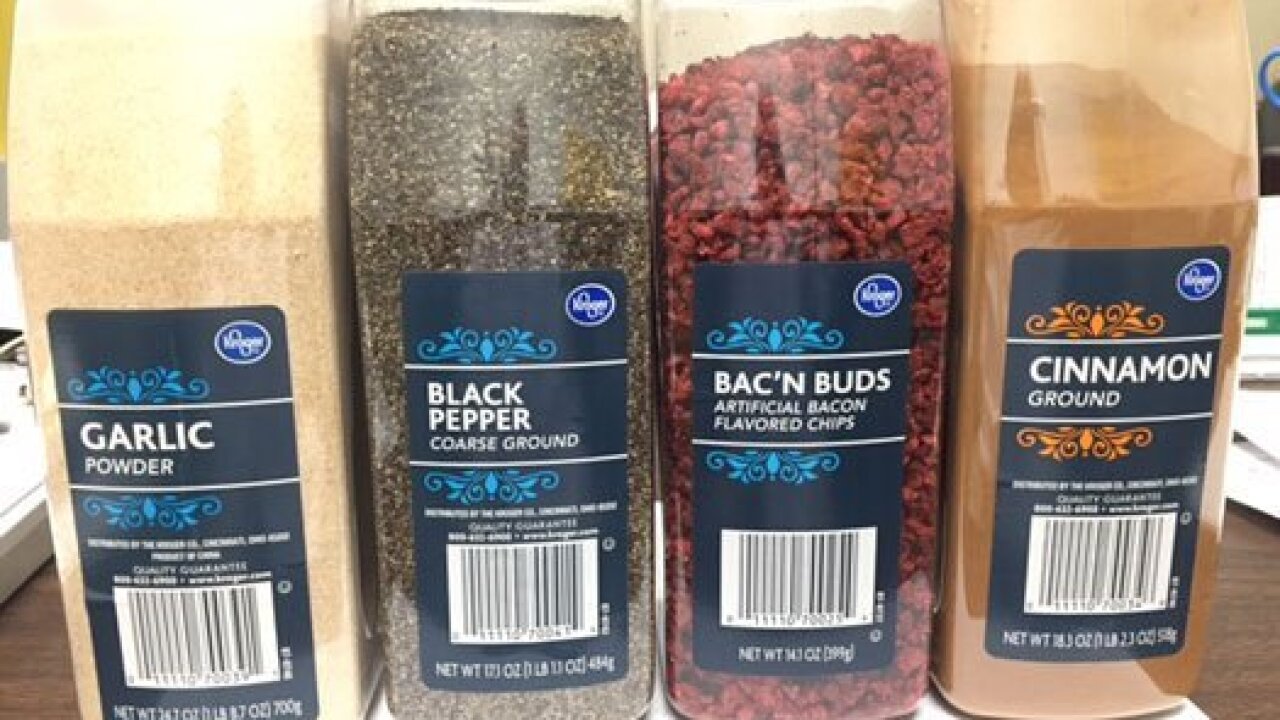 A grocery chain is recalling a number of spices for possible Salmonella contamination.

The FDA said a sample of garlic powder tested was found to be contaminated with Salmonella.

Kroger is recalling the following items:

So far, no illnesses have been reported.

As a precaution, Kroger is recalling all four spices processed on the same equipment.

Kroger has removed the potentially affected items from store shelves and initiated its customer recall notification system that alerts customers who may have purchased recalled products through register receipt tape messages and phone calls.

Officials said customers who have purchased the above products should not consume them and should return them to a store for a full refund or replacement.

Customers who have questions may contact Kroger at 1-800-KROGERS.