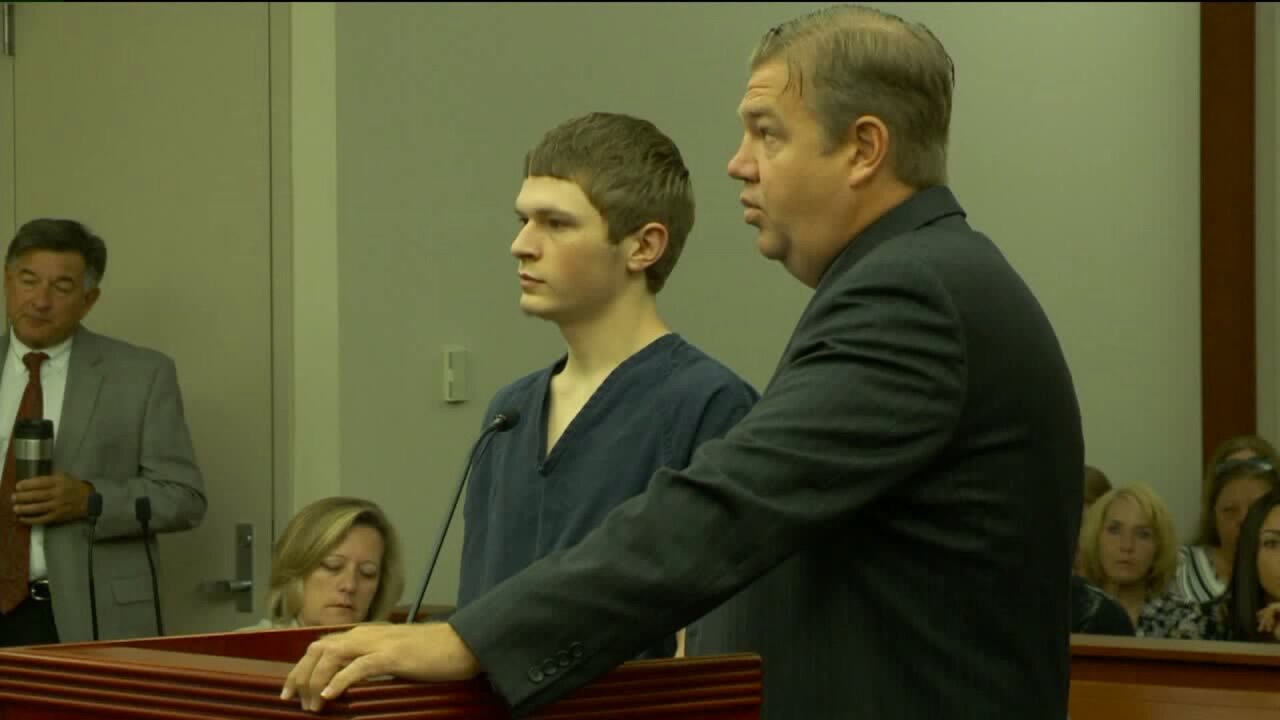 SALT LAKE CITY – The teen charged as an adult for the murder of 15-year-old Annie Kasprzak was in court Friday for a disposition hearing, and the teen’s defense wants to hold off on setting a trial date while they wait to receive and review new information in the investigation.

Both the defense and prosecution are trying to come up with a trial date for Darwin Bagshaw. Friday morning in the Matheson Courthouse in Salt Lake City, the judge set a tentative date for the trial in late November.

However, that time frame could change depending on what the defense learns from new discovery that is currently being sent to them from the Salt Lake County District Attorney’s Office.

Bagshaw, 18, has been in the Salt Lake County Jail for more than four weeks after he was certified to stand trial as an adult for the alleged 2012 murder of his then-girlfriend, Annie Kasprzak.

"He's doing about as well as can be expected for an 18 year old who was in a juvenile detention facility prior to this,” he said.

Bagshaw and Kasprzak had been high school sweethearts, but, according to the charges, he allegedly murdered her because he believed she was pregnant at the time.

The teen’s battered body was found along the Jordan River in March of 2012, but the case went unsolved for more than two years, until police finally busted Bagshaw last fall.

However, since he was just 14 at the time of the alleged murder, Bagshaw was originally charged in juvenile court.

A judge later ruled there was enough evidence and that he was enough of a danger to the public to be certified as an adult and tried in adult court. Prosecutors are eager to get this case to trial, but Bagshaw's attorney said Friday that new information coming from the DA may impact how he plans his defense.

The new information appears to be a police interview with the suspect.

"I don't know what it says at this point, it's in the mail, I know that," Bown said. “I know that sounds bad, but it's in the mail and once I review it, it could potentially impact the case, and that's why I want to review it before I go forward and set a trial date."

And Bown said a trial is where this appears to be heading, since there's been no talk of a plea arrangement.

"There's always a possibility of resolution, but, yes: We're going forward as if there's going to be a trial,” he said.

All sides are due back in court August 28 for an update on the findings that are currently being sent to the defense, and during that hearing they will determine if the tentative date for late November is still fitting.