ANTIOCH, Tenn. – A man wielding a gun, a hatchet and pepper spray was killed inside a Tennessee movie theater Wednesday after police responded to reports of an active shooter and traded gunshots with the suspect, Nashville police said.

Nashville Police spokesman Don Aaron told reporters that one moviegoer was wounded by a hatchet before a SWAT team killed the suspect.

No one has been transported to a hospital, Haas said, but three people suffered irritation from pepper spray apparently used by the suspect.

The suspect also had two backpacks with him, according to police.

Officials have not confirmed what was in the bags at this time.

Antioch is a suburb of Nashville, about 15 miles southeast of the city.

The shooter killed two and injured eight before killing himself on July 23.

Police said the 58-year-old gunman was armed with a handgun and acted alone.

In 2012, another man opened fire on a movie theater in Aurora, CO, killing 12 and injuring 70 more, in one of the largest mass shootings in U.S. history.

The gunman, James Holmes, has been found guilty in the attack and is going through a sentencing trial to determine if he’ll receive the death penalty. 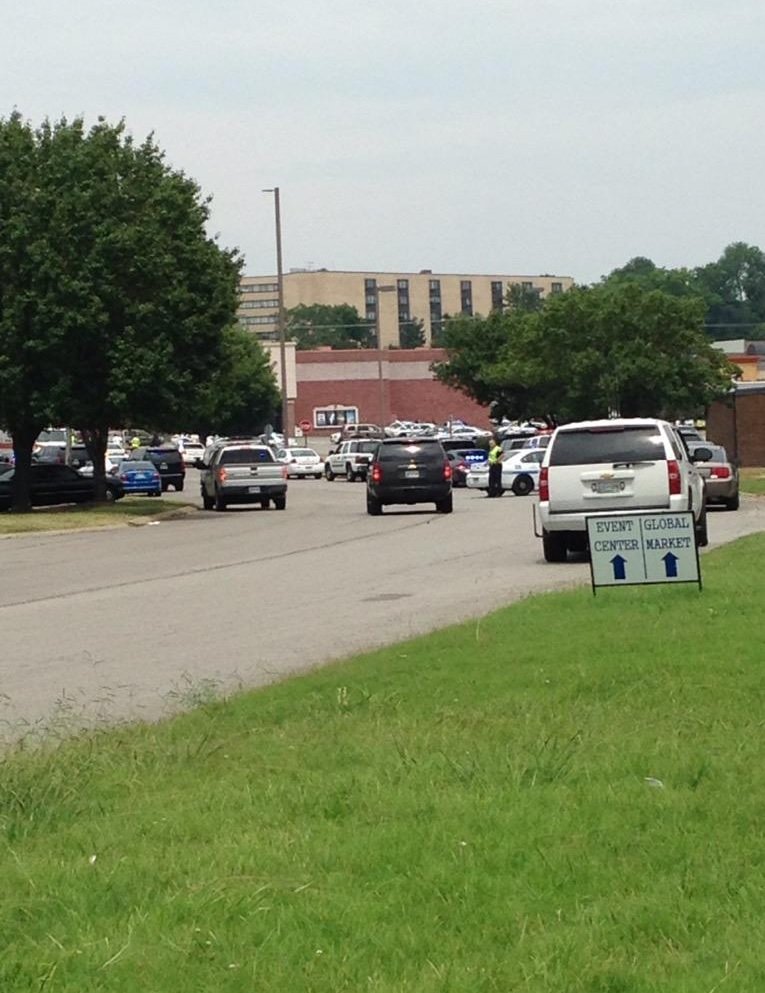