PARLEYS CANYON, Utah - A car engulfed in flames backed up traffic on I-80 eastbound at Parleys Summit for hours Wednesday morning.

Officials said three men were inside the car and got out just in time.

Authorities said the men saw the flames coming up between the driver and passenger seats and pulled over near Lambs Canyon.

A driver behind them saw the fire underneath the car and pulled over as well.

Officers said the fire took out the brakes which caused the car to roll backwards, crashing into the Good Samaritan's car.

The car then spun out, wrapped in flames.

The three men in the car said they work in construction and were on their way to a job in the Red Stone area when the fire started.

The men said the fire burned about $2,000 worth of their tools as well as the Buick Regal.

Authorities are investigating what sparked the fire.

A closer look at the damage #gdu @fox13now Park City Fire took out the flames. pic.twitter.com/vdU2uLSaCA 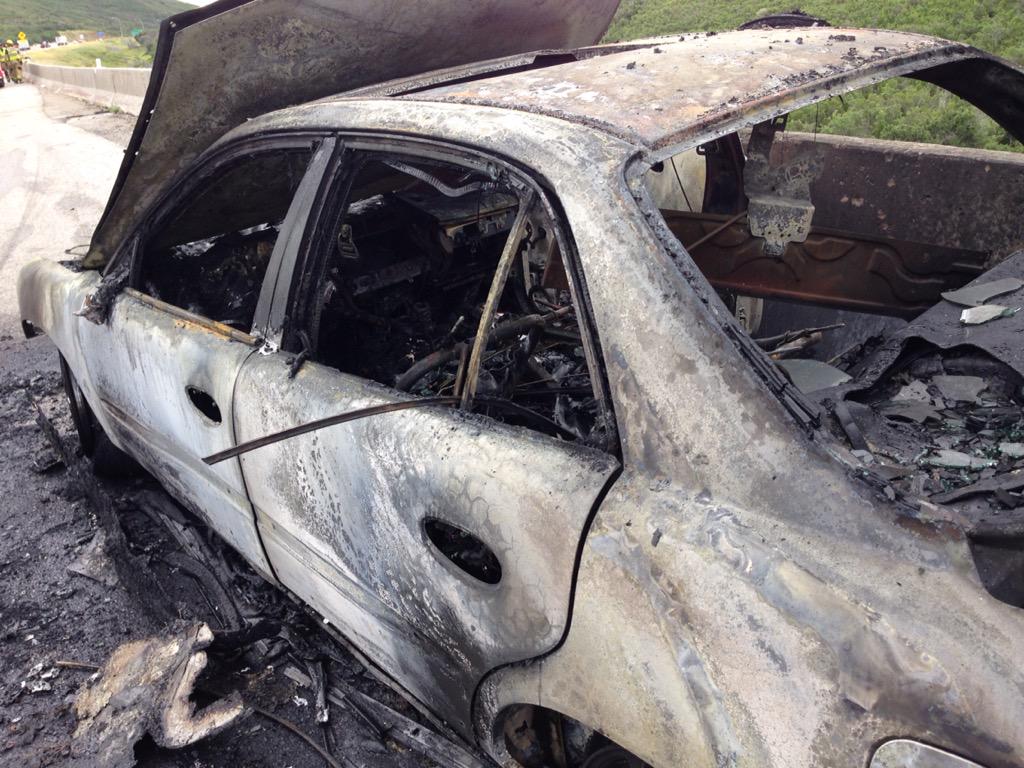