Hillary Clinton in Utah for fundraiser

The fundraiser was held at a private residence in the Glenwild gated community in Park City.

"She talked about taking care of children. She said Utah's family values are her values. She talked about wanting us to be leaders in the world," said Clinton supporter Kathy Reimherr after leaving the event.

The executive director of the Utah Democratic Party, Lauren Littlefield acknowledged that Clinton does not expect to win any of Utah's electoral votes, but Littlefield said Clinton's presence helps the party from top to bottom.

"It is a huge deal to have Hillary Clinton come to the State of Utah, even just to raise money to have a rally. It riles people up. It gets people excited. I'm definitely excited after being at the event," said Littlefield, noting that the excitement helps the party gain momentum for other races in the Beehive State.

Littlefield estimated 60 people attended an early rally that cost $2700 a head, and more attended the larger event, paying $500 each.  If those estimates are true, then the event raised more than $200,000 for the Clinton campaign.

The event is scheduled exactly eight years to the day from the last time a major Democratic candidate campaigned in Utah. That was August 5, 2007, when then-Senator Barack Obama attended a Park City fundraiser after a brief public event at Kimball Junction.

This is the first time Clinton has visited Utah since 2008, when she held a rally for then-presidential candidate Barack Obama.

In a June interview, Clinton supporter Donald Dunn told Fox 13 the campaign assured him this would not be her only stop in Utah. 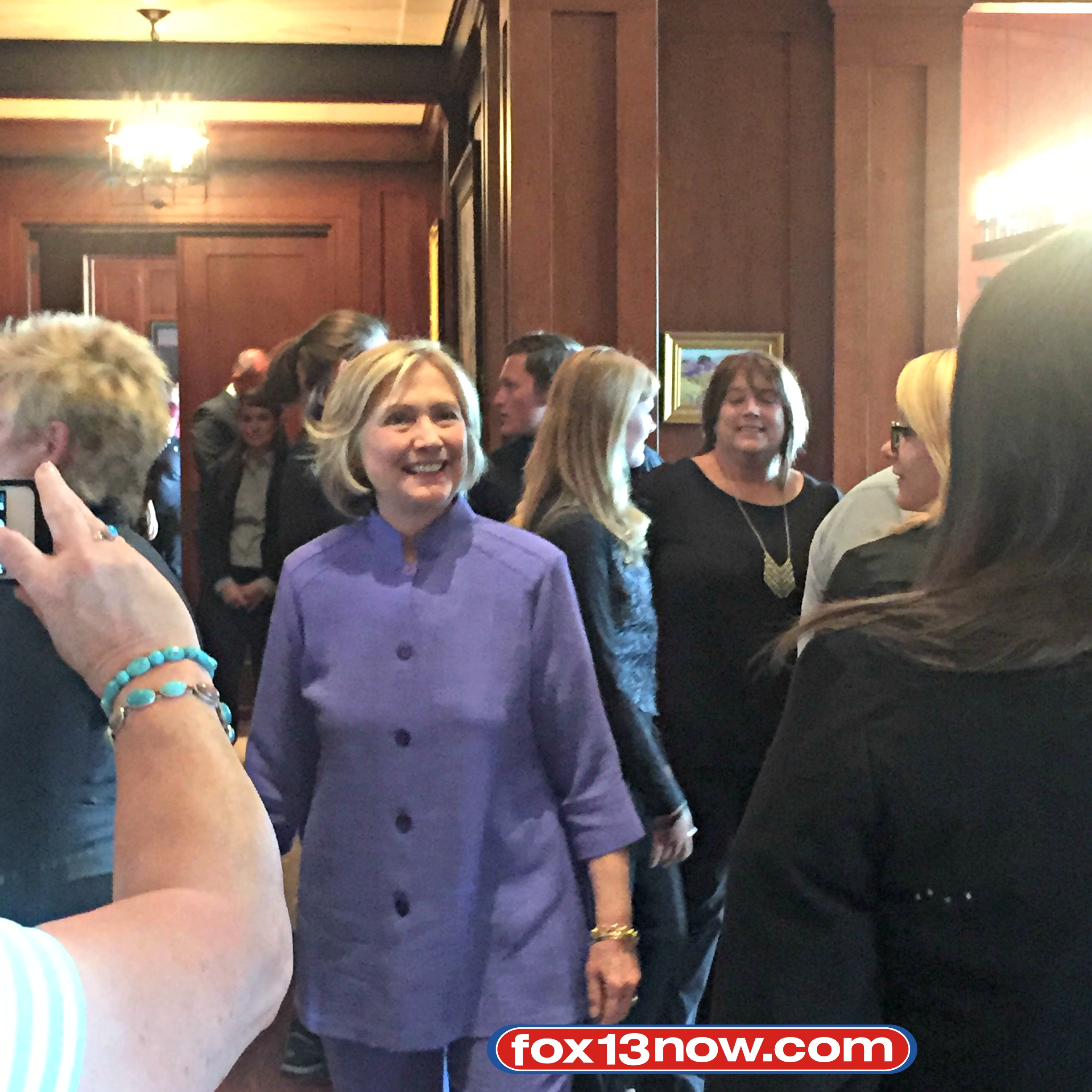