Passenger on Delta flight with cracked windshield says it was, ‘scariest 10 minutes of my life’

SALT LAKE CITY -- Passengers on a Delta flight from Boston to Salt Lake City arrived safely in Utah early Saturday morning after a storm forced their plane to be diverted to Denver Friday night due to a cracked windshield caused by hail.

“I fly constantly and this was the scariest 10 minutes of my life,” said passenger Robin Jones after arriving at the Salt Lake International Airport early Saturday morning. “I thought, ‘OK. Have I told everybody that I love that I love them?’ And as soon as I realized I had done that, I was like, ‘I’m alright. Everything’s going to be OK.’”

Delta flight 1889 made an emergency landing after getting caught in lightning, rain and hail. Photos sent in by viewers showed the aircraft’s windshield was shattered and the nose of the plane was heavily damaged by the severe weather.

Delta Spokeswoman Liz Savadelis tells CNN the Airbus A320 was scheduled to land in Salt Lake City but was diverted to Denver. Denver International Airport spokeswoman Laura Coale told CNN that one person was taken to a hospital. Coale did not provide a reason, but did say the aircraft went through "severe turbulence."

One passenger described the damage of the plane.

“We went around the corner from the window, we could see the shattered windshield,” said passenger Rob Wessman. “We could see kind of a hole over the engine where lightning had struck. We could see the nose of the plane was missing. It was really intense.”

Savadelis said plane had cracked windshields and damage to the radome -- the nose cone area that houses weather radar and navigational equipment. Details on whether that equipment was damaged weren't immediately available.

The plane landed safely in Denver just before 9 p.m., and the passengers were put on other flights to continue their travel, according to CNN. 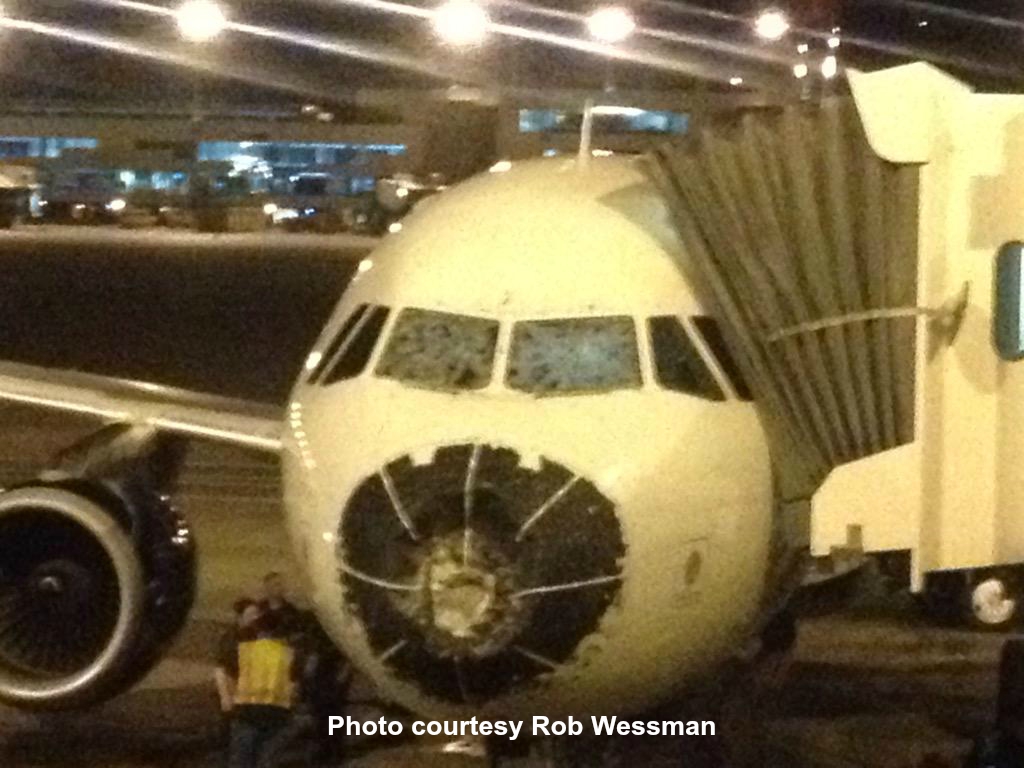