The incident occurred shortly before 10 p.m. on the downtown TRAX line near 450 S Main St. Witnesses told police the suspect boarded the train, began yelling and rambling incoherently, then used pepper spray on three of the passengers.

Witnesses said the suspect then exited the train near the Gallivan Center and fled.

Utah Transit Authority spokesman Remi Barron said officials are reviewing security footage in an attempt to identify the suspect. UTA has released several surveillance images of the man, see the gallery for those photos. 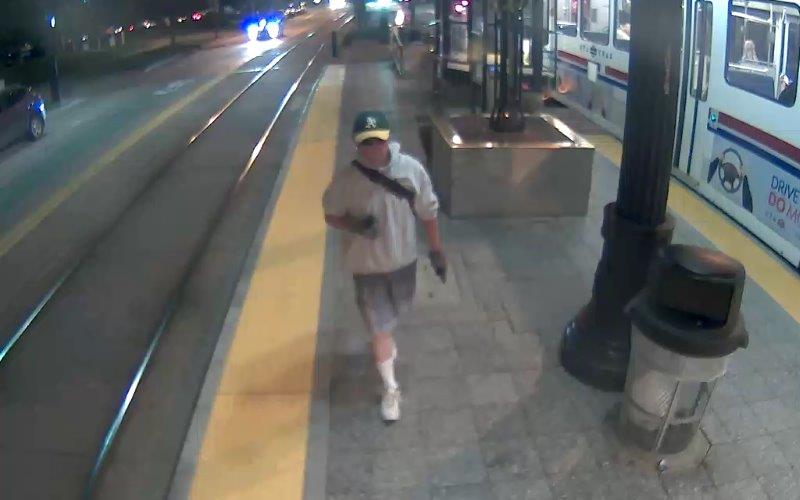 "We have surveillance cameras in a lot of places people don't even know about. We don't like to tell people where these cameras are for this reason, because we like to catch these criminals," Barron said. "The chances are pretty high this guy's going to get caught, probably a lot higher than his IQ."

The suspect was described as a white a male, around 50 years old. He was wearing a gray or green hoodie and green baseball cap with the Oakland A's logo. He was also carrying a black backpack.

Anyone with information that may help in the investigation is urged to call the UTA tip line at 801-287-EYES (3937).