Car lands on its roof, truck rolls after crash; 1 in serious condition 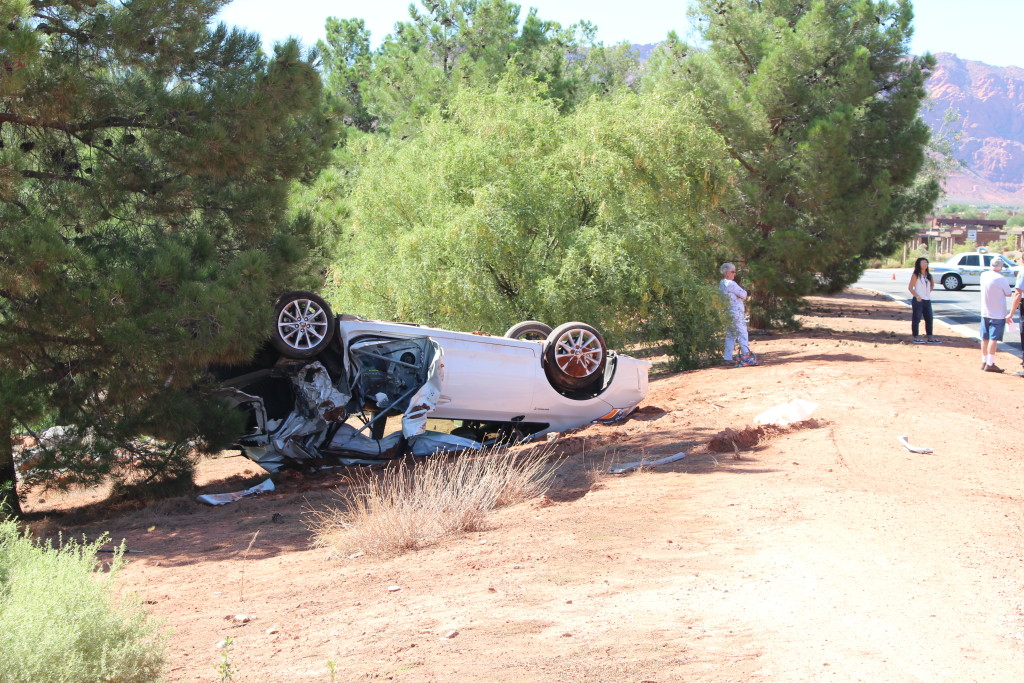 ST. GEORGE, Utah – A man was reportedly taken to a hospital with serious injuries after two vehicles collided in southern Utah Saturday, and the force of the crash caused one vehicle to flip on its top and the other to roll down an embankment.

St. George News reports the crash occurred at 3:45 p.m. on Snow Canyon Parkway in St. George when a Toyota passenger car made a right turn and was struck from the rear by a Dodge pickup truck.

“The driver and passenger of the white (Toyota) car thought they had enough room (to turn),” Sgt. David Williams of St. George PD told St. George News. “but the yellow truck came up on them rather quickly.”

After the impact, the Toyota flipped and landed on its roof while the truck went through a median, knocked over a light pole, and then rolled down an embankment to come to rest in a nearby parking lot.

The driver of the truck was not wearing a seat belt, and he was taken to Dixie Regional Medical Center with injuries reported to be serious but not life-threatening.

Both occupants of the Toyota were buckled.

“Both are OK, didn’t even really get any scrapes from it,” Williams told St. George News, “which is quite amazing, looking at the wreckage.”

So far no citations have been issued, and the crash is being investigated. Snow Canyon Parkway was closed for some time as crews cleared the scene.

For more details and photos from the scene, visit St. George News.