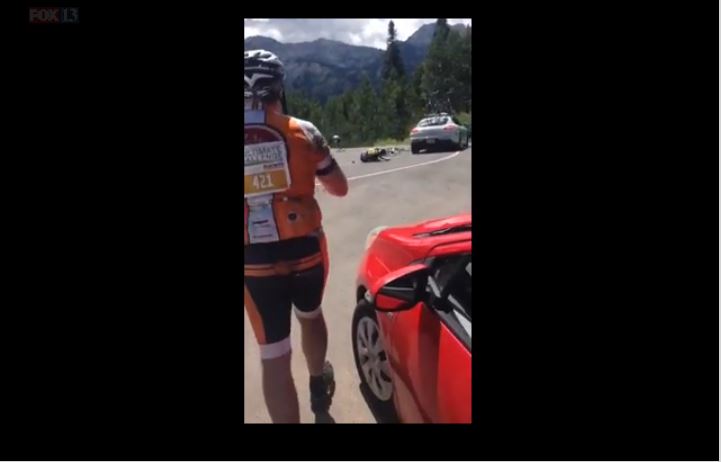 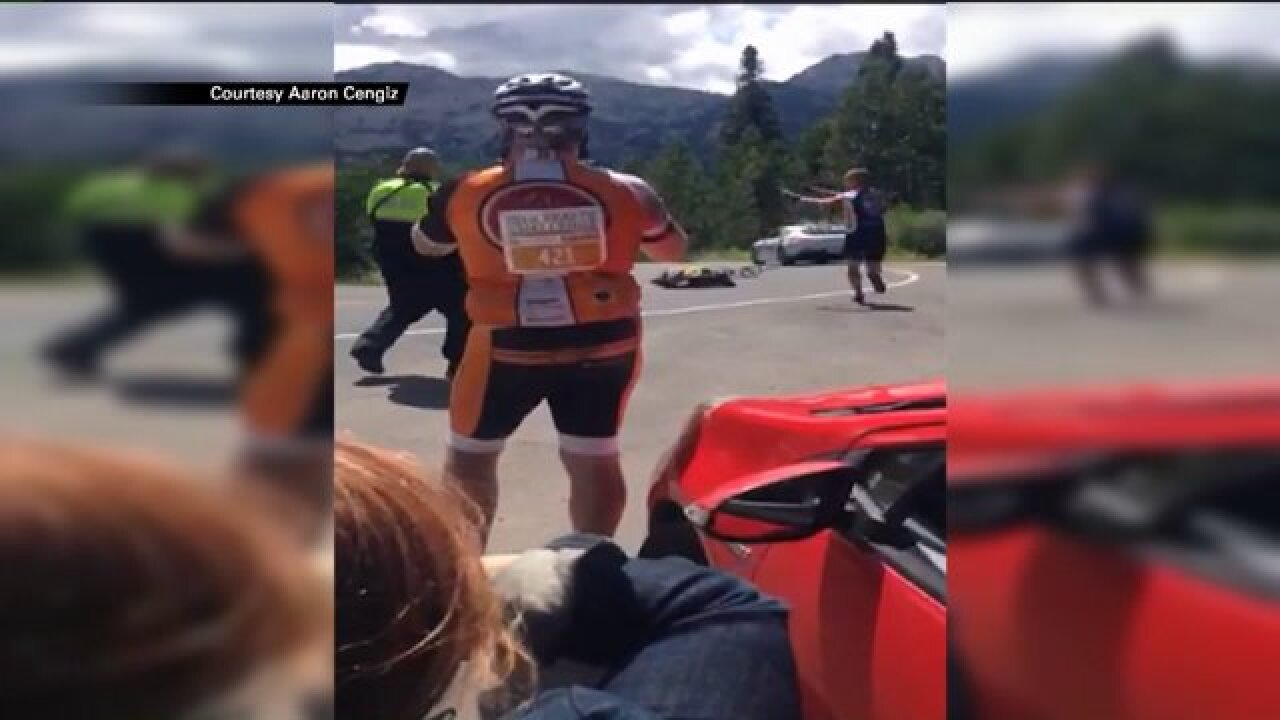 WARNING: While the footage of the crash is not necessarily graphic, some may find the videos of the impact upsetting. Viewer discretion is advised.

BIG COTTONWOOD CANYON, Utah -- The Tour of Utah is showcasing some the world’s top professional cyclists this wee, and, on Saturday, Irish cyclist Matt Brammeier was seriously injured when he crashed his bike into a service vehicle.

“When he hit the car, you know, his water bottles went flying everywhere,” Cengiz said. “I mean, it looked painful, obviously."

Another video posted on YouTube shows the crash from above.

Race officials say the cyclist suffered broken ribs, a fractured pelvis and a punctured lung. He was transported to a local hospital where he is reported to be in stable condition.

Fellow cyclists say they believe the tragic accident could have been avoided if Brammeier had been able to brake fast enough.

“This rider came through too fast and he went straight through the corner,” said competing cyclist Thomas Soladay.

“The rider was definitely kind of out of control in that corner,” said cyclist Jesse Anthony. “So, that was a risk he was taking.”

While representatives with the Tour of Utah declined to speak on camera, in a prepared statement, they said the vehicle was following standard protocol in its location on the road, and neither the driver nor the cyclist are to blame in the incident.

Fellow athletes say the incident is a good reminder that accidents can happen to anyone in a race, even when everyone is following the rules.

“Bicycle racing and, pretty much any kind of racing is a dangerous sport,” Anthony said. “It’s a risk that we are fully aware of and, you know, we all decide to keep doing it despite that risk."

Neither Brammeier nor his coach were available for comment.

MTN Qhebeka Team Doctor Jarrad Van Zuydam provided a statement on the cyclist's condition, which is reproduced below:

"Matt Brammeier was involved in a high speed collision with a vehicle during the queen stage of the Tour of Utah. Thankfully, Matt has suffered no head, neck or spinal injuries and is currently stable in hospital. His musculoskeletal injuries are significant however. He suffered rib fractures on both sides as well as a small pneumothorax. He also has fractures of the sacral and pelvic bones. Matt is unlikely to require surgery but will need some time to recover from his injuries."

The Tour of Utah is a multi-stage race that covers more than 700 miles of the Beehive State and brings in cycling teams from all over the world. The final stage ends Sunday. Click here to visit their website details on the race and route.