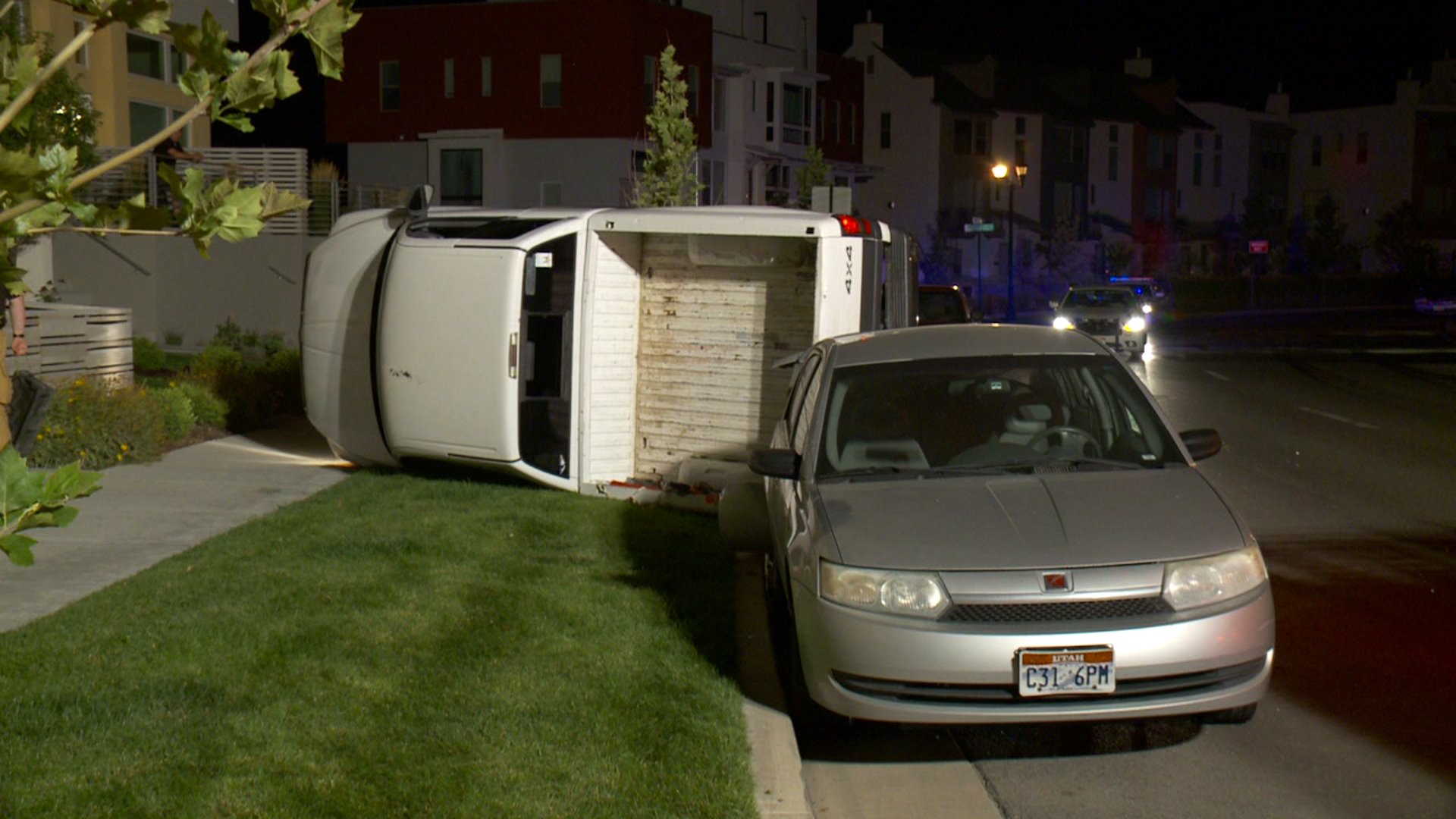 SOUTH JORDAN, Utah – Soggy roads are being blamed for a rollover accident in South Jordan overnight.

Police said, just after midnight, they found a dodge truck on its side which had collided with a parked car.

The female driver was taken to the hospital, her injuries were not life-threatening.

Two other passengers were treated at the scene.

The accident is still under investigation but officers say the woman may be facing charges.

Officers are reminding drivers to slow down at night, especially if roads are wet.