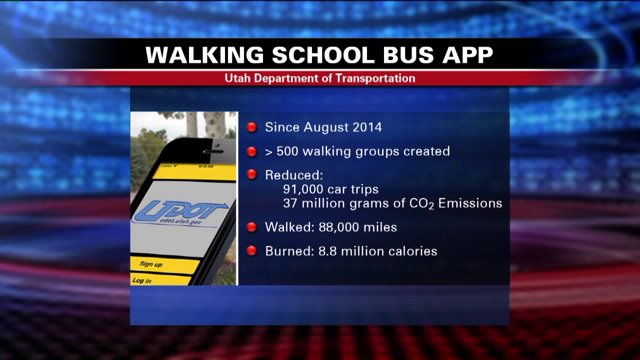 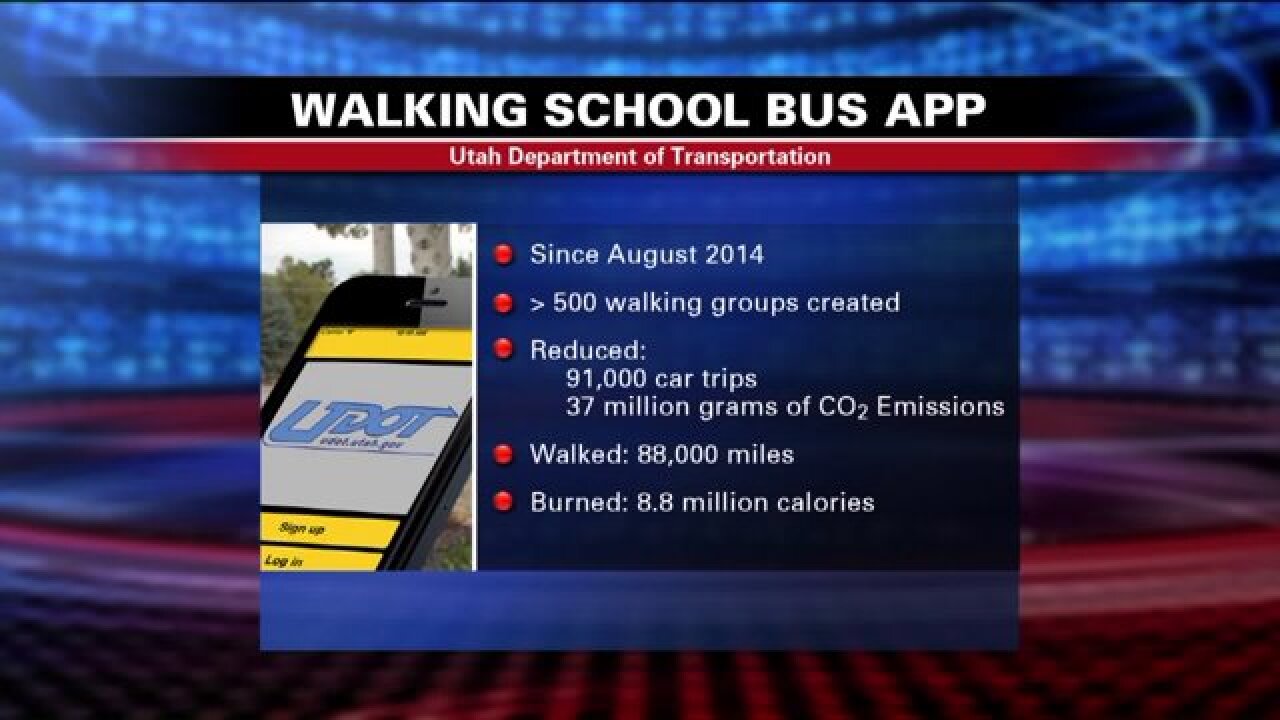 SALT LAKE CITY -- Governor Gary Herbert joined families and many children at a Sugar House home and practiced walking with them. It was all to promote the Walking School Bus app.

This year there have been new updates to the app all based on parent feedback.

Parents and kids walked with Governor Herbert on Thursday morning for about a half mile to Highland Park Elementary School.

More than 500 walking school bus groups have formed since the app was launched last August.

The free app not only gets kids walking and exercising, but it helps reduce air pollution and makes going to school safer for children and families, giving parents peace of mind.

Robin Beasley, a mother of five, used the app last year and loved it.

"It's a no-brainer," Beasley said. "We download tons of stuff on our phones and this is an app about health, community and meeting other kids and socializing with other kids. Why wouldn't we want to do that for our children?"

Governor Herbert said this is what every family who can walk to school should be doing.

"In our society today, exercise is really important," Herbert said. "We are probably too lackadaisical; too many video games and watching TV when they should be out exercising. So this gives us an opportunity to promote some exercise and has the added benefit of cleaning up our air."

UDOT said some of the app's new updates include easier scheduling and it is now more convenient to invite other parents to join a walking group via Facebook.