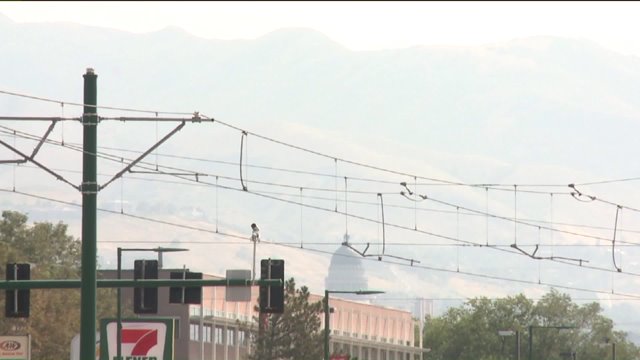 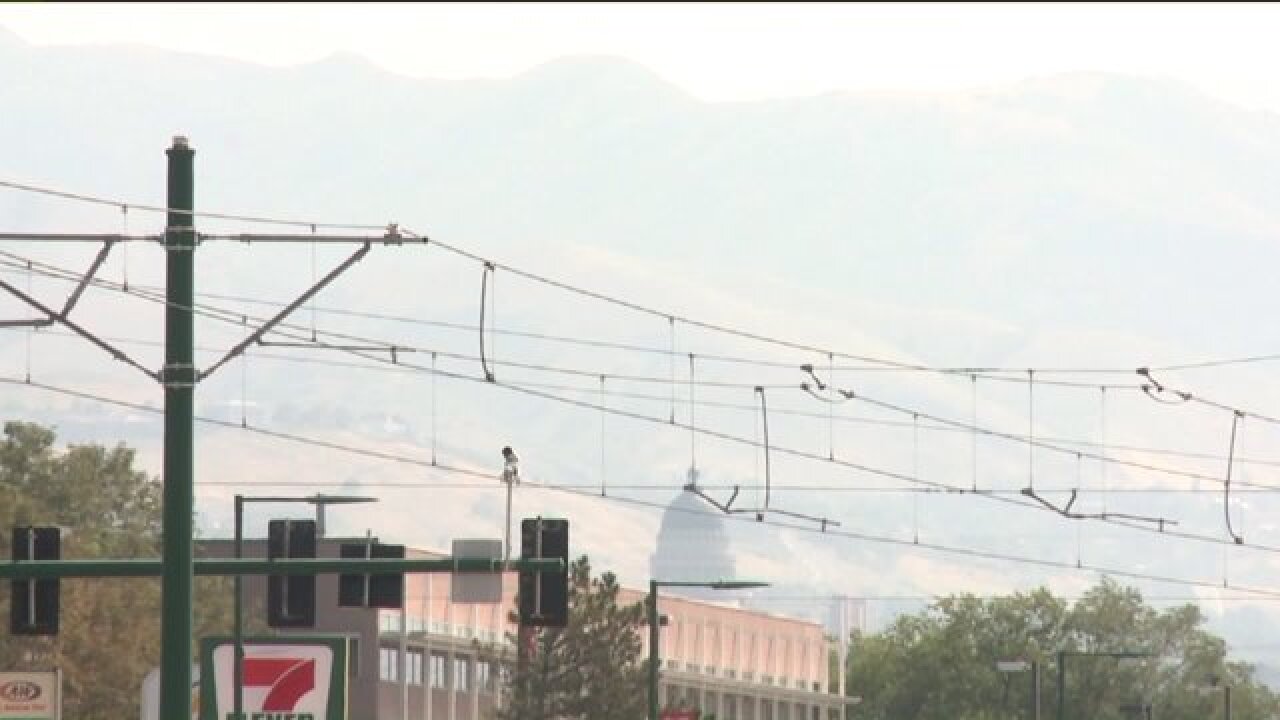 SALT LAKE CITY – The wind is bringing remnants of smoke from massive wildfires burning in California and the Northwest into Utah. The Utah Division of Air Quality has issued a yellow, or moderate air warning, over the next couple days.

While Utah has seen less wildfires this season, remnants of smoke from neighboring states are causing an increase in pollution.

“There is a lot of fires going on right now,” said Steve Rogowski with the National Weather Service.

Rogowski said smoke particles are being carried by an air stream moving up over California, through Oregon and down into Utah, creating an inversion-like haze over the valley.

“In the next couple days, we’re going to see our winds switch to out of the Northwest, so the smoke will be increasing from the fires across the Pacific Northwest, namely Oregon, Washington and Idaho,” Rogowski said.

Officials with the Department of Environmental Quality say while the air is not as bad as it looks, it’s important for some people to take precautions.

“If you have asthma, or some allergies or any kind of respiratory breathing issues, they can exacerbate those conditions,” said Bo Call with the Division of Air Quality.

Dr. Brian Moench with Utah Physicians for a Healthy Environment, said wildfire pollution coupled with high ozone can be dangerous to a person’s health.

“This is a threat, not only to their lungs, but to virtually every significant organ system – the heart, in addition to the lungs,” Moench said. “Try and avoid physical activity during that time, if you can.”

Call said one positive impact of the wildfires is particulates from the smoke can create beautiful sunsets.

“The light is going through all those particles and things in the atmosphere, and it just tends to distort it and change colors, and so you’ll see some pretty spectacular sunsets,” he said.

The air is supposed to clear up by the end of the week.

Officials with the DEQ remind Utah residents they can help decrease pollution by cutting back on their driving and choosing to carpool or take public transit.

To get daily air quality ratings or tips on how to stay healthy on a bad air day, visit http://air.utah.gov/forecast.php?id=slc.