UPDATE: As of Thursday, the fire in Santaquin Canyon is burning on about 340 acres and is about 60 percent contained--up from the 20 percent containment reported Wednesday. Officials believe the blaze may have been human caused.

SANTAQUIN, Utah -- A 300 acre fire burning near the mouth of Santaquin canyon is bringing back memories for neighbors who watched the same hillside become a wall of flames 14 years ago.

"I was up Santaquin canyon when the fire started, hunting deer and I saw the big plume of smoke," said Tim Ringger remembering his hunting trip in 2001. On Monday, he is standing in his front yard watching smoke drift up from the same hillside. Ironically, its the Molly fire, 14 years ago that is helping protect his home now.

"If you look up at the top, you can see the old burned out trees from that old fire, which would actually be a benefit to this fire because it's going to slow it down," said Reid Shelley, the Assistant Fire Manager for the Uinta-Wasatch-Cache National Forest.

Crews are working on the ground and the air to contain the blaze. A retardant plane drops a line of defensive between the flames and the nearest houses while a pair of black hawk helicopter drop water buckets on hot spots.

"Santaquin city called me and just said that basically it was under control but be prepared just in case something happened where they had to evacuate," said Ron Diamond. He was working in his front yard when a neighbor came over to say the hillside behind his home was on fire. Watching the helicopters, planes and dwindling smoke overhead, he's not overly concerned, "go in and eat my supper, I'm not too worried about it now."

Firefighters are still investigating what started the fire. 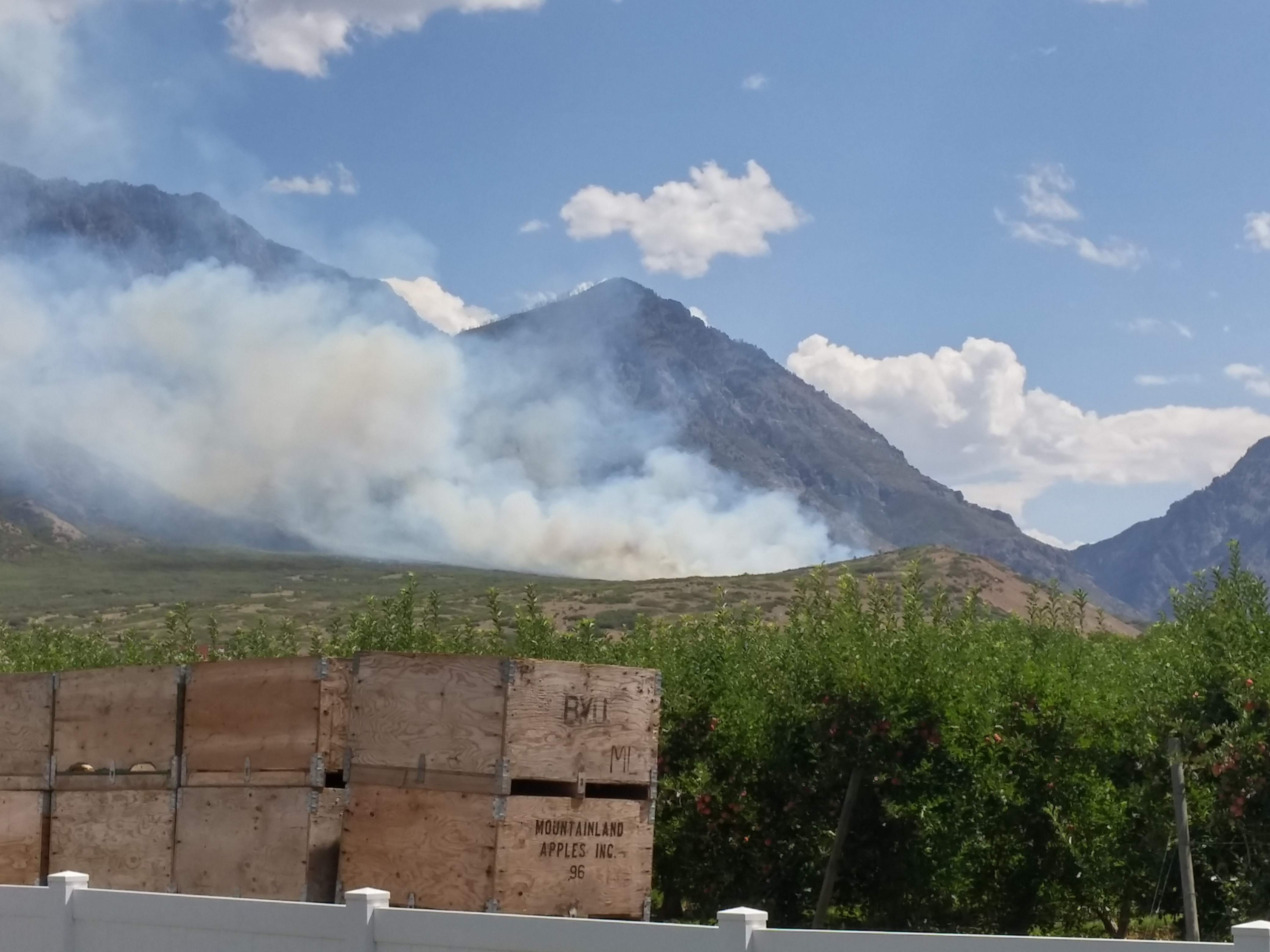 Ground and air crews are currently working at the mouth of Santaquin Canyon on a brush fire. Santaquin canyon road is closed.