SALEM, Utah -- It was a close call for residents as a canal breach threatened their homes and a nearby elementary school Tuesday morning.

Residents prepared for the worst as hundreds of gallons of water flooded toward the town after a canal running above the city breached shortly before 11 o'clock.

"You can imagine with that breach how much water was coming out of that canal and it was scary to see the water coming toward the community," said Chief Brad James, Salem Police Department.

Within minutes, hundreds of people went to work to divert the canal water from flooding their homes.

"We had planned to divert this water out and around our homes down in the lower fields if need be," James said.

Meanwhile, local contractors placed concrete and mounts of dirt to fill the breach. Nearly two hours later the canal was finally plugged. A close call for residents as the water stopped just 500 feet from homes.

"There's no homes that had been damaged. We have some tired people but we were able to accomplish what we needed to accomplish," James said.

The Bureau of Reclamation owns the 99-year-old canal. They blame gophers as the culprit for the canal breach.

"Part of the top of the canal failed probably due to a rodent hole," said Kent Kofford, Deputy Area Manager for the Bureau of Reclamation's Provo area office.

A representative for the Bureau of Reclamation said it will take hours to drain the 18-mile canal so they can fix the breach.

To make sure this doesn't happen again, BLM officials will be inspecting the entire canal Wednesday morning. 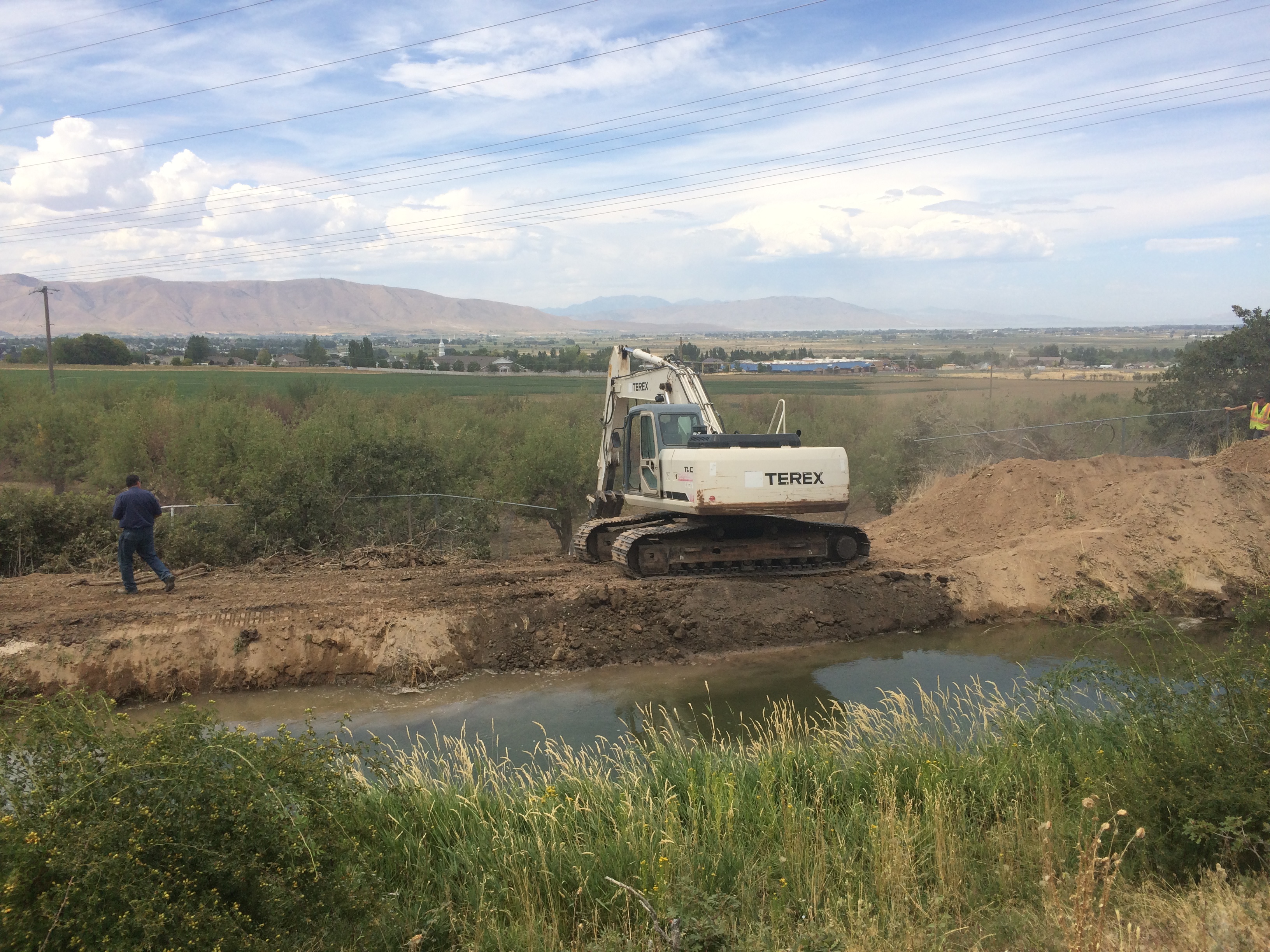