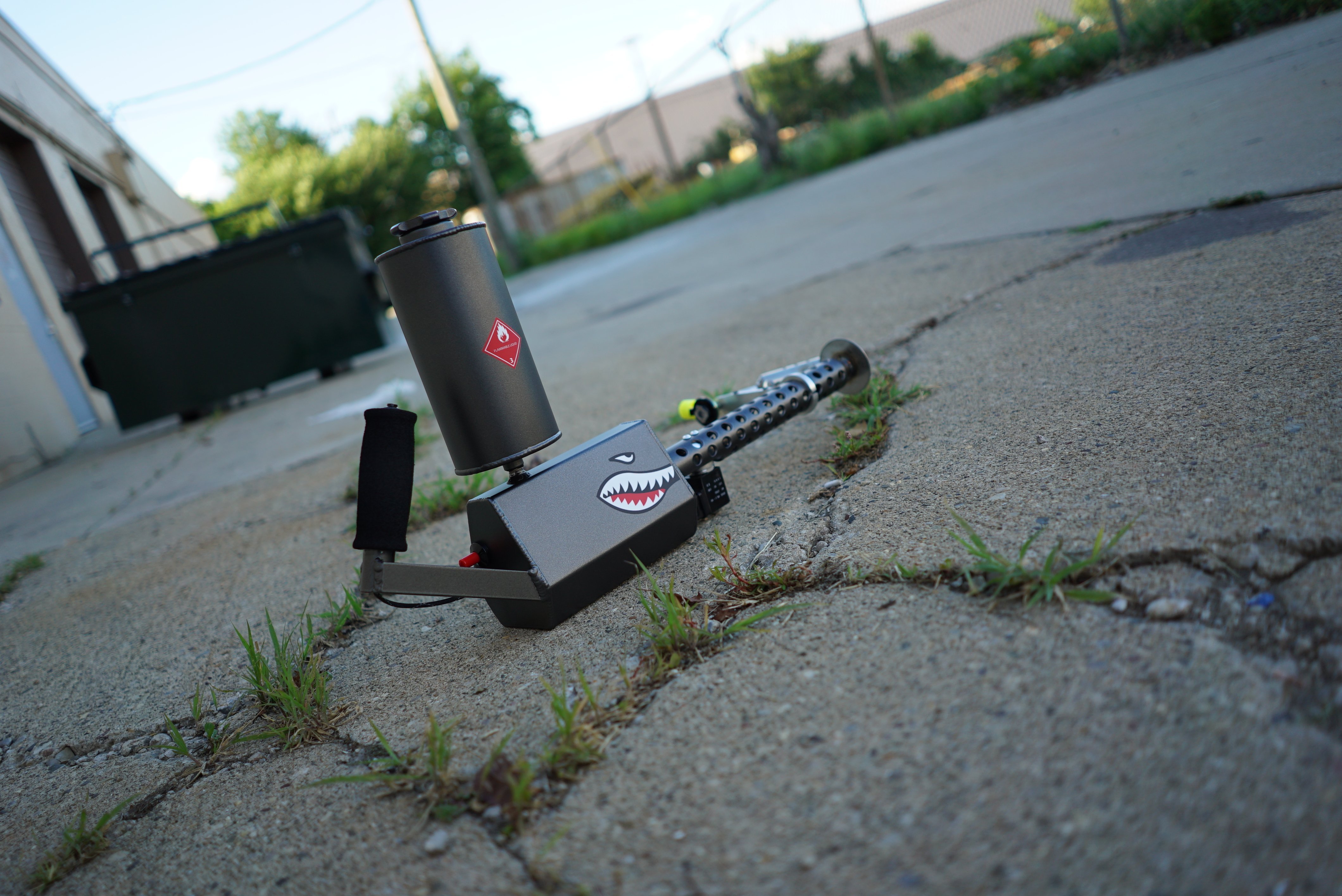 (CNN) — The debate over the Second Amendment has gone up in flames in Michigan.

The City Council of Warren, a suburb of Detroit, is debating an ordinance that would ban the assembly, storage and use of –flamethrowers?

Resident Chris Byars figured people had seen flamethrowers in movies and video games, and maybe they’d want one of their own. So he designed a commercially available flamethrower for public purchase, and raised nearly four times his goal on a crowdfunding site.

Byars’ company, Ion Productions Team, completes the assembly of the devices in town, but Warren Mayor Jim Fouts wants to change that.

Fouts is working with the City Council to pass an ordinance to outlaw “the assembly, storage and use of flamethrowers” in Warren, calling the devices “terrorist machines” and disasters waiting to happen.

“We cannot wait until a tragedy occurs,” Fouts said. “If you sell this en masse … you face a potential catastrophic event occurring.”

Fouts argues that, unlike firearms, which are unavailable to people with a criminal record or mental health issues, flamethrowers face no such restrictions.

Byars, however, argues that for the mayor “to ban ownership of an object because it frightens him is ridiculous.”

“I’m a fan of personal freedom and personal responsibility,” Byars said. “If someone does something dangerous with an object, blame the person, not the object.”

Fouts continued, “I respect your Second Amendment rights, but this is something you don’t need to own.”

Byars said the increased media attention has led to sales of his flamethrowers doubling. Though “nobody’s ordered one in Warren.”