Mini-bottles could make a comeback in Utah 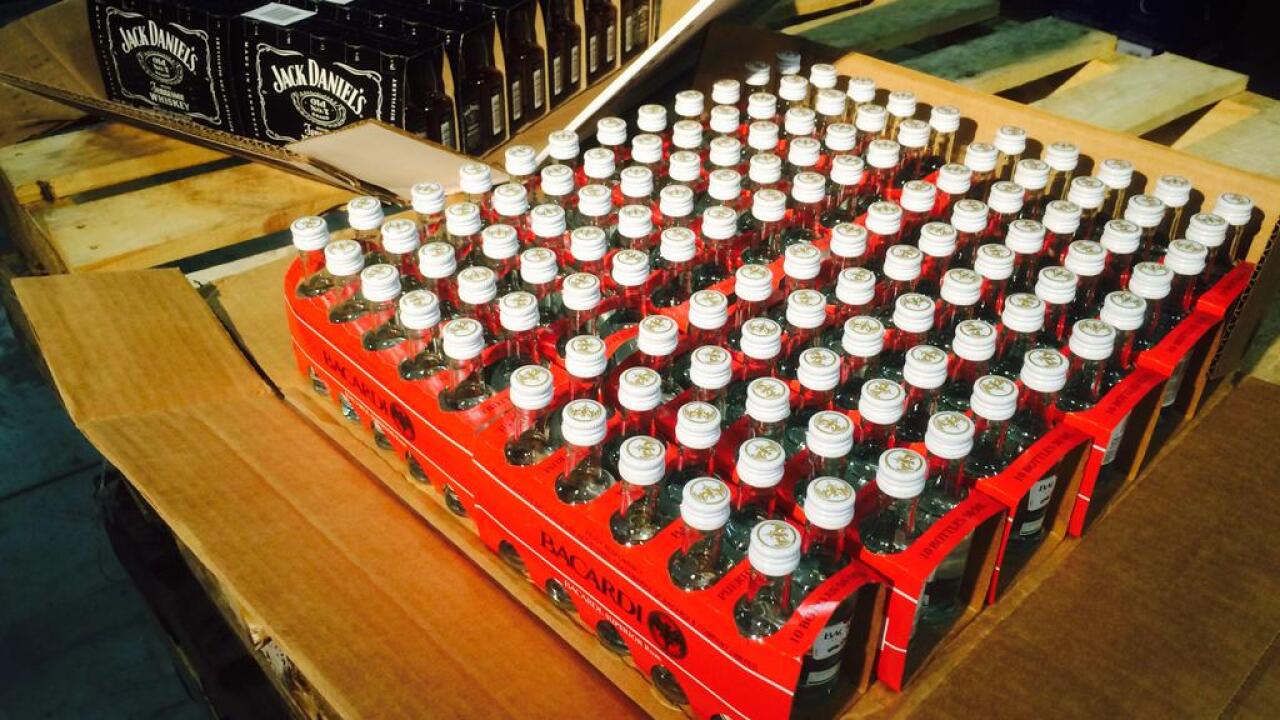 Cases of mini-bottles at the DABC’s club warehouse in Salt Lake City. (Photo by Ben Winslow)

SALT LAKE CITY -- Utah's liquor control authority is considering whether to allow local wineries and distilleries to sell mini-bottles, bringing the tiny bottles of booze back after a decades-long absence.

At its monthly meeting, the Utah Department of Alcoholic Beverage Control Commission considered a change to its rules to allow minis to return. It follows a request by local wineries and distilleries to sell them in their store-run liquor stores, known as "Type 5 Package Agencies."

"In historical information, there contains no policy discussion on why mini-bottles should not be sold to the general public for consumption in the home," Nina McDermott, the DABC's Compliance Manager, said in a presentation to the commission.

The proposal would allow local distilleries and wineries to sell mini-versions of their products. However, the DABC said it wanted to explore whether that would open the door for lawsuits from out-of-state distilleries and national distributors.

The Utah Dept. of Alcoholic Beverage Control Commission at its meeting on August 25, 2015.

DABC Commission Chairman John Nielsen didn't want to touch it, but kick it over to the Utah State Legislature to take up. The full commission agreed to the delay.

"This is a pure policy issue. It's one that has to do with our overall, overarching liquor control policy in the state of Utah. Mini-bottles have a checkered history in the state. We want to make sure the legislature completely understands what the concept is before we wade into and approve something that they ought to have the policy considerations," Nielsen told reporters after the meeting.

Under Utah law, there is nothing that makes mini-bottles illegal, per se. However, they are not distributed in state-run liquor stores and can only be ordered by the case through the DABC. Hotels and airlines are allowed to distribute them in the state. In the early 1990s, the DABC phased out mini-bottles when bars were allowed to mix drinks with metered shots (it used to be you ordered a mixer and a mini and poured the liquor in yourself).

Cases of mini-bottles at the DABC's club warehouse in Salt Lake City. (Photo by Ben Winslow)

Jay Yahne, the owner of Layton's Hive Winery, didn't understand why the DABC commission would delay it. He said a substance abuse prevention group voiced their opposition, but others on an advisory panel supported the idea. The Hive Winery is seeking to sell minis for a brandy it manufactures.

"I don't see a reason why people taking a smaller version of it home to try it responsibly is such a big issue," Yahne told FOX 13.

The full legislature could take up the mini-bottle issue when it meets in January. Yahne said he had hoped the DABC commission would just let them be sold.