LAYTON, Utah – A gas leak forced three Layton businesses to evacuate, including a day care with 50 children inside.

Parents dropping off their children at the day care notified a supervisor there.

Supervisor Lindsey Davis said she has faced a couple of issues with disruptions at the day care caused by the construction workers before.

"I walked over to the construction workers and one of them said he broke a pipe," Davis said. "The construction company told me he called (Questar) already. I asked him if we need to evacuate and he told me no. Not to. So I called Questar myself because I was concerned."

She said that's when firefighters arrived and called the evacuation.

Parents like Breck Bowen, with three children at the day care, were worried about why Questar did not call for the evacuation sooner.

"I just heard they didn't notify anybody of the leak, so that's frustrating," Bowen said.

A Questar spokesperson told FOX 13 News firefighters beat them to the site by about 15 minutes, and the fire department called for the evacuations before Questar arrived.

The spokesperson said Questar does not call for an evacuation until crews are on the scene and can determine the level of the problem.

No one was hurt in connection with the incident. 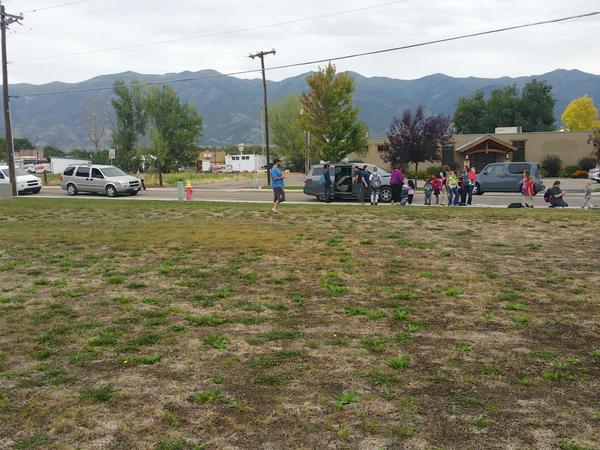