Man dead, woman seriously injured in rollover crash on I-80 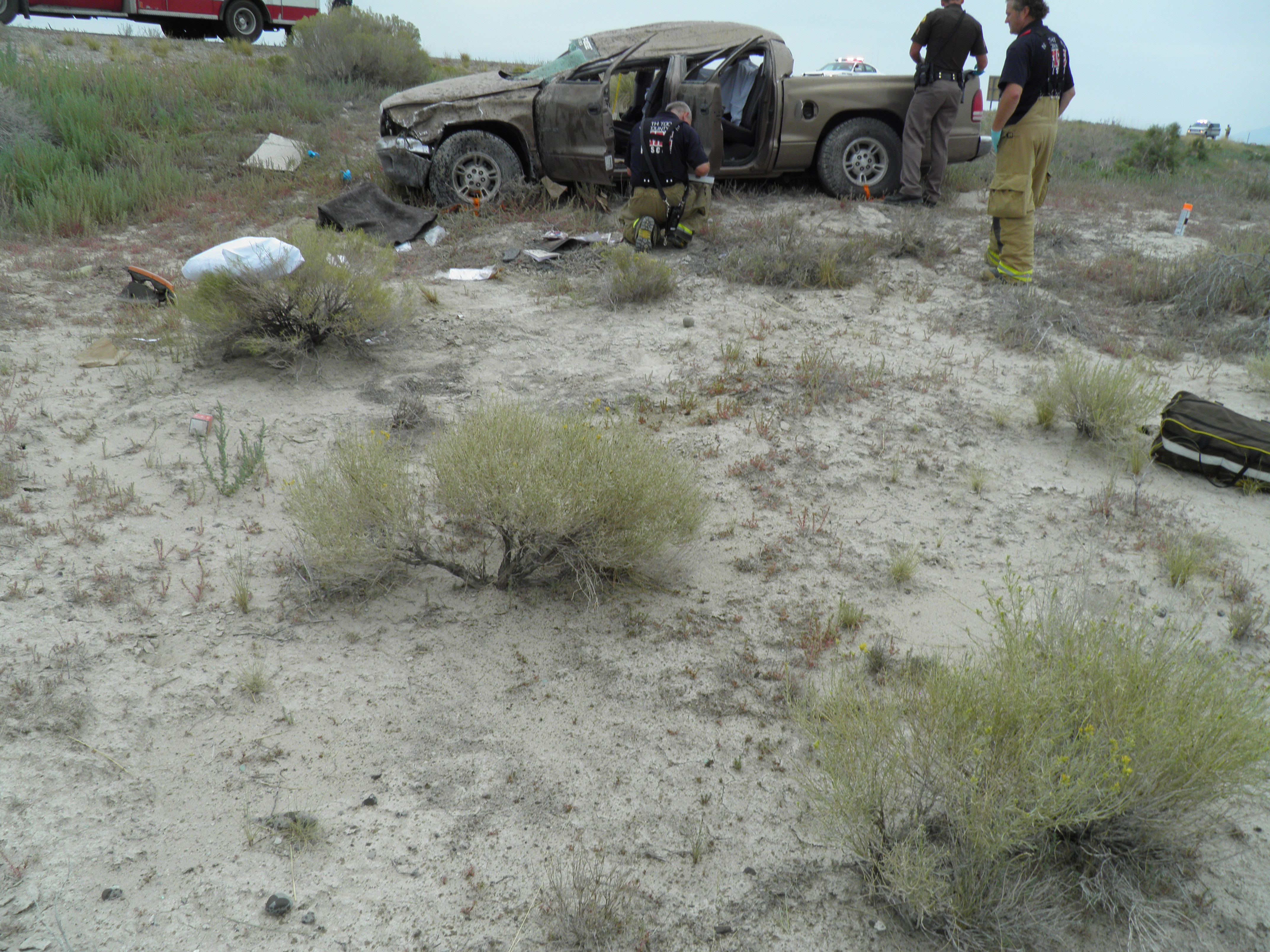 TOOELE COUNTY, Utah – A man ejected from a truck during a rollover crash was killed and a woman suffered serious injuries in the same incident, which occurred on I-80 Wednesday morning in Tooele County.

According to the Utah Highway Patrol, the single-vehicle rollover crash happened on eastbound I-80 near mile marker 70 around 6:49 a.m.

A 61-year-old male passenger who was not restrained was ejected during the crash, and he suffered fatal injuries.

A 48-year-old woman who was driving the truck and wearing a seat belt suffered serious injuries to her head and body, and UHP stated she was taken to University of Utah Hospital via medical helicopter.

Westbound I-80 was closed for about 30 minutes in the vicinity to allow the helicopter to land.

The names of those involved in the crash have not been released.

UHP did not offer specific details about the events leading up to the crash, but they stated “alcohol and drugs are suspect as contributing factors.”