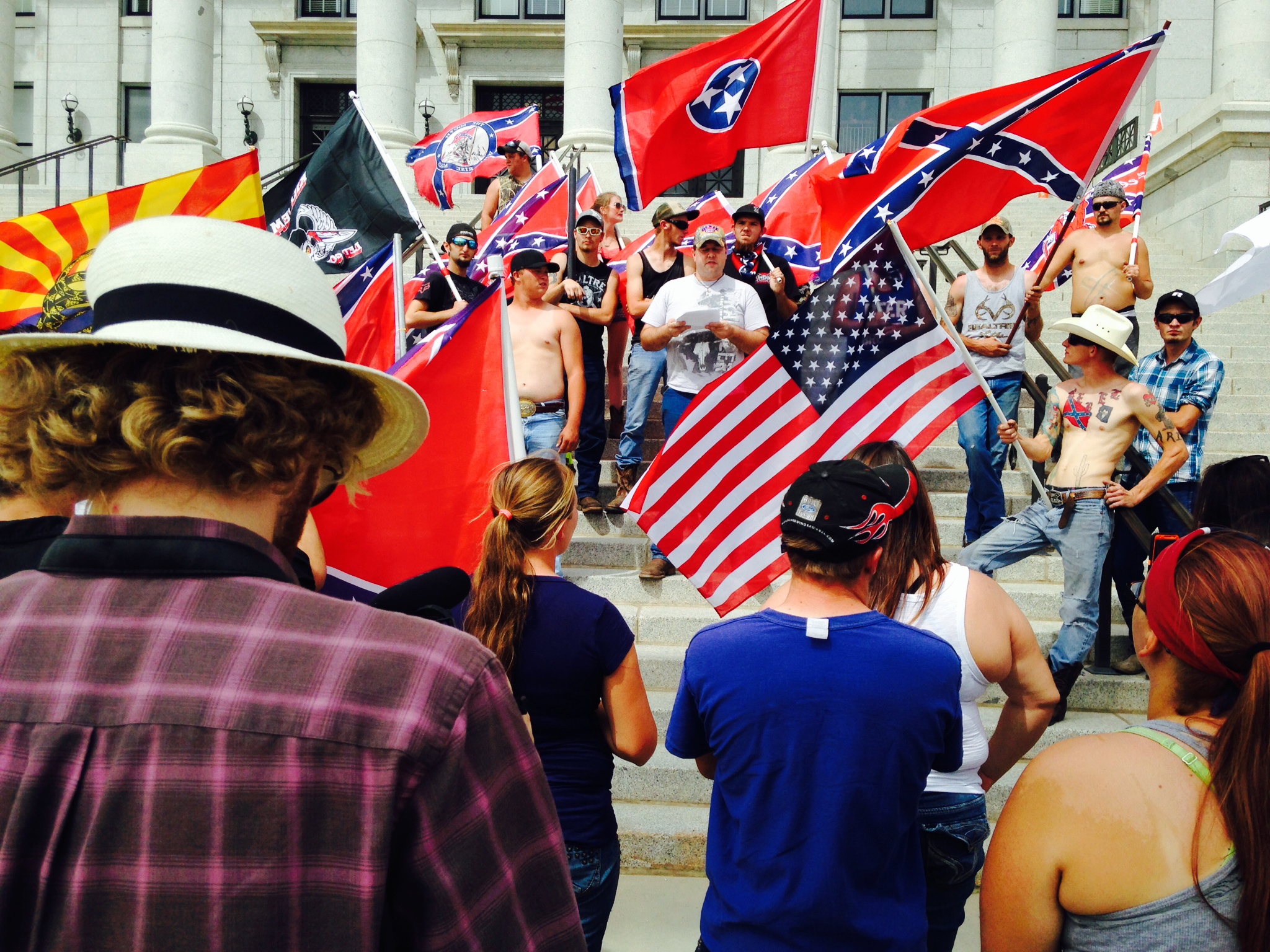 SALT LAKE CITY — A crowd of self-described ‘Salt Lake Confederates’ cruised the streets of Salt Lake City bearing the Confederate Flag and other banners Saturday, and they made their way to the stairs of the State Capitol for a rally in support of the controversial battle standard.

According to an email from event organizers, the rally was put together by a group on social media called “The Salt Lake Confederates”, and the cruise and rally was to show support of the “confederate/rebel flag.”

The group planned to cruise from Sandy to downtown via State Street, and photos from the event show several trucks and participants along the route as well as at the State Capitol.

Event organizers described the rally as a peaceful movement aimed at supporting the history of the flag. A man who spoke during the rally, who identified himself only as Bryan, spoke ot FOX 13 News about  the group’s purpose.

Bryan said many in attendance are friends, and they spread the word of the rally on social media to increase the size of the rally. He and others who spoke to FOX 13 News declined to provide their full names, saying they feared potential repercussions for their involvement.

Bryan said he is a southerner and “doesn’t hate anybody” and that they came to the State Capitol to hold their rally because it is a symbol of democracy.

The Confederate Battle Flag has been at the center of a resurgence of mainstream controversy in recent months, as the flag was removed from the Capitol grounds in South Carolina in response to criticism that drew strength in the wake of the fatal shooting at a church in Charleston, where Dylann Roof allegedly killed nine people in a racially motivated attack. Soon after Roof was arrested, photos surfaced of the man holding a pistol and the Confederate battle flag, which he reportedly revered as a white supremacist symbol.