WEST VALLEY CITY, Utah - Sergio Haro usually comes out to take care of his horse, Star, every morning. But on Sunday, he was left to grieve instead.

“Yesterday, I had my horse perfectly fine, I was riding her around,” he said. “Today, there's nothing.”

Star now lies dead in the ruins of what used to be his family’s barn. Sergio’s brother woke up around 2:30 Sunday morning to find the barn engulfed in flames. Sergio and his family quickly rushed outside and tried to open the barn doors to free Star and the two other horses inside.

"He was about to open the gate,” he said, explaining how his dad approached the barn. “That's when the fire got him in the face."

He and his dad tried everything to get close to the burning building. Sergio said they sprayed themselves down with a hose to open the doors.

Unable to get to Star, or the two other horses and several chickens inside, all Sergio and his family could do was watch the blaze destroy their barn.

He said they could hear the horses trying to escape.

"The horse kept going back and hitting himself, trying to open the doors" he explained.

“She hit her head on the door, trying to open the door, but she couldn’t,” he said.

All of this transpired in a matter of minutes. Soon, a few area fire departments arrived on scene and began tackling the flames.

But by then, it was too late. The barn burned to the ground, and the animals did not survive.

The West Valley City Fire Department is now trying to figure out what caused the barn to go up in flames.

"We've had two investigators out this morning, they're still actively working it,” Battalion Chief Chris Beichner said. “They've got the photos, the evidence they needed."

He said investigators will look over the photos and evidence, and they hope to pinpoint a cause within the next few days.

Meanwhile, Sergio and his family are coping with the loss.

The 17-year-old rode Star in rodeo competitions. He was looking forward to two more competitions this season, the next in less than a week.

To Sergio, Star was more than just a pet.

"She was… a big part of our family," he said, as tears streamed down his face.

All of his rodeo gear was also lost in the blaze. He isn’t sure if his family will try to rebuild, or if he can get another horse.

The other two horses belonged to family friends. Sergio said the family lost nearly a dozen chickens in the fire, but two did manage to escape unharmed. 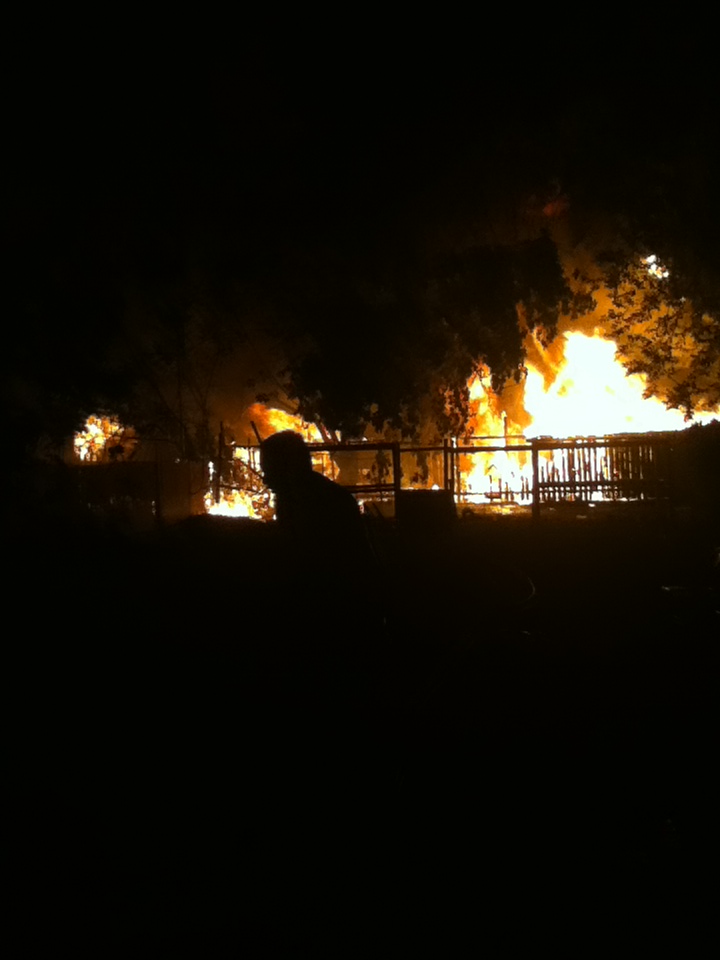