WEST VALLEY CITY, Utah - Police said they have two suspects in custody after an altercation inside the West Valley City driver license division Monday, a 21-year-old man and a 17-year-old boy.

Authorities said the adult is Rujal Hassan Abdi and he is facing charges for assault, disorderly conduct and a protective order violation.

Two suspects in custody after incident at WVC DLD office. A 21yo male and a 17yo male.

According to police, Abdi got into an altercation with a security guard which led to the guard firing one shot at about 10 a.m.

Officials said the guard fired his gun as a warning shot after getting into a fist fight with a man waiting in line.

Authorities said Abdi was acting out and loudly complaining while in line when the guard asked him to calm down.

"They went from escorting him to telling him, 'You've got to sit down 'cause he's calling the cops,' and then from that point they started getting in each others faces, shoving each other," a witness, Rafael, said.  "Then the officer and the gentleman fell down, they started wrestling. All these people started jumping on top of them, including myself, trying to get people off. There were punches and kicks and a shot fired as well."

While being escorted from DLD, physical altercation occurred between suspect and security guard. Weapon discharged.

Witnesses said the guard fired a shot into the ceiling after he got back on his feet and no one was injured.

Discharge of DLD security guard's weapon is under investigation. Not clear if accidental or intentional.

Officers arrested the man who started the fight, Abdi, as well as at least one other person who was with the suspect at the time. 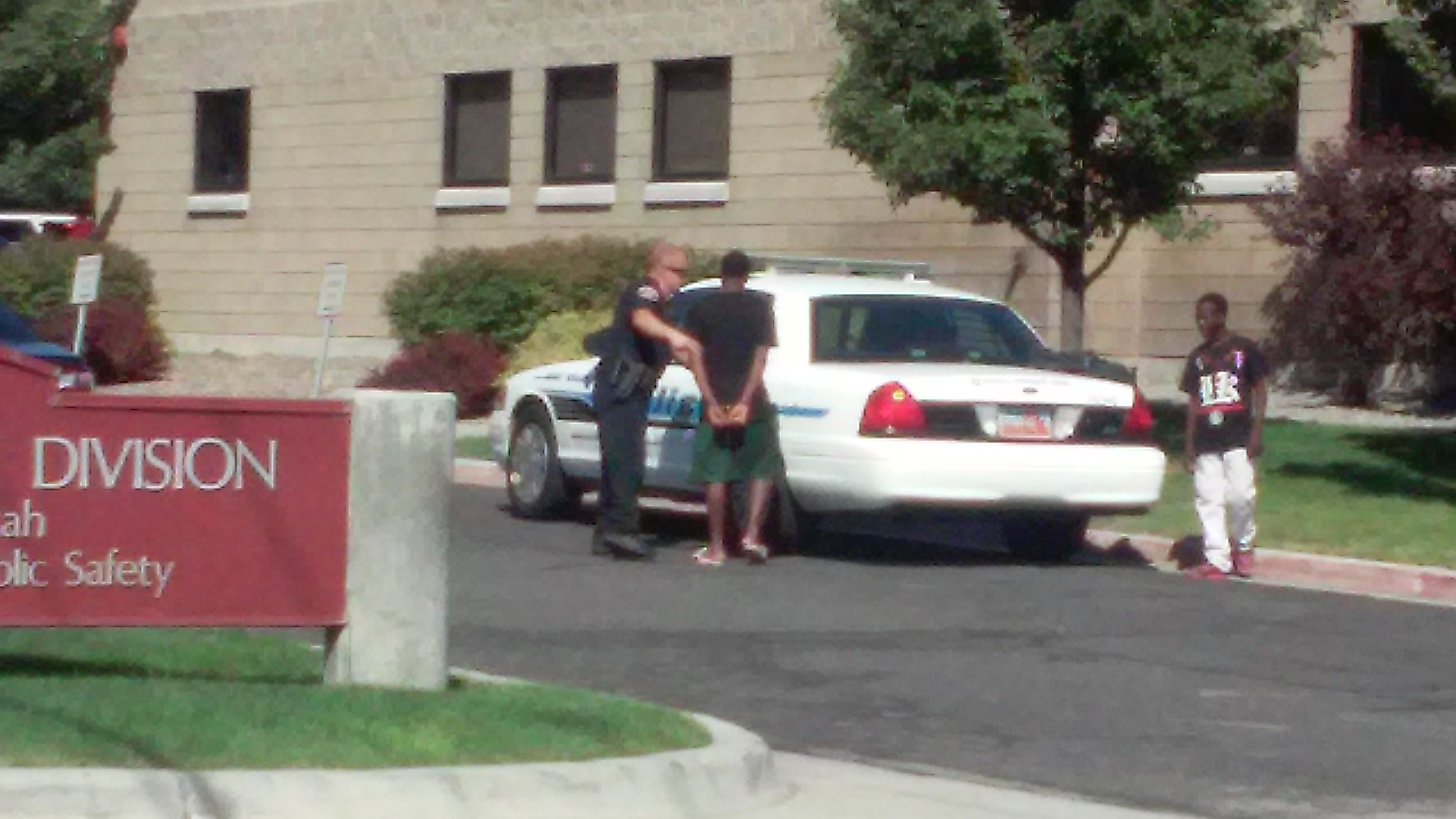