Fallen officer’s son gets special surprise from police before school

DRAPER, Utah - Tuesday marks the 2-year anniversary since a Draper police officer was shot and killed while he was on duty near his home.

Sgt. Derek Johnson was killed near Ballard Corner; he was checking on a couple in a parked car when the man inside, Timothy Walker, shot him.

Sgt. Johnson's wife, Shante, and their 8-year-old son, Bensen, had some help getting through the anniversary Tuesday.

Draper officers arrived to the family's home in style to surprise Bensen and take him to school in a police motorcade.

"I wake up every day and I know Derek is gone and Bensen knows dad is gone but for the community that he served and that he gave his life for, it means a lot to me that they have not forgotten and they care so much," Shante said.

"Today is tough; I worked that morning, I pulled him out of the car," Officer Herbert said as his eyes filled with tears.

Other officers high-fived Bensen and wished him a great day at school.

Deputy Chief John Eining said they want Bensen to know that the Draper Police Department will always be there for him, just the same as his dad was always there for them.

"That's the great part about being a police family is that we are family and so we are there for him," Deputy Chief Eining said.  "And he doesn't have his dad any longer so whatever small role we can be a part of that, we want to fulfill that for him. "

Shante wished her son a great day and kissed him goodbye.

The officers are dedicating a memorial bench and stone to Sgt. Johnson. 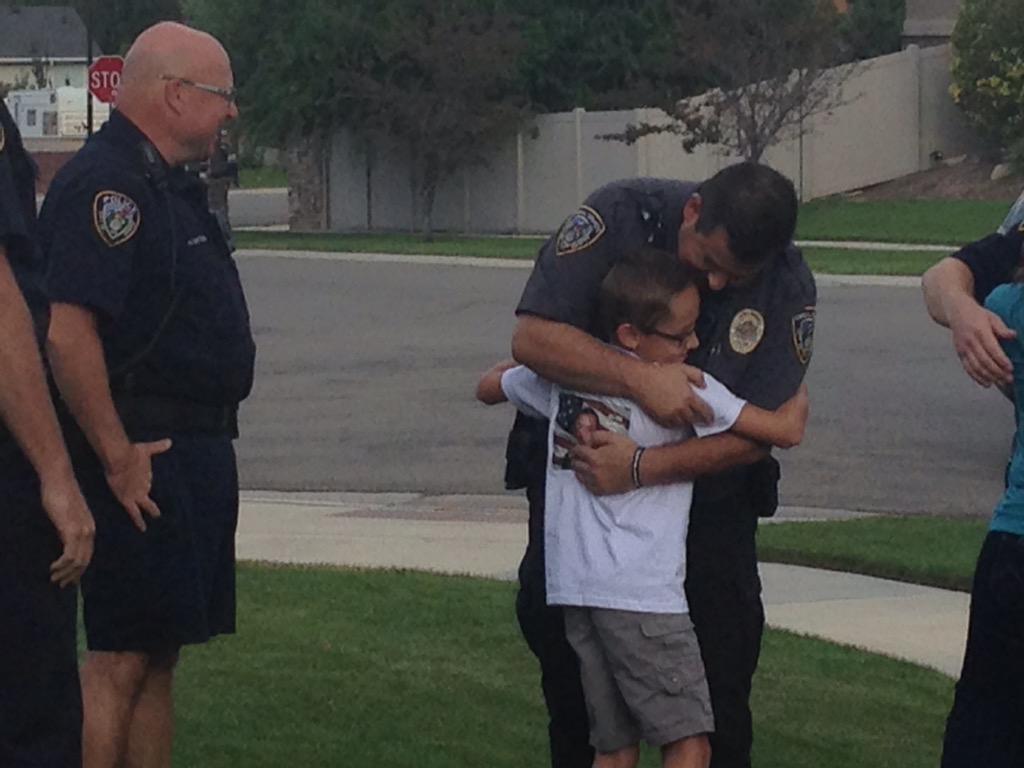