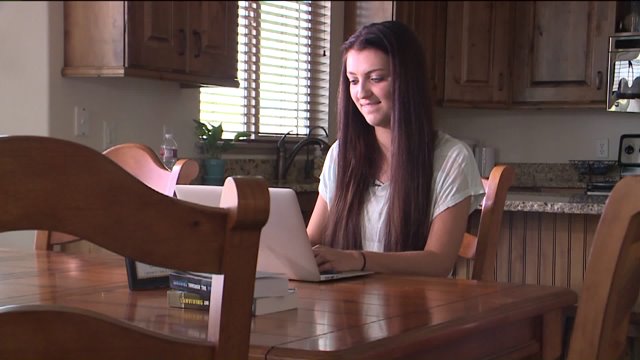 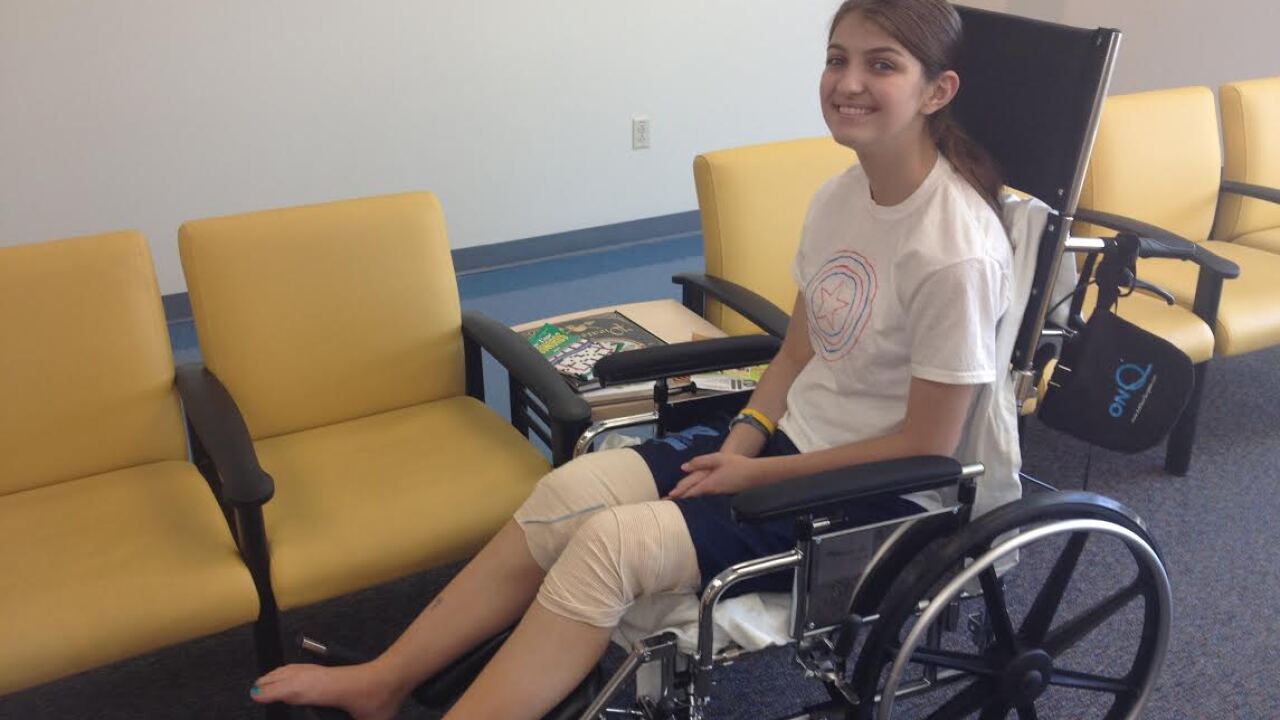 PROVO, Utah -- A student at Brigham Young University is getting prepared to release her second novel, but she says she never even liked to write until she realized it was all she had.

Emilee King, 19, suffered from a rare bone disorder in which the femurs in both of her legs are essentially backward, causing her legs to turn inward.

“24-7 even when I was a kid, it was always this way and when I hit my growth spurt it just exasperated it, it just grew and got worse,” King said.

By the end of her sophomore year of high school, the pain became so severe Emilee was forced to undergo surgery. Titanium rods were inserted to straighten the legs, leaving Emilee bed-ridden for most of her junior year.

"I had to be lifted onto everything, any sort of personal hygiene was done right next to my bed," King said.

Three months following the surgery, Emilee took her first steps with her new titanium legs. However, leaving the house was still a long way off. Her pain had been replaced with boredom.

King said: "It was probably the hardest part, just staring at the wall all day every day and wondering like, ‘Is this what it's all about? Is this my life, what's the purpose of this?’”

Then a high school English assignment changed everything. Emilee decided she was going to turn her despair into inspiration, by writing a novel.

“I'd wake up in the morning, ‘I got to write, I got to come up with stuff,’ it was something that gave me purpose," King said.

Emilee wrote a 500-page, young adult mystery adventure about a teenage girl thrown into a situation she doesn't understand and doesn't know how to address. It’s no coincidence that’s exactly how Emilee’s life has been.

“I learned a lot about myself and my experience by writing it down for my fictional character, so it was like therapy in a way, it really gave me this release that I didn't have," King said.

Using the publishing platform Create Space, a partner with Amazon, she was able to release the first of three books in her series: “Surviving a Whisper.”

“It’s amazing," King said. "It’s like I’m Cinderella and this is my dream, and it’s all coming true."

After a total of three surgeries, Emilee is walking normally and getting prepared to release her second novel, but just like in her books, her own life story has a new plot twist. Emilee must undergo another surgery.

“I had breathing problems that have escalated to the point where I have severe chest pain, I can’t breathe, and that’s a problem,” King said.

It turns out Emilee is allergic to the titanium that stabilizes her legs. The rods must be removed, leaving Emilee’s future in uncertainty.

“It is really scary and the unknown is scary, but at the same time: That’s kind of life at this point,” King said.

King’s second novel, “Surviving Through the Night,” is set to be released Thursday, September 3. She will be attending a book signing at Pioneer Bookstore, 450 West Center St. in Provo, from 6:30 p.m. to 7:30 p.m.