WEST VALLEY CITY --  A 3-year-old girl died and a 2-year-old boy suffered critical injuries when an SUV carrying an adult and 8 children on their way home from day care was hit by a southbound vehicle on Redwood Road as the SUV was making a left turn, and officials said it appears none of the nine people in the SUV were restrained.

According to information from West Valley City Police Department, the crash occurred on southbound Redwood Road, which was shut down between 2500 South and 2700 South as crews responded to the crash. The green line for UTA was also disrupted by the crash, but later Thursday evening the roads were back open and UTA services were running as normal.

Officials said the SUV had been northbound on Redwood Road and then attempted a left turn at Research Way when it was hit by the southbound Nissan sedan. Officials initially called the crash a rollover, but later stated the SUV was pushed onto its side but popped back up and came to rest partially on top of the other car.

"That flipped the SUV onto its side, and it hit the ground and it popped back up," said Roxeanne Vainuku, a public information officer for the West Valley City Police Department.

Police stated there were eight children and an adult female in the SUV. At least one child was ejected during the crash, and the 3-year-old girl was killed. A 2-year-old boy suffered critical injuries while the other occupants of the SUV suffered minor injuries.

"During the process of all of this, there was at least one child ejected from the vehicle," Vainuku said. "That child is a 3-year-old little girl, and she has died from her injuries."

The 2-year-old boy has not been identified, but police stated he suffered serious leg injuries.

The adult male driver of the car that struck the SUV suffered a broken arm and injuries described as not being life-threatening. He was later identified as Josue-Diaz-Cruz, 21 of West Valley City, and officials said the man was buckled.

Vainuku said they are still investigating the details of the crash.

Police later stated it appears that none of the occupants of the SUV were restrained.

Vainuku said it wasn't clear how many seat belts were available in the SUV, which was carrying a total of 9 people when the crash occurred.

"I don't know how many seat belts are accessible inside of that vehicle, but it's a lot of people inside of one vehicle, that's something we'll certainly be looking into," she said.

The relationship between all of the parties inside the SUV isn't clear, but at least three of the children who were not injured are siblings. The mother of those three uninjured children said the driver of the SUV is a friend of hers and doesn't usually give those three a ride, but today she did pick them up from day care.

"Just a friend giving a carpool ride home," the mother, who asked not to be identified, said. "...It wasn't a regular thing for them to be driving with her."

The woman said it's a tragic crash and that the victims are in her, "thoughts and prayers." She said her own children were mostly OK.

"Said he was fine, said he had some road rash, but mostly just wanted mom," she said.

The woman said there weren't enough seat belts in the SUV for everyone inside, though officials have not yet confirmed that detail.

"Because I know there wasn't room for all the seat belts, so then you have guilt at, 'What if I hadn't had asked her to give my children a ride? Would there have been room?' ...and if you know... It's pretty hard."

FOX 13 News' Matt McDonald is at the scene of the crash and spoke with officials and the mother quoted above, tune in to FOX 13 News at Nine for his report. 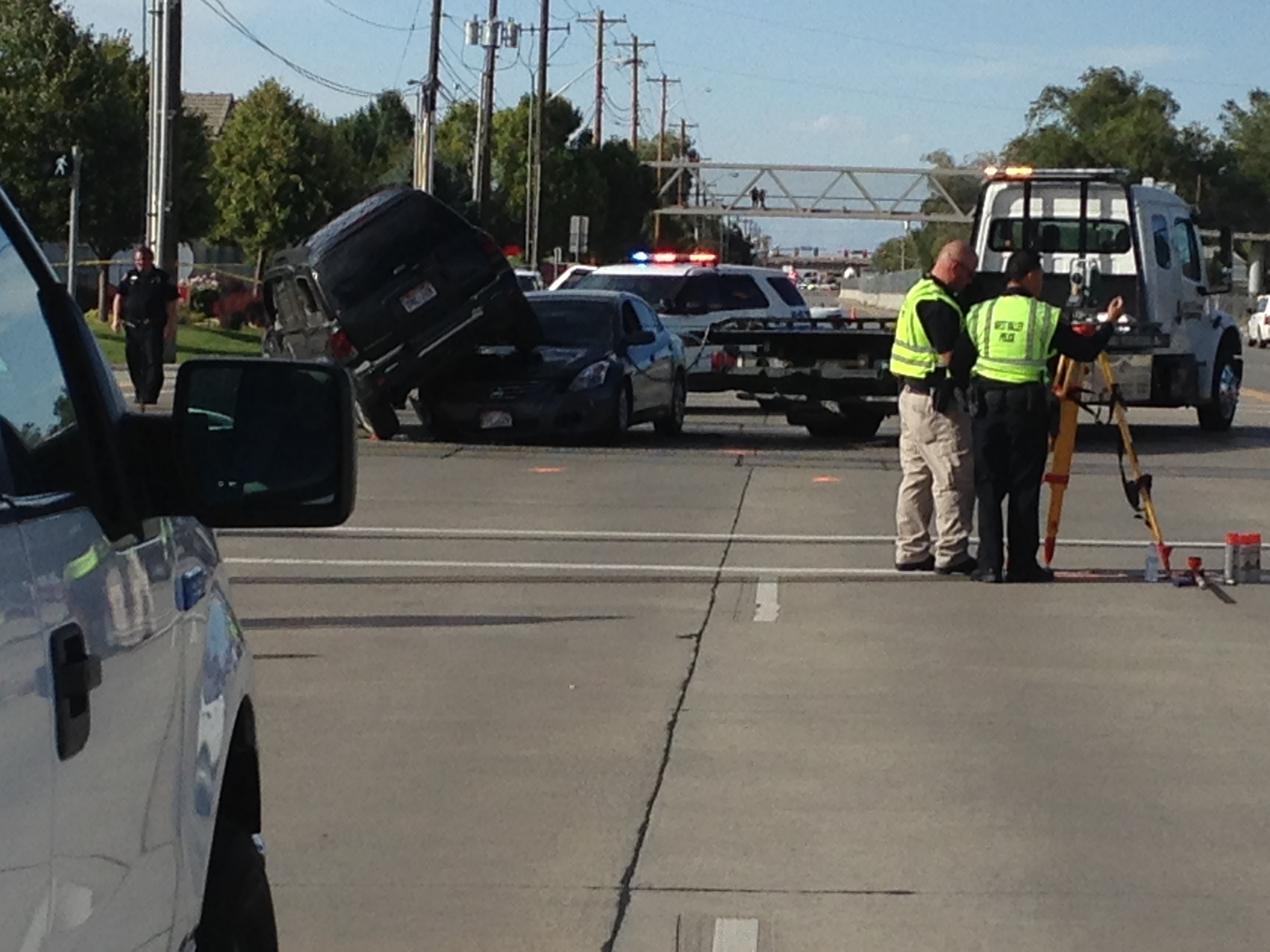