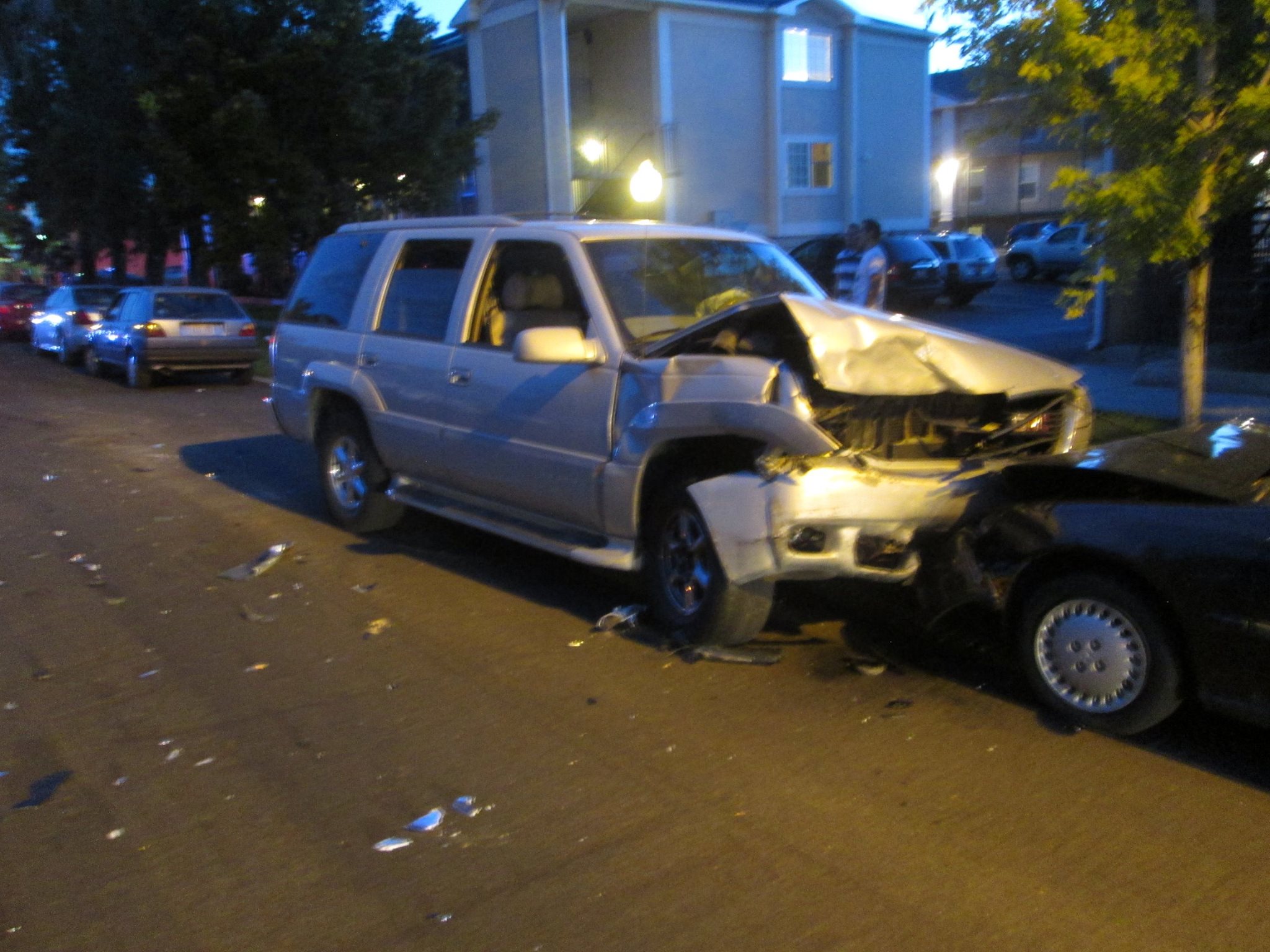 PROVO, Utah – A man was taken into custody after he allegedly drove through barricades set up to protect pedestrians attending the Provo Roof-Top Concert, began weaving through people, triggered a series of crashes involving eight other vehicles, and then tried to flee the scene on foot when confronted by police.

Officers have arrested 46-year-old Kenneth Hafner of Orem, who was wanted out of California on a parole violation. The man was booked on numerous traffic offenses and other charges, including aggravated assault on a police officer and failure to remain at the scene of an accident. While officers are still awaiting tests results to verify, they said they suspect Hafner was under the influence.

According to a post from the Provo Police Department, things began around 6:57 p.m. when Hafner drove an SUV through the barricades set up to protect pedestrians at the Provo Roof-Top Concert. The man then began to weave between concert-goers while driving at about 15 mph.

A police officer caught up to the vehicle and banged on the window in an attempt to get the suspect to stop, but the suspect did not. The officer eventually opened the passenger door and ordered Hafner to stop, but instead the man accelerated—striking the officer and a concert patron.

The SUV turned left onto 100 West and drove four blocks north to 400 North, where the SUV struck an occupied vehicle, starting a chain reaction that ultimately involved another seven vehicles for a total of nine. Three vehicles were occupied and six were parked.

One person from the vehicle crash was taken to a hospital with minor injuries.

After the crash, Hafner jumped out of the SUV and fled on foot, but he was caught by police about a block and a half from the crash site.