OGDEN, Utah -- A field where many homeless individuals have been camping in Ogden is being cleared out by police, but some who make their home there are crying foul: claiming the city gave them permission to set up there in the first place.

The camp is in a field behind the Lantern House, which is a homeless shelter that opened in August.

There are still some tents in the field as well as the remains of a cardboard structure that had been used as a bathroom when the campers began feuding with those operating the homeless shelter.

When all 250 beds inside the shelter weren’t ready, the executive director of the Lantern House asked Ogden Police to tell people to set up camp in the field.

The city owns the field, and while camping there is technically a violation, police agreed to let it go.

Some people transitioned into the homeless shelter once beds opened up, while others refused.

With two dozen people camping out, and more tents being set up every day, the Lantern House started limiting access to the bathrooms and meal times at their facility.

That's when they say things became a wreck.

"It became really trashy over there, litter was everywhere, they were stealing the toilet paper out of all of our restrooms,” said Jennifer Canter, Executive Director of Lantern House.

Jason Popielarski is among those who camp at the field, and he spoke about the situation.

"Well I came here for the resources: food, water, bathrooms, showers—and I just want my privacy, and I want my own living space,” he said.

Staff at the Lantern House said one man acted in retaliation for the decision to begin limiting meals and bathroom access, and he expressed his displeasure by defecating in a bathroom sink four days in a row.

As of Friday evening, several tents remained, though the majority were gone.

Officials said that though the Lantern House may not have a long-term bed for everyone, their overflow room has 45 beds and it is open right now for anyone in need. 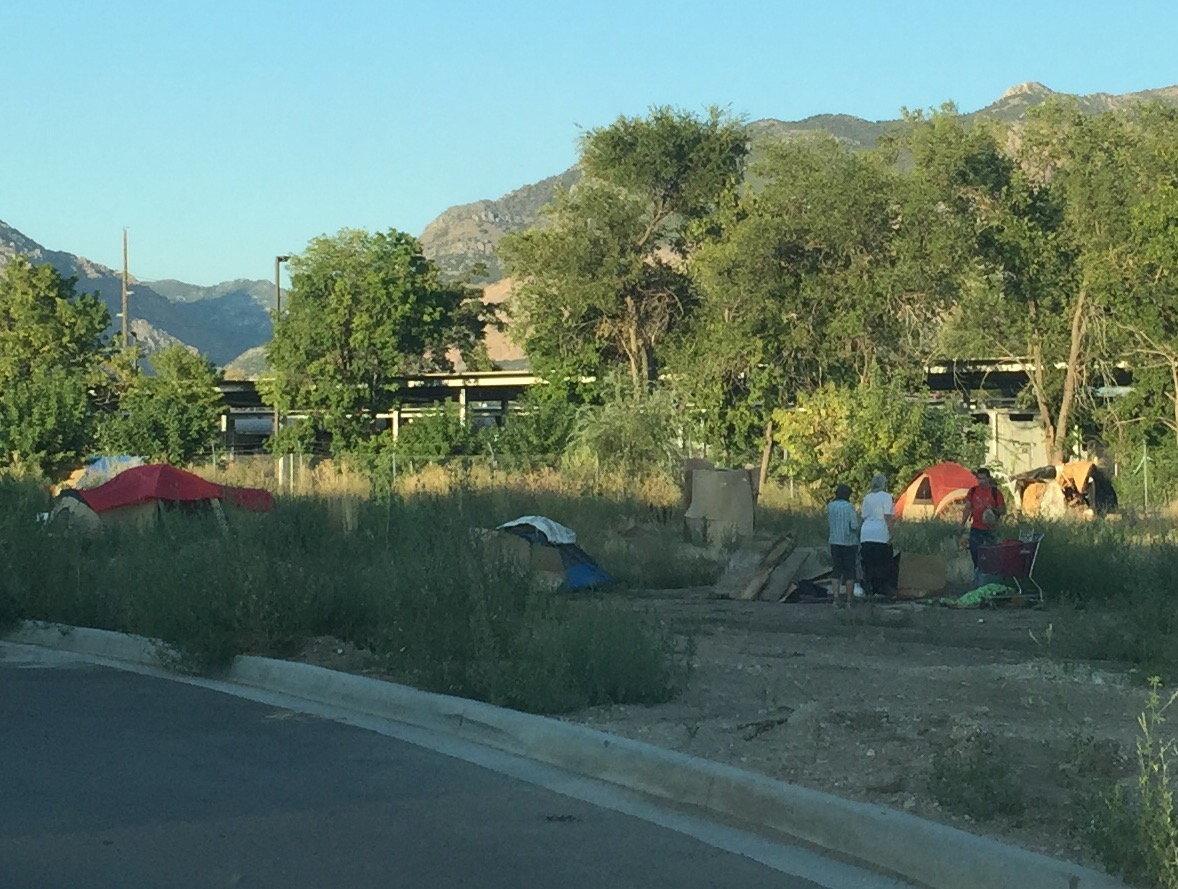