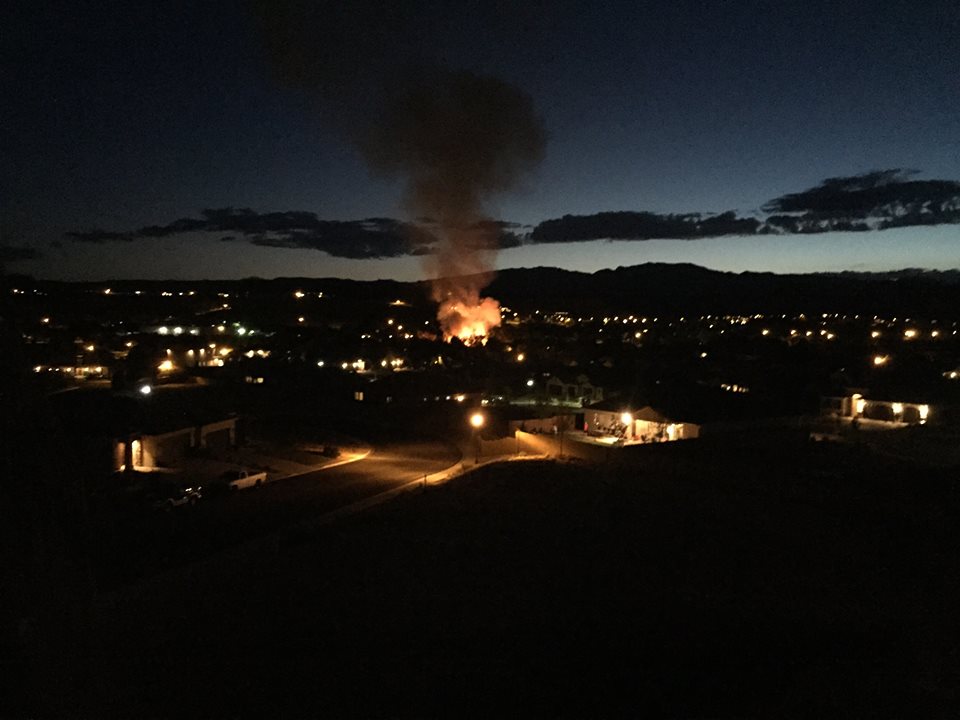 ST. GEORGE, Utah -  Firefighters are warning bystanders about getting in the way after large crowds surrounded an operation Sunday night.

Fire captains say large crowds hindered work, but neighbors say they were trying to get out of the way.

The fire started about 8:30 p.m. Sunday. Tom Callister’s family was one of the first to spot a raging fire behind their neighbor’s house on Bridge Pointe Way. The family joined others trying to put it out, but the flames quickly ate through the brush and trees along the Santa Clara River

By the time firefighters arrived, the flames were shooting into the air. St George Fire Battalion Chief Robert Hooper told St. George News the amount of people gathered to see made it difficult to get up.

“Initial units arrived on scene, found 30-40 bystanders and citizens checking out the fire. Kind of clogging up the streets,” Hooper said. “It did kind of slow down our response and attack on the fire. In addition one of our staff members was almost run over.”

Callister said from their perspective, they were initially just trying to help, and tried to get out of the way when firefighters arrived.

“To me that wasn’t an accurate depiction of what happened,” Callister said. “But before they got there, there were a lot of people back there, but they were all us.

The fire burnt through about an acre of brush. Firefighters said there were no property damage or personal injury. The cause is still under investigation.