CACHE COUNTY, Utah – Fire crews responded to a new wildfire Wednesday near the mouth of Sardine Canyon in the Wellsville area, and by Wednesday evening the Aspen Fire had burned an estimated 75 acres but was mostly contained.

"I walked up to the top of the hill to see how close it was," Homeowner Aaron Atwood said. "It was about 100 yards from the top of my property line, and I just started calling people to come over and help just in case."

The fire spread toward about a dozen homes in the early evening, but the winds eventually took the flames in the opposite direction.

Crews from Cache Valley and the U.S. Forest Service fought the fire from the ground and the air for several hours, eventually containing it by nightfall.

According to the Cache County Sheriff's Office, the fire may have been caused by someone using a model rocket in the area.

"We advise everyone to please be careful when they do have open burns, and when they're out recreating, please still be careful," said Jason Winn, who is a Fire Marshal for the Cache County Fire District.

While Winn said they had contained the fire, he expected several crews to remain in the air to extinguish and monitor hot spots on the property. 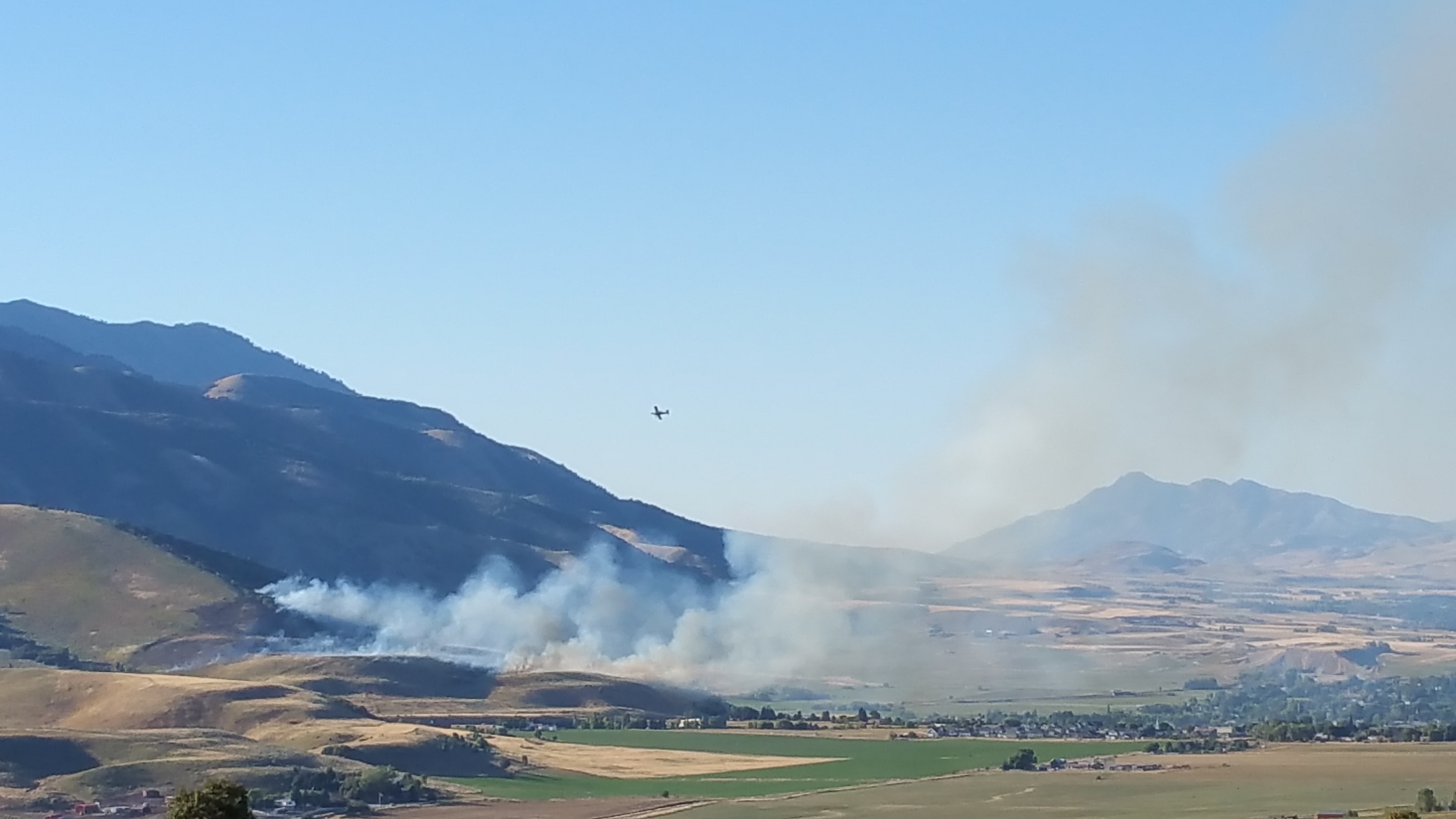