AMERICAN FORK CANYON, Utah --  A couple out taking pictures in American Fork Canyon Thursday may have saved a woman's life after they heard cries for help and found the scene of a car crash, where the seriously injured woman had been trapped inside her vehicle for two days.

Officials said the vehicle was almost completely hidden by dense vegetation, and because it had traveled several hundred feed down a mountainside, they said if the couple hadn't happened by and heard the shouts, the woman may not have been rescued.

According to a press release from the Utah County Sheriff's Office, deputies responded around 3:30 p.m. Thursday on reports a woman was trapped inside her vehicle in American Fork Canyon.

Authorities said 29-year-old Heather Blackwelder of Utah County had been traveling on SR-92 near Pine Hollow Trailhead two days prior when her car went through a guardrail and "several hundred feet down the side of the mountain," according to the press release. "The terrain in that area is very steep and densely wooded."

It was not clear exactly what time the car crash occurred or what caused Blackwelder to crash.

The vehicle landed on its tires, but it was hidden from view by thick trees and vegetation. The woman was unable to get out of her vehicle.

Two days later, Spencer Dreyden and his girlfriend, Cleo, heard the shouting, but at first they  couldn't see the vehicle.

Dreyden tells FOX 13 News' Dora Scheidell he had to rely on Blackwelder's directions to find her, with him shouting questions and Blackwelder responding.

He said they had no cellular service in the vicinity, so while his girlfriend went to Mutual Dell to call for help, Dreyden continued this exchange and followed the sound of the woman's voice until he could finally see the vehicle, which was in very dense trees and other vegetation.

Dreyden said it's "a miracle" Blackwelder was in any condition to shout, and he said had she not been able to make herself heard, he wouldn't have found her.

“From the distance of where the road was, and the condition that the car was in, it just, it seemed like she should have been way more injured than that,” Dreyden said. “She wasn’t punctured at all by any of the metal in the car or anything like that. She just had, what I believed to be bones that were broken from being tumbled around.”

Personnel from Utah County Sheriff's Office Search and Rescue, Lone Peak Fire Department, and LifeFlight responded after the call was made, and they were able to stabilize the victim and then fly her to Utah Valley Regional Medical Center.

The woman suffered injuries that include broken bones, however, officials stated her injuries do not appear to be life-threatening. She was listed as being in serious condition Thursday night.

Sgt. Spencer Cannon, Utah County Sheriff's Office, said it is unlikely the woman would have been found if the couple hadn't happened to be in the area and outside of their vehicle.

“And being stuck there, being in an area where nobody driving by in a car, riding by on a motorcycle or riding by on a bicycle would have seen her--very unlikely that anybody driving or riding a bike would have heard her, and these folks that did find her: It was just really, really fortunate that they heard her in the first place and were able to work their way down to where she was," Cannon said.

While it was not immediately clear whether or not the victim had a cell phone with her, cell phone coverage in emergency situations has been an issue in American Fork Canyon in the past. Earlier this year, an emergency phone was installed in the Tibble Fork area of the canyon.

That installation was partly motivated by the death of a BYU student killed in an avalanche. The woman's friends had to drive 15 minutes down the canyon in that case before they were able to get a signal and call for help. 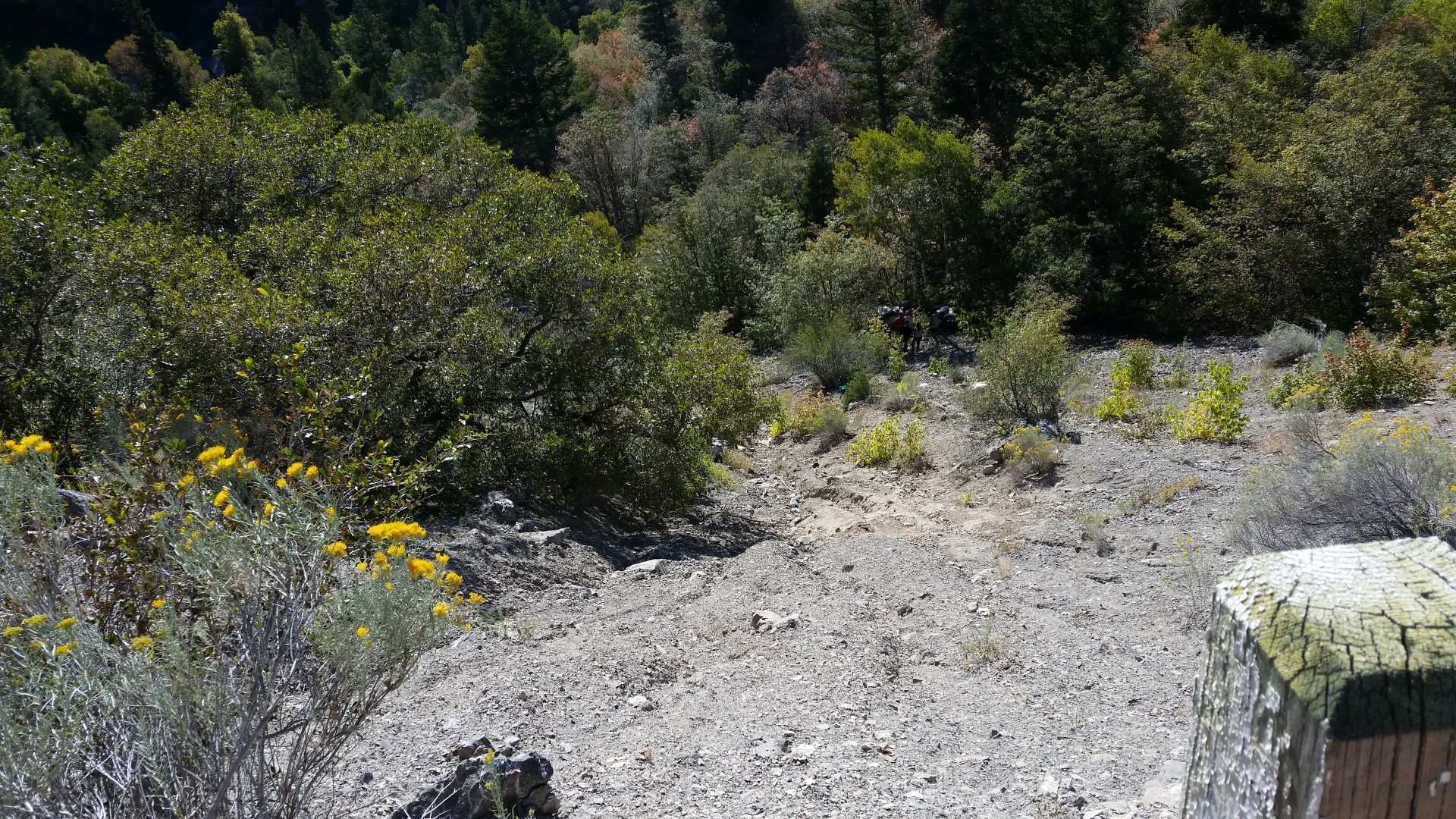