TAYLORSVILLE, Utah - A fire ripped through a Taylorsville apartment complex at 1585 West Thornhill drive around 3 a.m. Friday, and a man who was driving by and saw the flames took it upon himself to warn those inside.

Smoke was engulfing the 20-unit building, with 30-foot flames ripping through the roof.

“I just heard someone yelling, 'Get out! Get out! The building's on fire.'" Navarrete said.

Rushing out of her home, Navarrete watched as the building she's lived in for almost a year was burned by the blaze.

“I was just grateful everyone was out,” Navarrete said.

“I just started beating on doors, hoping that I could get everyone out,” Jeffery Allen said.

Allen spotted the flames from I-215 when he was on his way home from work early Friday morning and rushed to the scene.

“I called 911 on my phone, and I started beating on doors,” Allen said.

And in some cases, Allen even broke down doors. Working to wake up the people inside the burning building.

“God bless him for seeing that and alerting others,” Navarrete said.

“I just did what anyone else would do; if it was my family, I would hope somebody would do the same for me,” Allen said.

The building is a complete loss at $1.5 million in damages. But no one was injured.

“The fact that everyone got out OK and there were no injuries or fatalities given the time of morning, it was at 3 a.m., is just phenomenal that that even happened,” said David Ulibarri, a Public Information Officer with Unified Fire Authority.

The fire destroyed all the units in this building, displacing dozens of families. The Red Cross has been on scene and is helping 20 residents. As to what caused the fire, that is still under investigation. 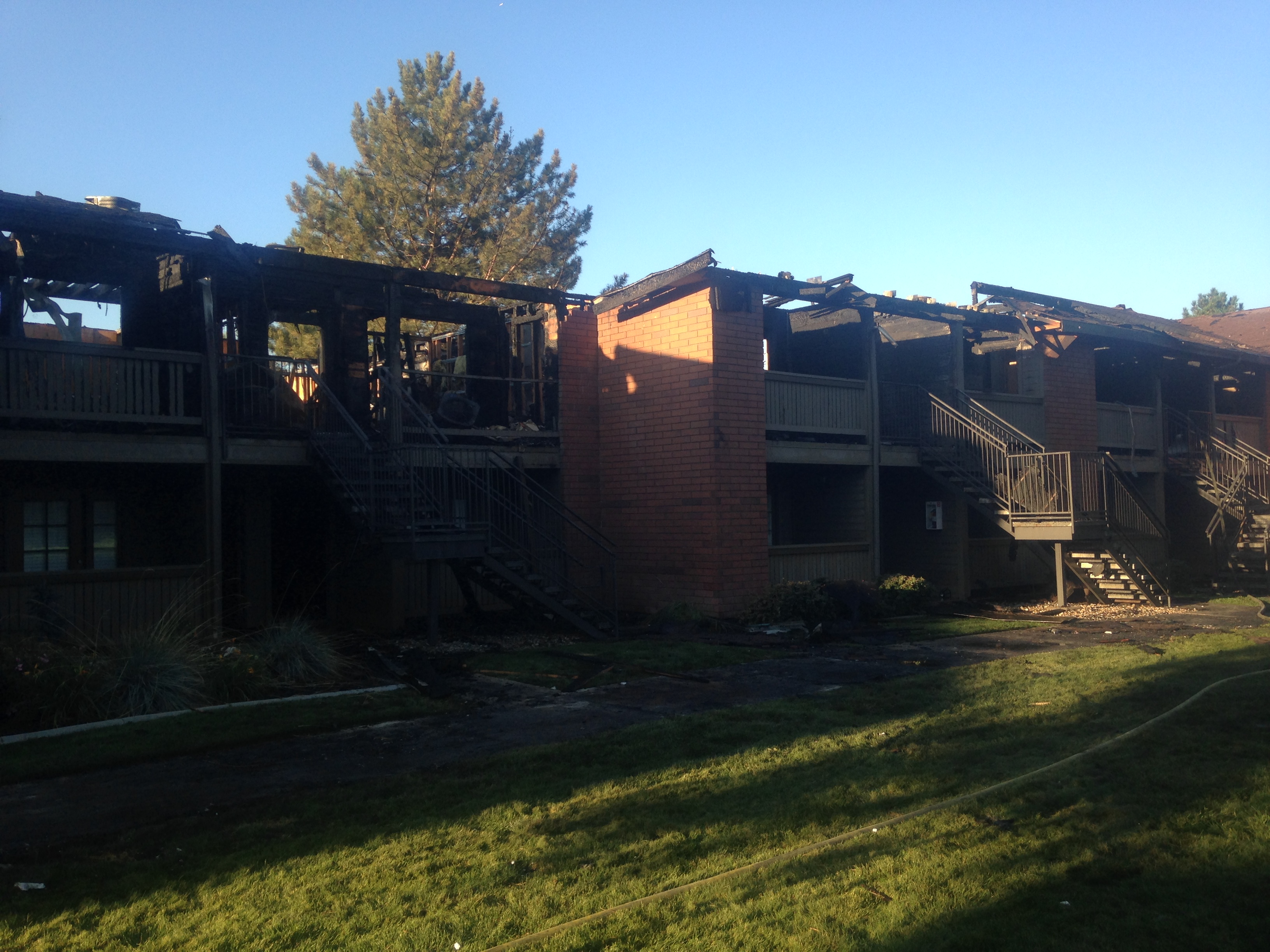