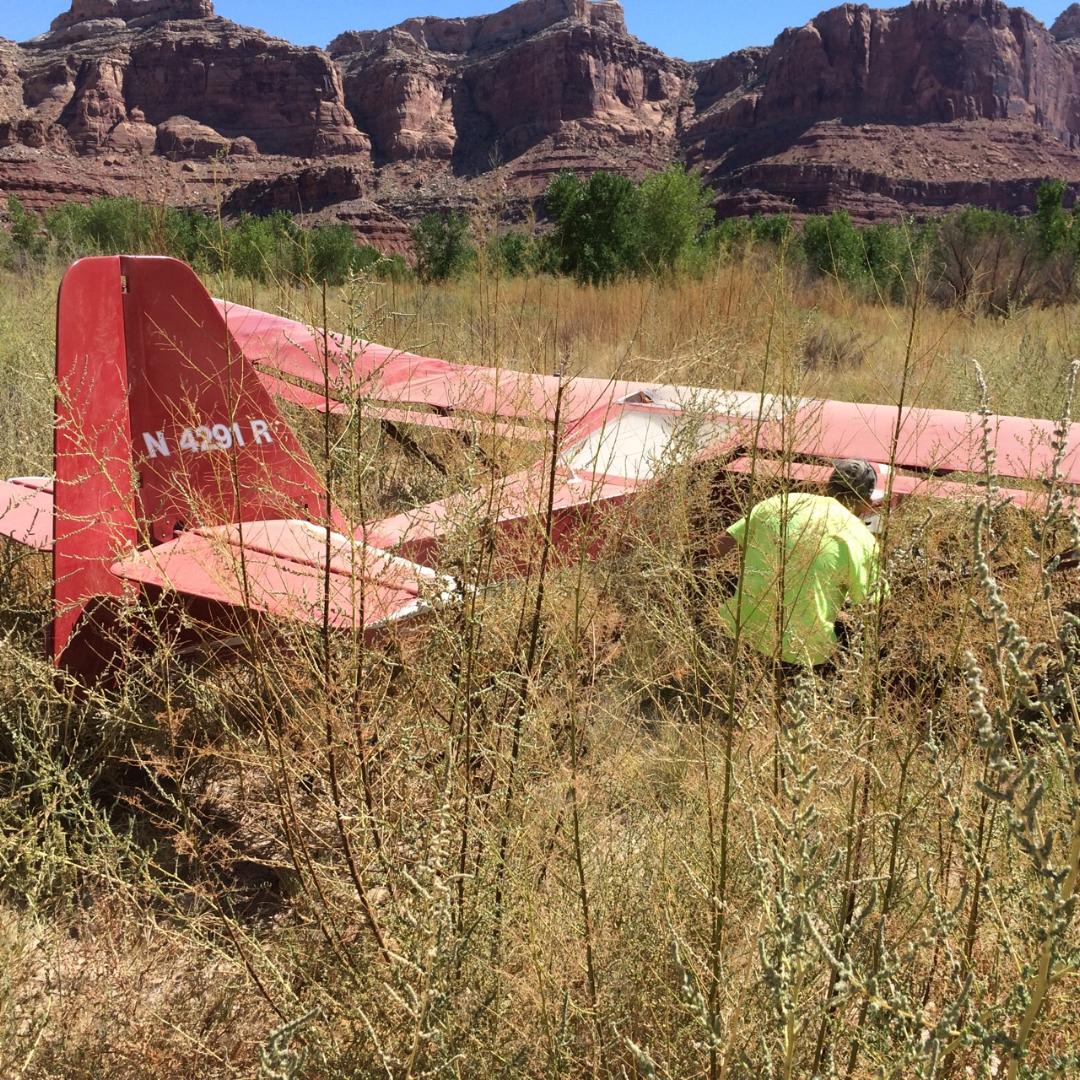 EMERY COUNTY, Utah — Both occupants of a small aircraft that made a hard landing short of an airstrip in a remote area of Emery County Saturday morning were uninjured.

According to information from the Emery County Sheriff’s Office, reports came in just before 10 a.m. that a small plane had crashed short of the Mexican Mountain Airstrip, which is in a remote area of Emery County.

The pilot, a 57-year-old man from Heber City, and the passenger, a 59-year-old man from Park City, were visiting remote airstrips in the area, and the pilot reported the aircraft stalled as they were approaching the runway, forcing them to make a hard landing about 173 feet short of the runway. The plane skidded 41 feet after touching down, according to the press release.

The aircraft is homemade and about 18 years old, and the vehicle suffered “significant damage,” according to the sheriff’s office. The wheels were snapped off, the propellers broke off, and both wings were bent as a result of the crash.

A helicopter was dispatched to the area, and both men were taken by air to Price Airport. The FAA and NTSB have been notified of the crash, according to the sheriff’s office.

The press release states: “The Mexican Mountain Airstrip is 16 miles east of Swinging Bridge, a state historical site, on the San Rafael Desert. “