Flooding caused traffic congestion near 3300 S 400 W, but Sgt. Gary Keller of the South Salt Lake Police Department said the scene has been cleared and traffic flow has returned to normal.

Keller said they have had a few cars stall in the standing water, and FOX 13 observed at least one vehicle stalled by the water being towed away.

Road crews plowed the flood waters to try to stir up the sediments to keep water moving rather than pooling on the roadway. 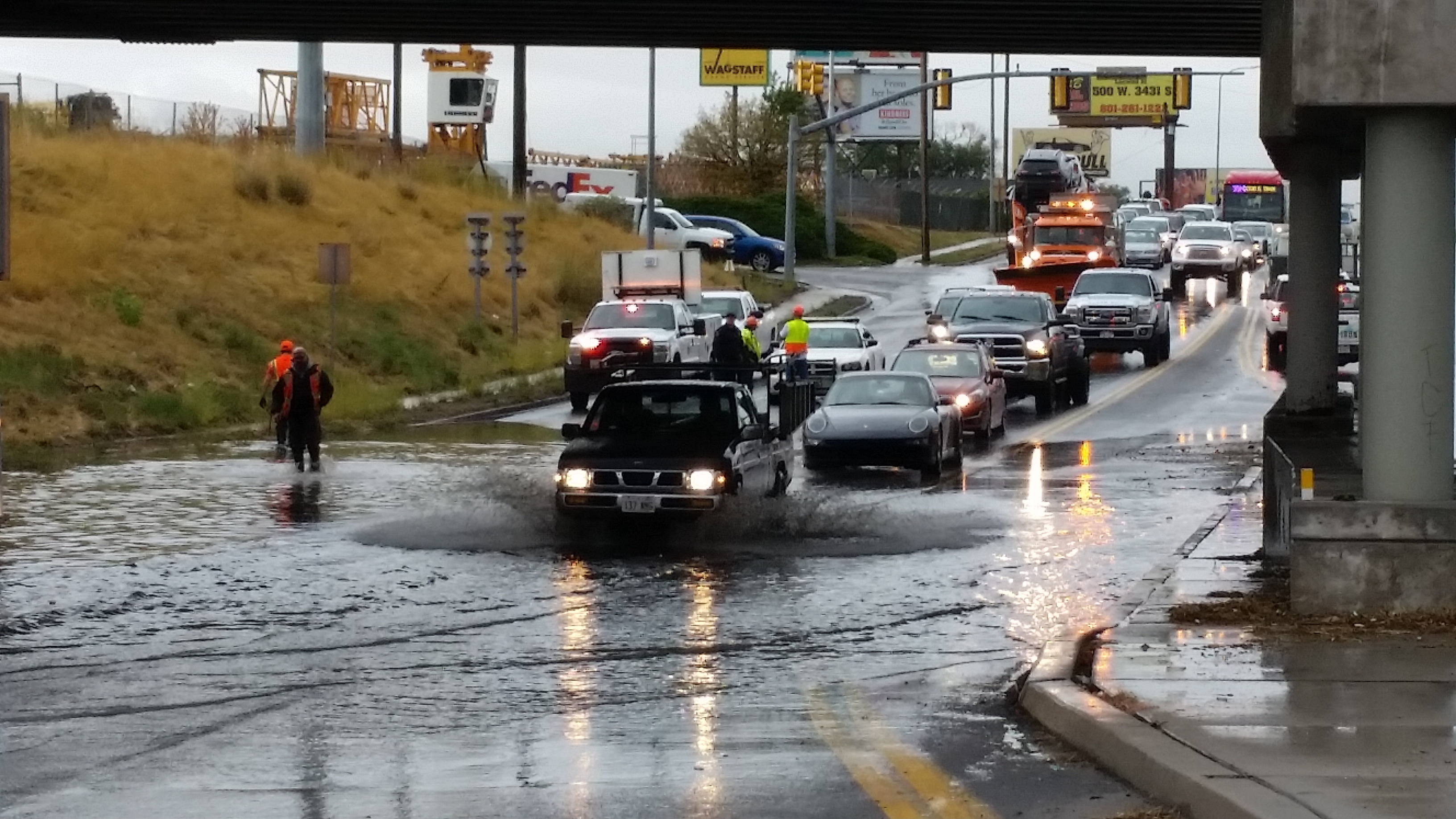 Officials said you should never drive into standing water; turn around, don't drown.

Is your area flooding? Send your weather videos and pictures to news@fox13now.com.