PARK CITY, Utah – Dozens of colorful hot air balloons filled the skies of Park City this weekend, to the delight of hundreds of spectators who came out to watch them. The Autumn Aloft was back in Park City for a second year following a 20-year hiatus.

There were 23 hot air balloons flown by pilots across the region on Sunday, creating a rainbow of colors in the sky.

Offering a sea of colors and breathtaking views, the Autumn Aloft was a popular tradition in Park City in the '80s and 90s, but, when the town started growing, organizers ran out of places for the balloons to land and cancelled the event.

“The event outgrew the space they had available to them,” said Autumn Aloft Organizer Meisha Lawson-Ross. “So, unfortunately, we’d like to say it was a victim of its own success.”

Now, 20 years later, they’ve brought it back for a second year after discovering the North 40 Field and Park Meadows Golf Course provided the right amount of space for their sport.

“It’s a great fall event, it’s a great reason to come up here,” said Monty Coates, chairman of the Autumn Aloft Organizing Committee. “Park City’s beautiful in the fall, and the colors are changing, and this is just kind of another way to exemplify that, the colors changing, beautiful balloons in the air, they’re really gentle giants, and it’s kind of a beautiful way to see the pristine beauty of the Park City area.”

Local residents and event organizers say they’re happy to finally have the long standing tradition back in their home town.

“It’s come back with such a vengeance,” Lawson-Ross said. “We were kind of joking around last night, and we feel like it’s our responsibility to keep this going as long as we can. So it’s definitely… it’s a really cool thing to be a part of.”

“Look at all the happy faces,” he said. “Everyone’s so happy…just look around at the crowd, I mean, they’re all so happy we’re here.”

As the sounds of whooshing fill the air, the balloons created a cascade of colors in the sky.

“It feels, kind of like you’re riding a motorcycle, but in the air,” Green said. 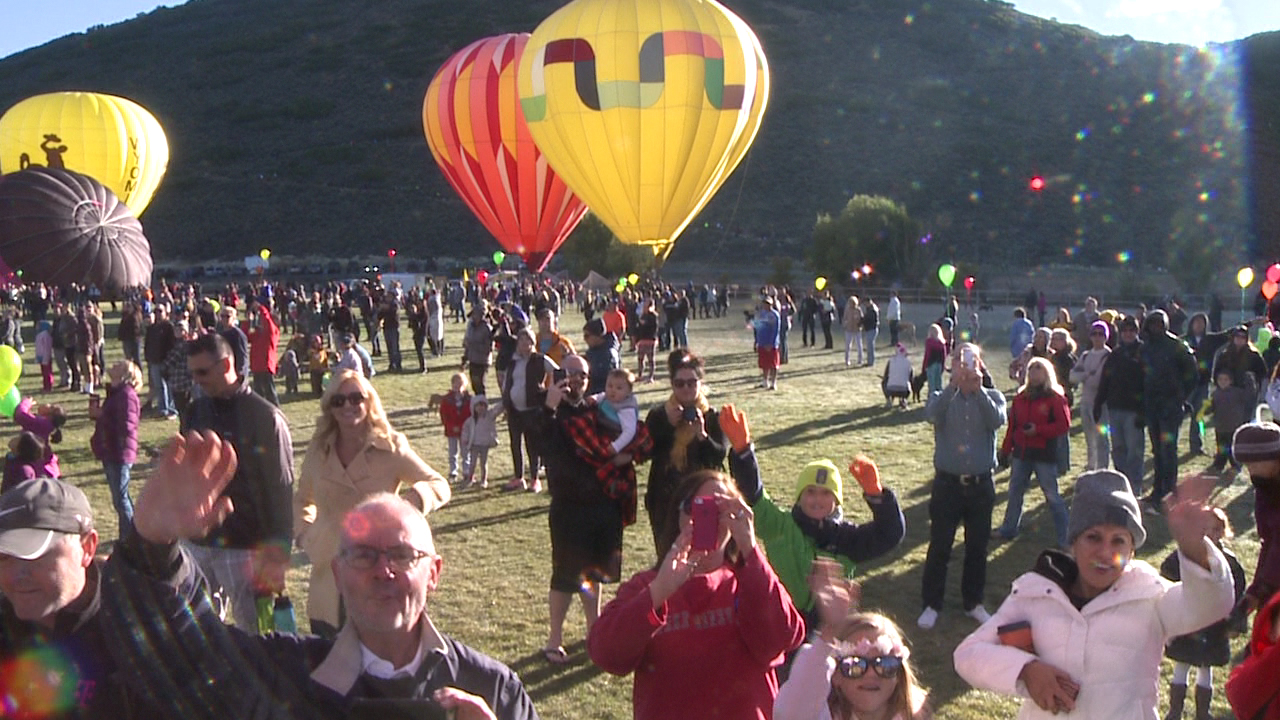