CEDAR CITY, Utah - Authorities have released dashcam video of a high-speed chase that reached speeds of 130 miles per hour in Iron County Wednesday.

The chase ended with road spikes, weapons drawn and the driver facing multiple felony and misdemeanor charges, including drug charges for personal possession of both methamphetamine and marijuana, according to the St. George News.

The Utah Highway Patrol said a trooper tried to stop an orange Scion for speeding at about 8:45 a.m.; the suspect was going 115 mph on I-15 southbound near mile marker 62.

The driver, 33-year-old Austin Michael Shaffer of Parker, Colorado, didn't stop so the trooper followed in a chase that reached speeds of about 130 mph.

Shaffer got of I-15 at mile marker 42 and got back on I-15 heading northbound.

Officers set up spike strips near mile marker 54 and got Shaffer's right front tire but the driver continued north, this time at slower speeds.

At mile marker 57, Shaffer drove off the roadway and onto the dirt shoulder where he got about 300 feet and turned his car towards a freeway fence.

A trooper pulled his patrol car behind the Scion and stopped Shaffer from backing up.

At that point Shaffer got out of the car, gave up and a deputy took him into custody.

Troopers said Shaffer appeared to have a mental health issue. 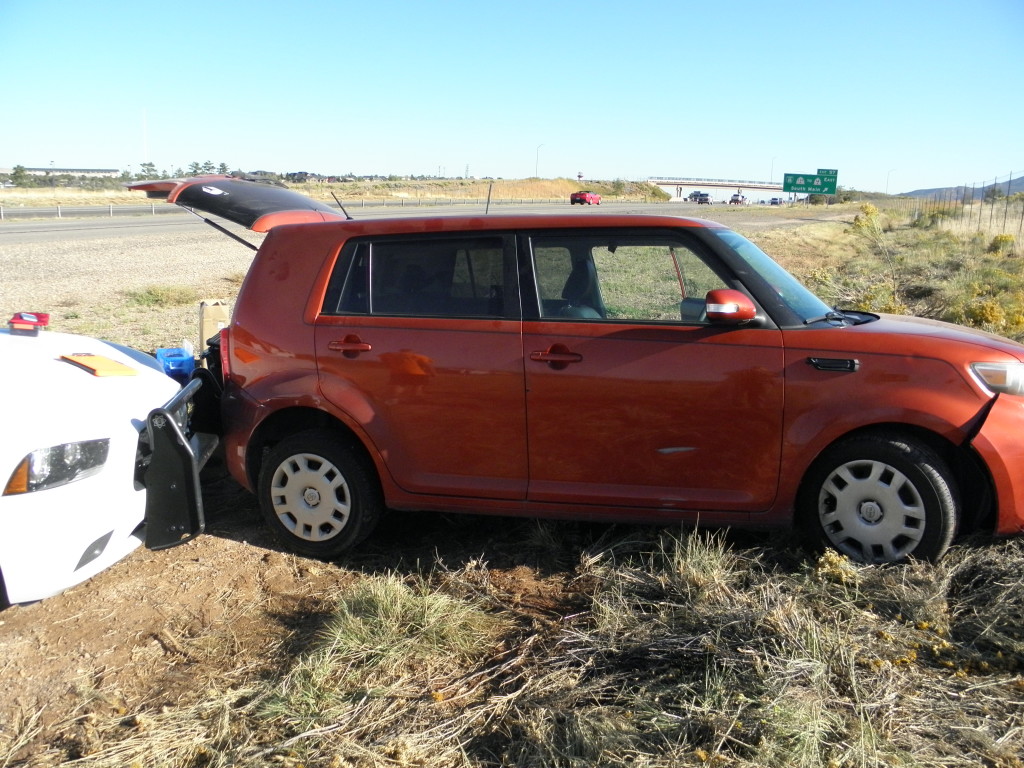