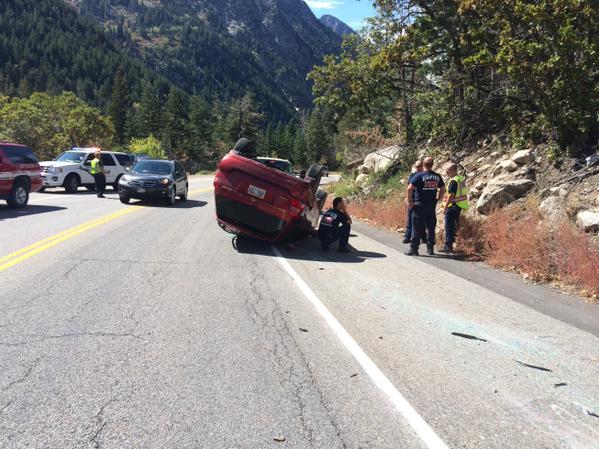 The 2012 Toyota Highlander hit the embankment on the right and did a full rotation then flipped again onto the roof of the car, just before 1 p.m. Saturday

The driver is now in serious condition at the University of Utah Hospital, while the  passenger escaped without injury and is back with her family.

Unified Police say the incident was most likely caused by excessive speeds while driving down the canyon taking sharp turns.

The passenger told police both girls were wearing their seat-belts.

No other vehicles were damaged.