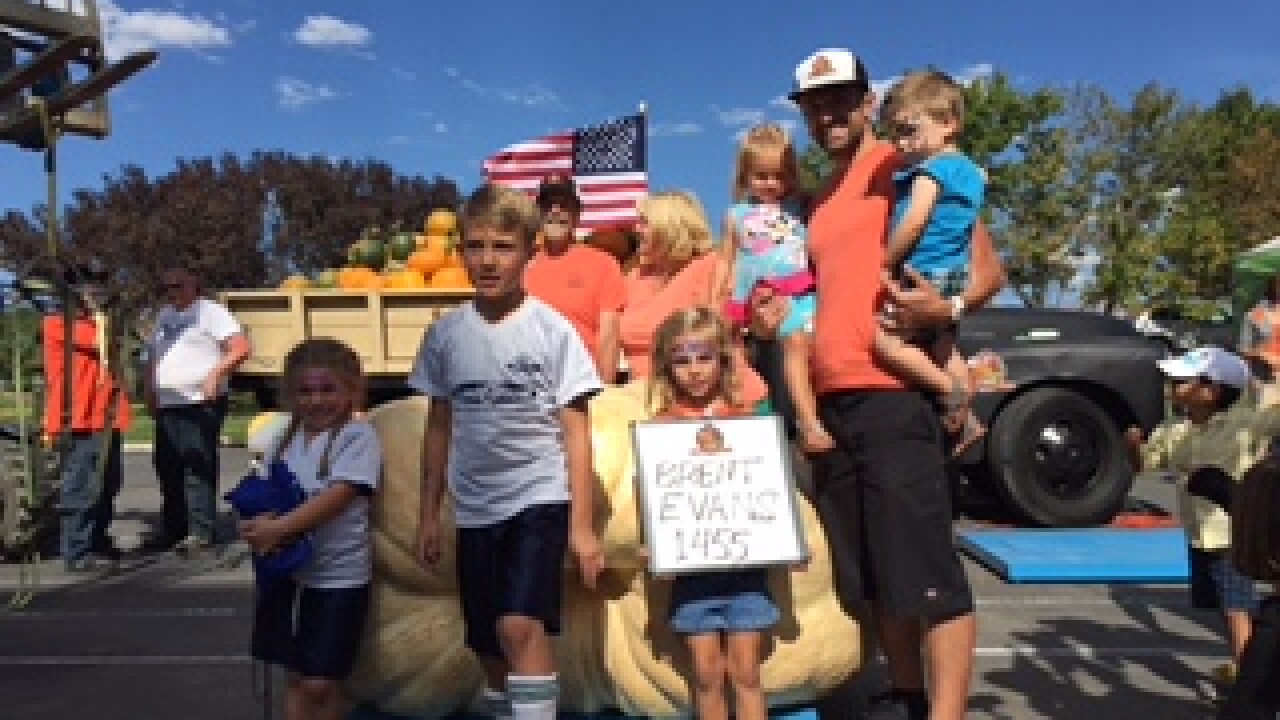 LEHI, Utah – Members of the Utah Giant Pumpkin Growers Club gathered at Thanksgiving Point Saturday to put their monster pumpkins to the scale.

The event brought together 50 giant pumpkins ranging from 700 pounds in the kids division to the 1455 pound ‘king’.

This was the 11th official weigh off since the club was established 26 years ago.

These pumpkins all come from Atlantic Giant Pumpkin seeds and compete after just 100 days of growth.

Growers say they treat it like you would a prize race horse or race-car, you have to grow it fast but too fast and they will split.

You can find out more about the club and their events on their webpage.