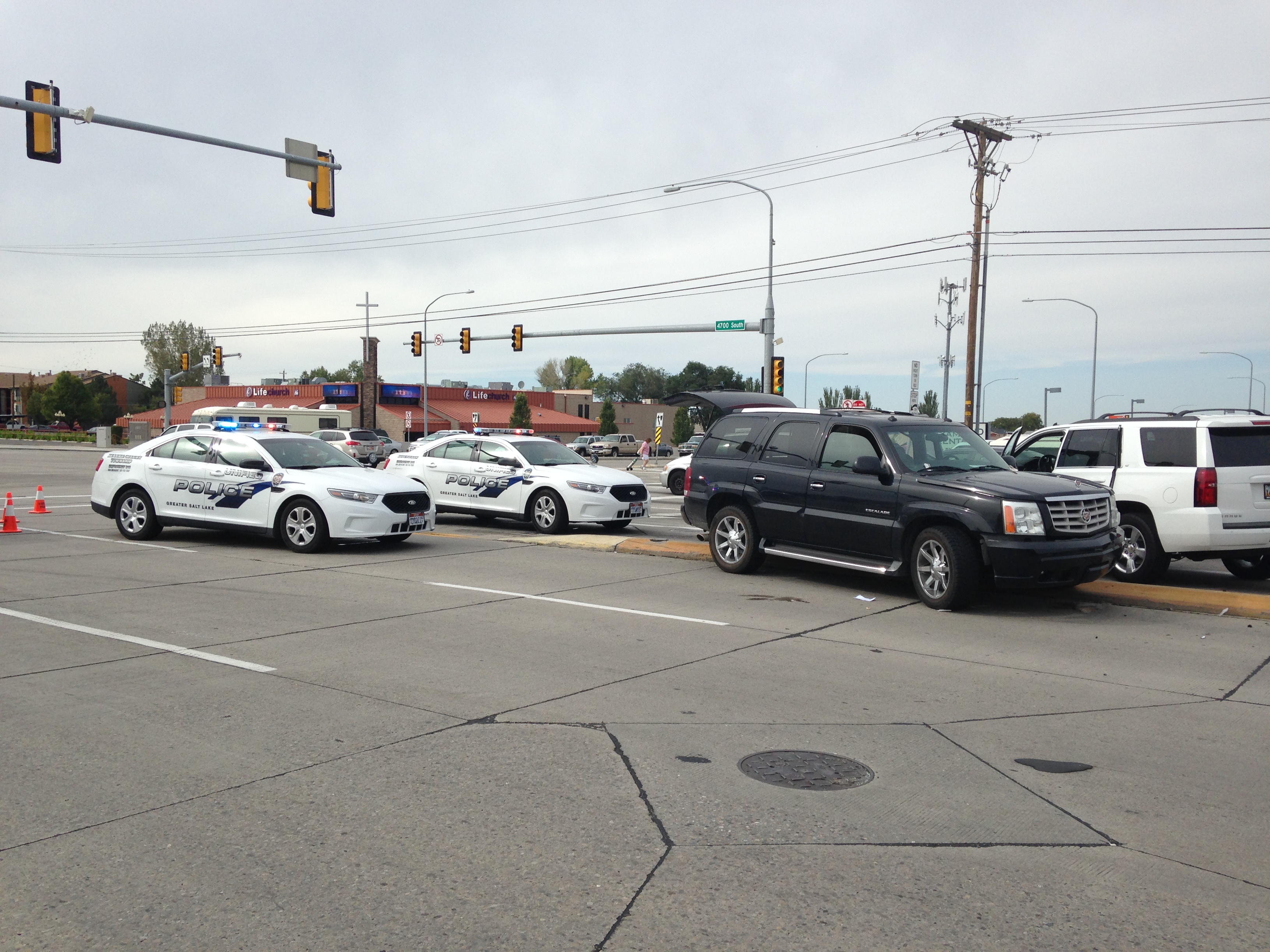 TAYLORSVILLE, Utah — A police chase ended in a crash that shut down multiple lanes at 4700 South and Bangerter Highway Monday afternoon.

The car chase turned into a foot chase after three people fled the vehicle. Unified police have taken two people in custody and are searching for a third.

Authorities believe the third person to be Stephen Hammer. He is listed on the Metro Gang Unit’s list of top 10 fugitives.

He is considered to be armed and dangerous. Police say people are not to approach Hammer if they see him.

Hammer was seen early Monday at about 1:30 a.m. driving a vehicle in the Millcreek area. Hammer fled from officers after they spiked his tires. Police say Hammer abandoned the car in the area of Turnberry Apartments, 4422 Muirfield Drive, and fled on foot.

According to police, Hammer is wanted in connection to an armed robbery that occurred at a Macy’s on Aug. 20.

Hammer was seen by the store’s loss prevention personnel taking several items then walking out without paying.

The suspect was seen getting into a stolen white Ford F250, which was found two days later in Taylorsville.

Hammer was captured on surveillance video at the grocery store.