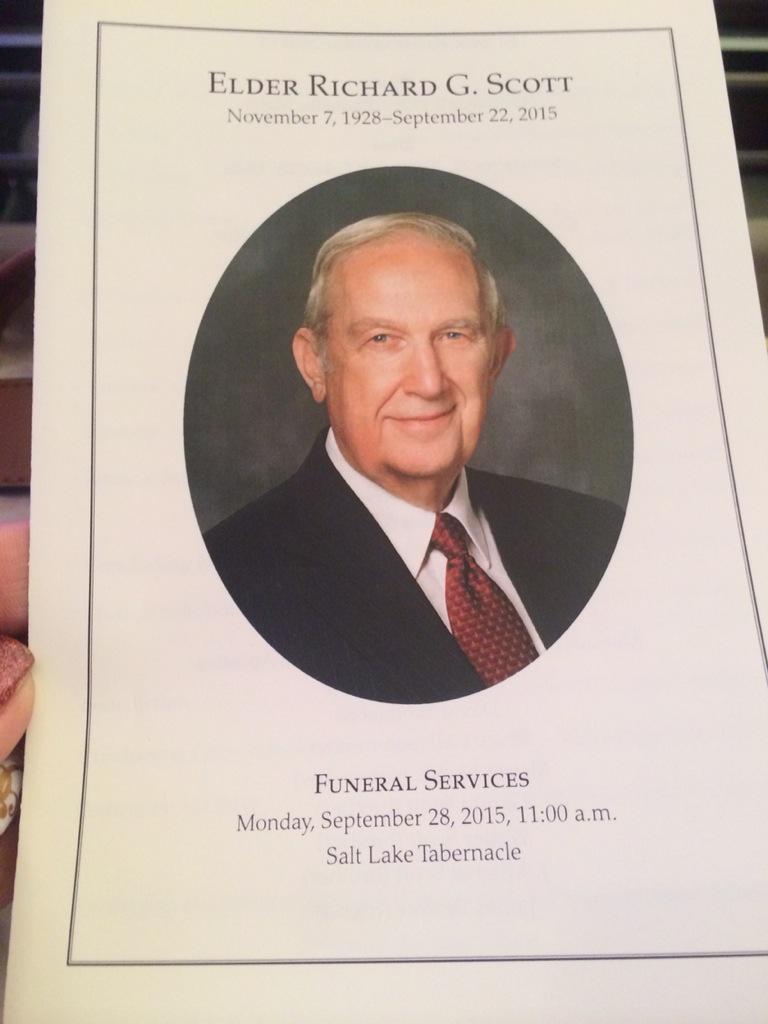 The funeral is open to members of the public ages eight and older.

Overflow seating is available in the Assembly Hall on Temple Square.

The Church campus buildings will be closed at 10:30 a.m. and will reopen following the funeral at 1 p.m.

The LDS church said Elder Scott was sustained as an apostle on Oct. 1, 1988.

He died of causes incident to age, while surrounded by his family at his home in Salt Lake City. He was 86.