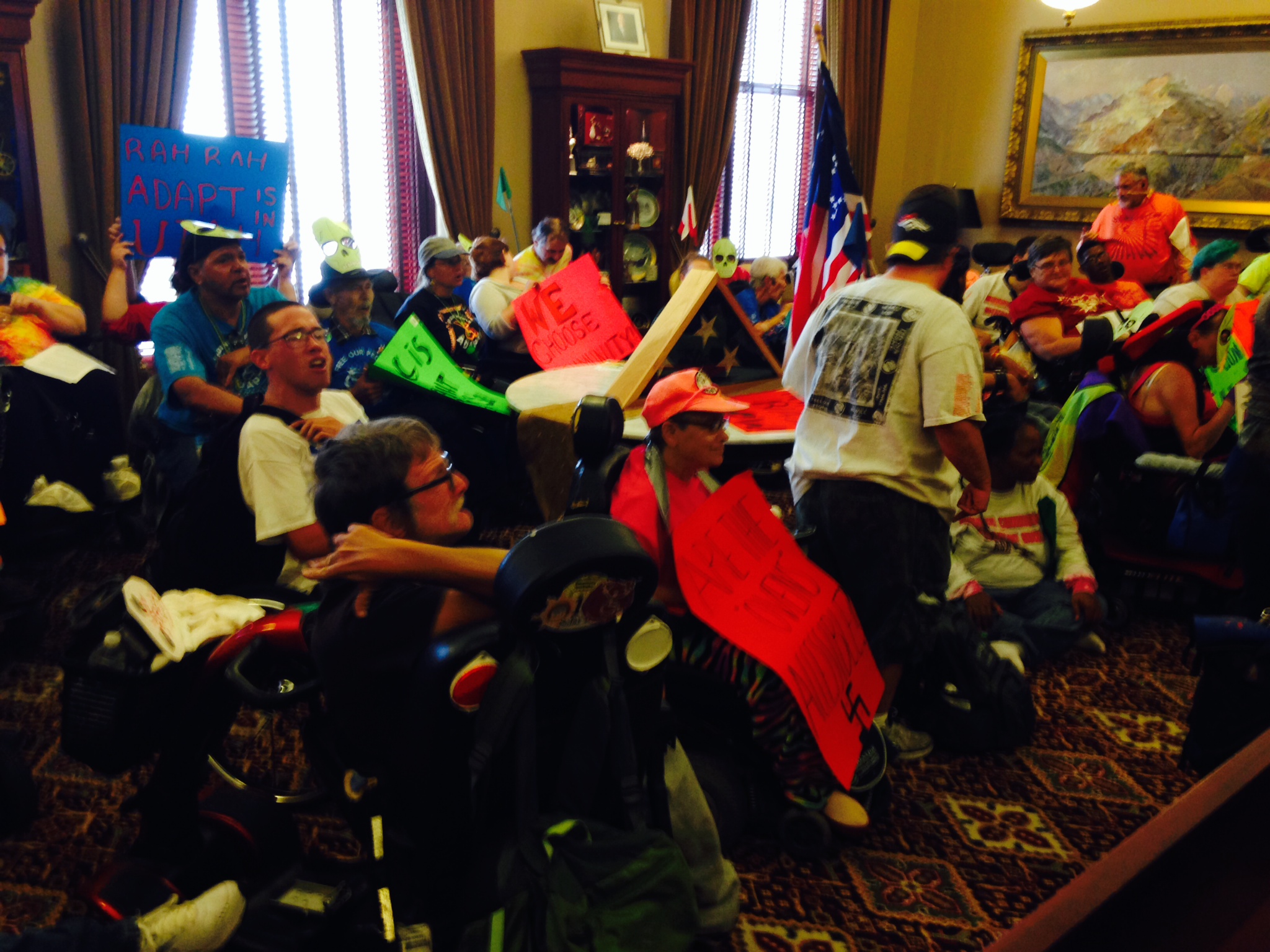 It was the third protest this week hosted by ADAPT, a group that advocates for the rights of disabled people.  According to them, Utah leaders have failed to address their needs in the state.

“Right now, we have 1,900 people waiting for services,” said Jerry Costlay, who joined the rally.

Costlay and others argue that the state has been forcing disabled Utahns into state-run nursing homes to receive care, rather than allowing them to choose to stay in their own homes and receive treatment there.

While that is an option for some, Costlay said it takes years to get through a waitlist.

“They have disabilities. They have significant needs. Some of them are dying and their wait could be over a decade,” he explained.

To address the issue, they want the governor to adopt what is called the Community First Choice Option.

It is a Medicaid option made available under the Affordable Care Act that provides in-home care and support to those who qualify. Proponents contend it’s more cost effective than nursing homes, as it offers a 6 percent federal match.

However, nationally, only five states have moved forward to implement the option, while several other states await approval.

Still, ADAPT is hopeful they can add Utah to that list.