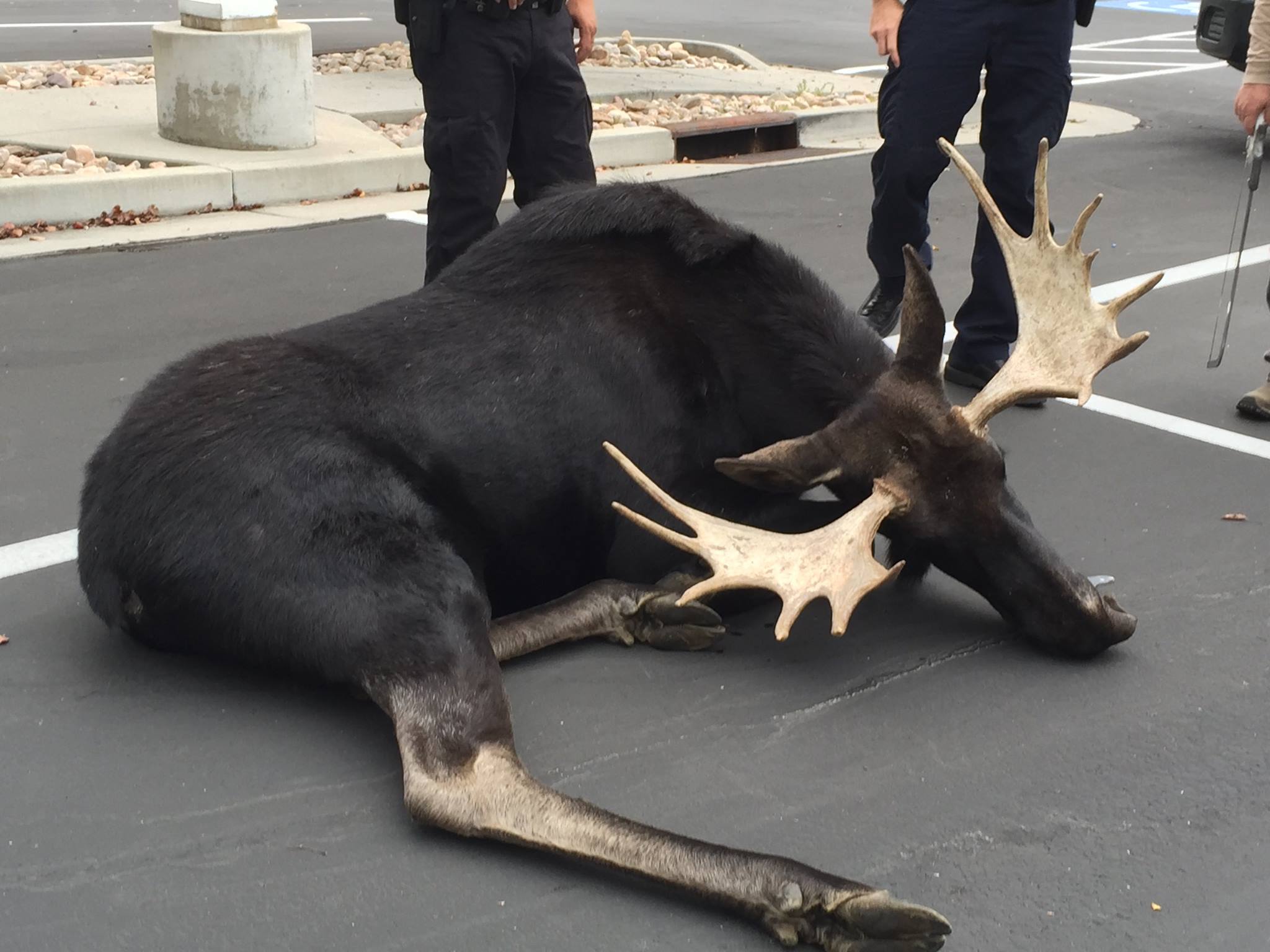 PROVO, Utah — Police in Provo put their moose wrangling skills to the test Wednesday after an animal was spotted near an elementary school, and, after cornering the creature in a parking lot, the moose was subdued and will be relocated.

According to a post from the Provo Police Department, officers responded just after 8 a.m. to the area of 1450 East Oak Cliff Drive, where a moose had been spotted.

Officers were able to, “corral the Moose into an empty church parking lot until DWR officials arrived,” according to Provo PD.

When the personnel from the Division of Wildlife Resources arrived, they used a tranquilizer gun to subdue the moose and then police officers helped them load the animal onto a trailer.

DWR took possession of the moose, which police said will be released back into the wild.

There were no reports of injury or damage in connection with the errant moose.