Suspects in stolen SUV fleeing from police collide with truck, cause lane closures on 6200 South 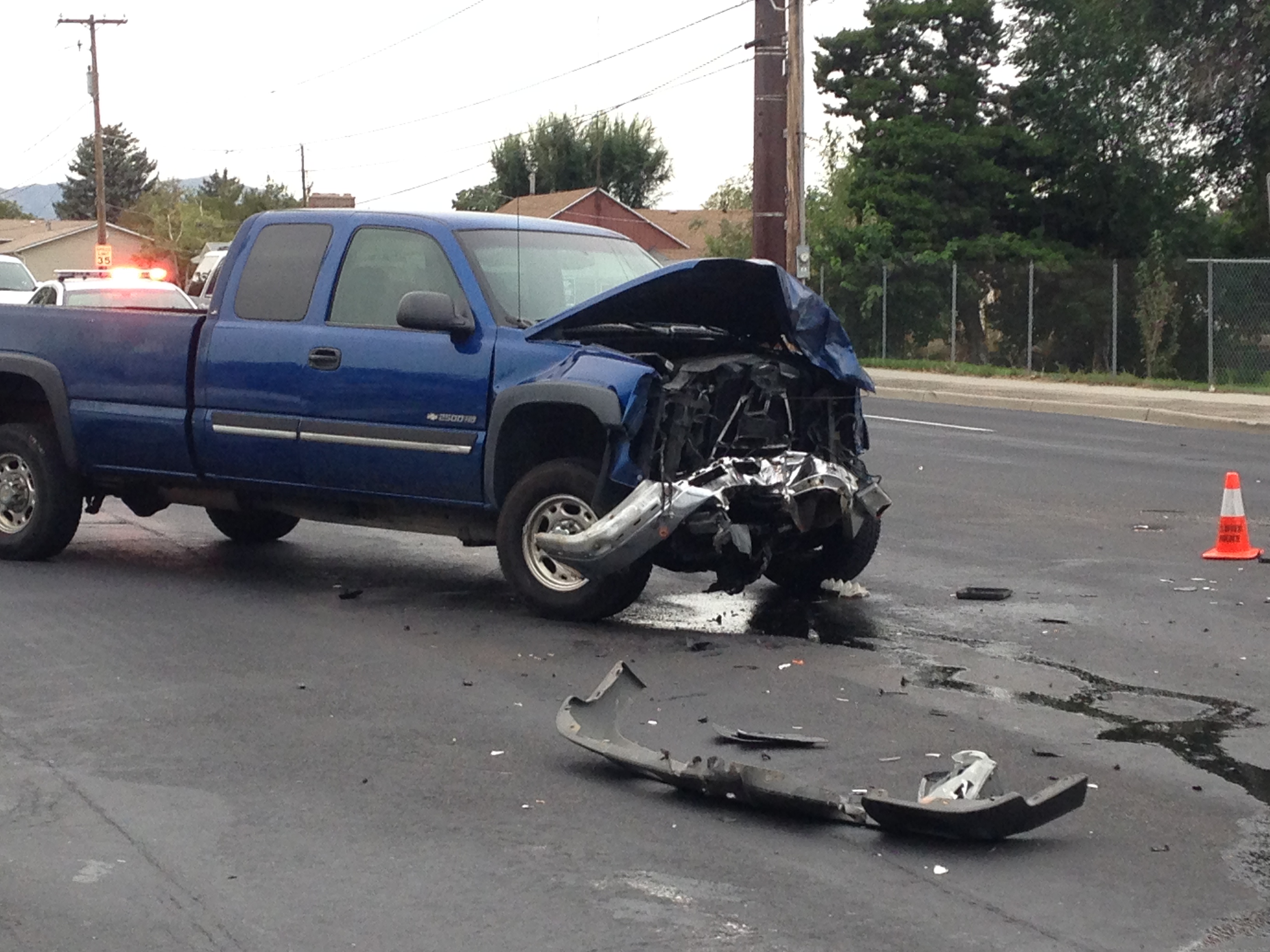 TAYLORSVILLE, Utah — Two right lanes of westbound 6200 South were closed near 2200 West in Taylorsville Wednesday after several suspects fleeing police in a stolen SUV collided with a pickup truck.

Det. Jared Richardson, Unified Police Department, said the crash occurred after a UPD officer attempted to pull over a stolen vehicle and a short chase ensued.

Police at the scene said the officer was completing another traffic stop when software scanning license plates on vehicles going by the area pinged on a vehicle reported to be stolen. The officer followed the vehicle and attempted to pull it over.

The officer activated the lights on the patrol vehicle in the vicinity of 3200 West, but quickly terminated the chase due to concerns regarding the traffic in the area. The SUV continued to flee at a high rate of speed.

The officer stopped the chase but observed the SUV running a red light and colliding with a pickup truck that was attempting to make a left turn onto 6200 West from 2200 South, about 10 blocks away from where the short pursuit had begun. Two adults and one juvenile were in the stolen vehicle, and one of the adults attempted to flee on foot after the crash, but all were apprehended.

Inside the vehicle, police said they located items believed to be burglary tools, drug paraphernalia, a machete, and a pellet gun that had been painted to make it appear to be a real firearm.

Police said all injuries in connection with the crash were minor. The identities of those involved have not yet been released.

UDOT stated they estimated the road closures would remain in effect until at least 7:21 p.m.