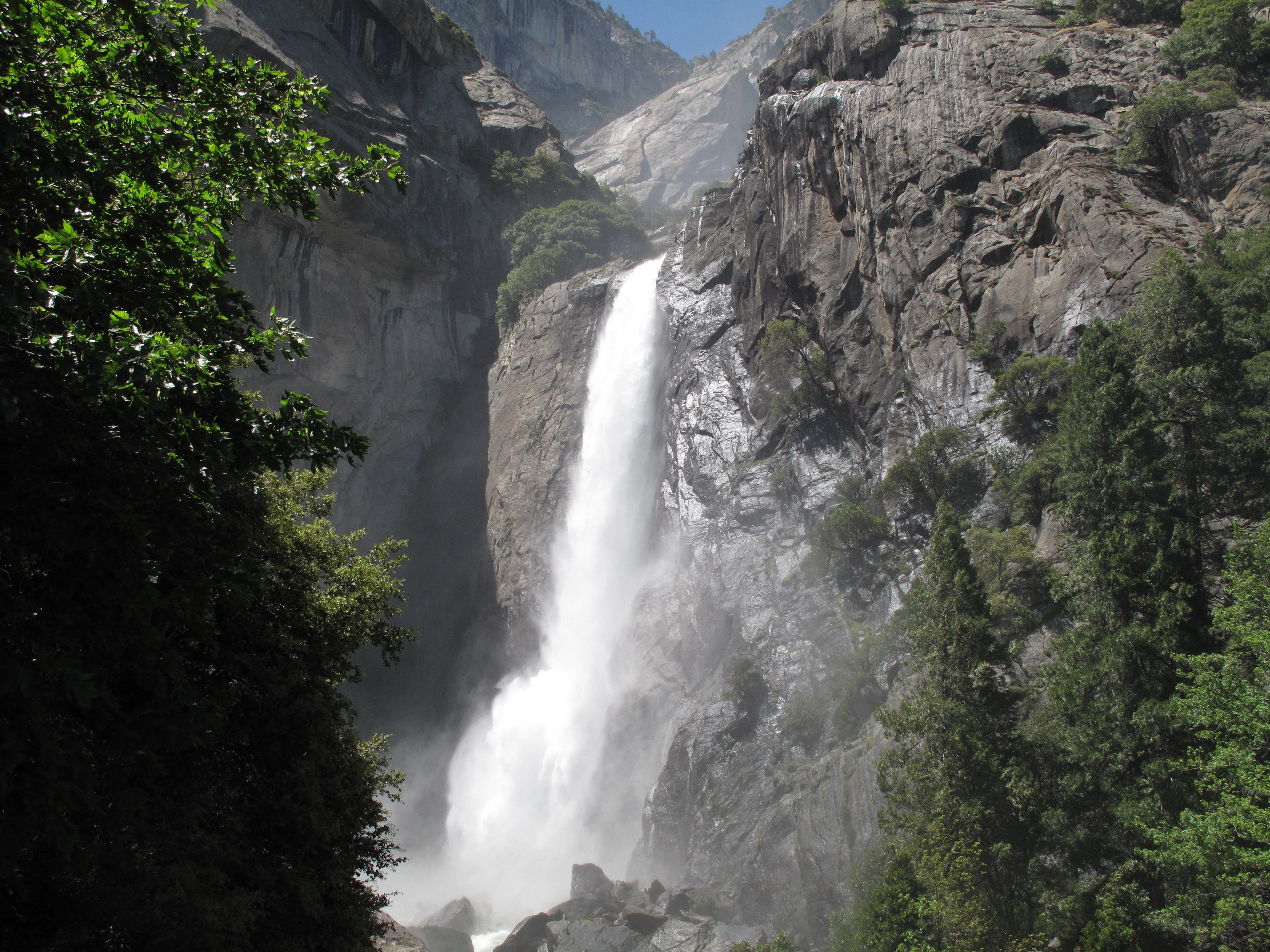 When Yosemite became a national park on October 1, 1890, the National Park Service had not been created.

The federal government’s act 150 years ago was the first instance of the U.S. government setting aside scenic wilderness for public use and preservation.

By the time Yosemite became “Yosemite National Park” in 1890, the idea of protecting some of a young nation’s natural resources to enjoy and preserve for future generations was gaining popularity. Yosemite was the third national park, preceded by Yellowstone in 1872 and Sequoia on September 25, 1890.

The Mariposa Grove of Giant Sequoias at Yosemite National Park contains imposing trees known as the Bachelor and the Three Graces. The park was created on October 1, 1906.
Credit: Kirsten Randolph/National Park Service

“As the U.S. population moved west, the idea that you would (protect) a huge amount of land the size of Rhode Island was a pretty radical concept, when we look back on it,” said Scott Gediman, a Yosemite spokesman. “They had the vision that these places needed to be protected.”

It wasn’t until 1906 that the state of California ceded the Yosemite Valley and the Mariposa Grove to the federal government, creating the park much as we know it today. The National Park Service celebrates its 100th anniversary next year.

Yosemite’s celebrations will honor the land’s heritage and its future.

A blessing will be offered by descendants of the Ahwahneechee, the native peoples of the Yosemite Valley (the valley is also called Ahwahnee).

After all, people had lived on the land now called Yosemite National Park for nearly 4,000 years before explorers came west. Miwok legends tell of the creation of people there and of events long before the coming of non-Native Americans, according to the National Park Service.

By the late 18th century, it seems that much of Yosemite was populated by Southern Miwok people, while Central Miwok people utilized the park’s northern quarter. As different native cultures replaced earlier cultures, Yosemite Valley came to be called Ahwahnee.

A view of Half Dome from Cook’s Meadow at Yosemite National Park shows the glorious colors at sunset. The park was created on October 1, 1906.
Credit: Kirsten Randolph/National Park Service

The celebration’s honorary chairman is 9-year-old Gabriel Lavan-Ying, a Gainseville, Florida, boy who became a Yosemite National Park Ranger through the Make-A-Wish Foundation last year. Gabriel, who has life-threatening Ehlers-Danlos syndrome, worked on a search and rescue, helped put out a fire and gave a nature walk.

Lavan-Ying will hand out free park passes to fourth-graders in attendance at the park’s celebration, park of the White House’s Every Kid in a Park program to develop a new generation of park visitors.

If you go: The Yosemite park entrance fee is $30 per private car, van, pickup or RV. The fee is $15 a person if arriving on foot, horseback, bicycle, motorcycle or noncommercial bus.

Visitors 15 and younger can enter for free. Campground fees vary, and reservations for campgrounds that require them go fast and are strongly recommended.