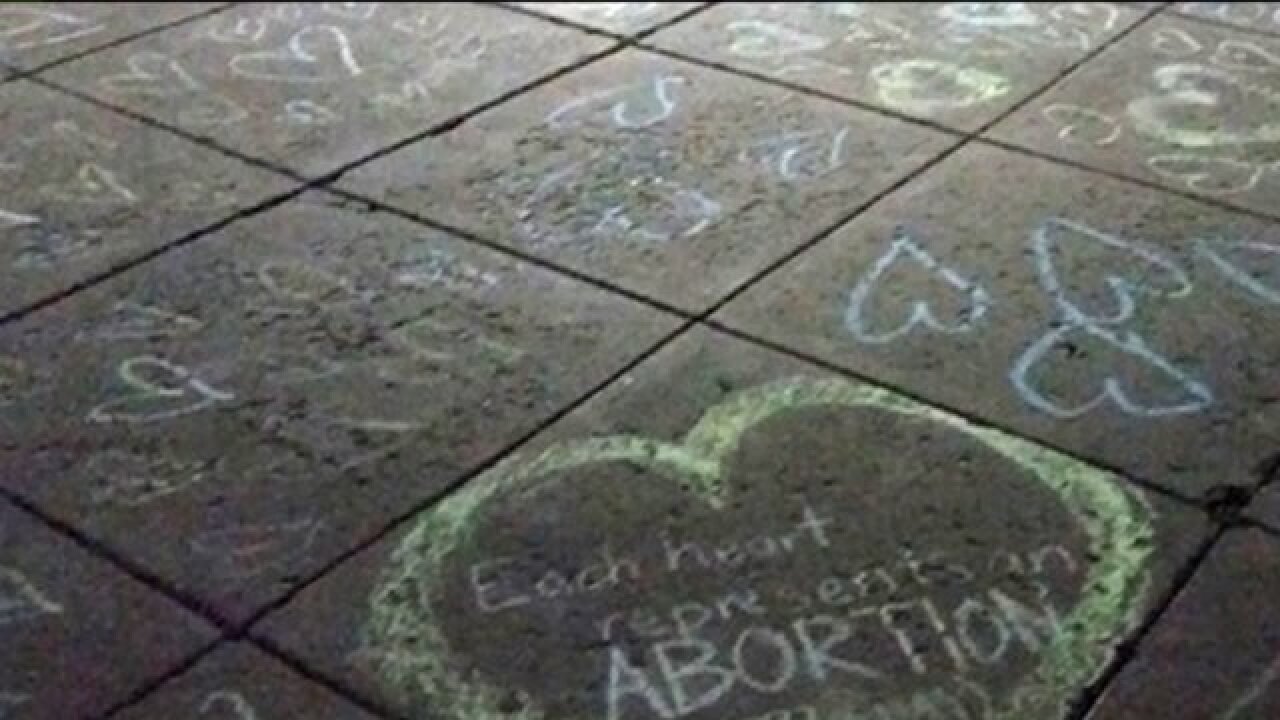 LOGAN, Utah – Some students claim they were censored on the campus of Utah State University after police ordered them to remove anti-abortion messages they wrote on sidewalks.

They drew nearly 900 hearts on the sidewalk with chalk with a banner reading, "Say No to Abortion."

The students didn’t think they needed permission because they’ve seen other students do the same thing, but campus police ordered them to remove the chalk art.

A student named Melissa explained the exchange with police in an article online. She says police told her they were vandalizing school property since they didn’t get permission beforehand and the message would offend people.

“We don't police content of messages ever," he said. "We're an institution of higher learning and we want people exchanging different sides of the equation.”

Administrators have since apologized to the students. They said there was a conflict between state law and student code over signs posted on campus.

“In defense of the police, it's the standards that are in place in state law the way it's written, and in the students' defense, the student code doesn't demand they get permission,” Vitale said.

Some students worry police sent the wrong message to others who may want to exercise their right to express themselves.

“The fact that a police officer felt obligated to tell them to take it down, I think it's kind of outrageous,” Everett Olsen said.

“I think it's good they took a stand and apologized to the people who did it, after that officer kind of realizes he's wrong for what he did,” Amy Ovar said.

Administrators said they’re working on clarifying the law so there’s no confusion for students and police.

Melissa reached out to a national organization called Students for Life of America. The group is considering legal action.