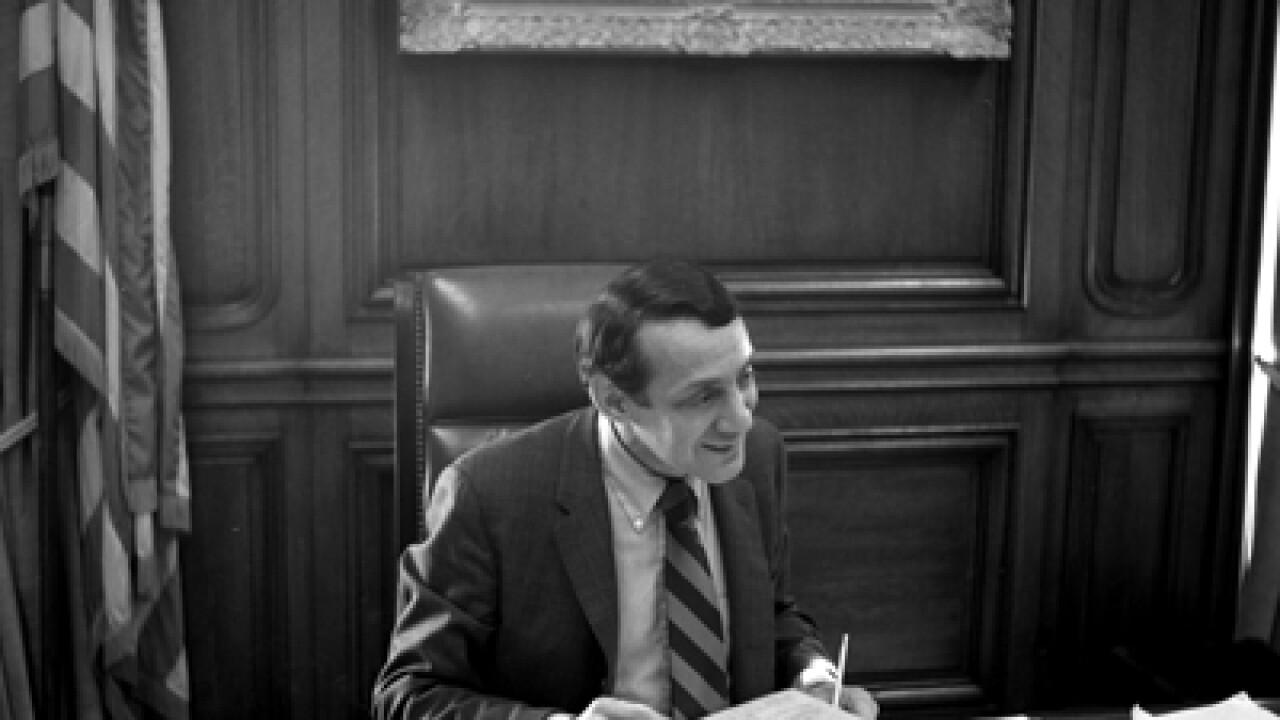 Photo by Daniel Nicoletta. Harvey Milk as Mayor for a Day March 9, 1978 When Harvey was acting mayor for one of the days that Mayor George Moscone had to be out of town.

SALT LAKE CITY — A proposal has been unveiled to rename 900 South as “Harvey Milk Boulevard” to honor the slain LGBT rights leader.

The proposal was announced Saturday night at a fundraiser event for the gay rights group Equality Utah, which has been working with Salt Lake City Mayor Ralph Becker and Councilman Stan Penfold to rename the street.

Harvey Milk was the first openly gay person elected to public office in California, serving on San Francisco’s Board of Supervisors in 1977. He was responsible for the passage of that city’s non-discrimination ordinance and was outspoken on issues involving the lesbian, gay, bisexual and transgender community until his assassination in 1978.

In an interview with FOX 13, Equality Utah Executive Director Troy Williams acknowledged that renaming a street after Milk in conservative Utah could be controversial.

Salt Lake City already has other streets named after civil rights leaders, including Martin Luther King Jr. Boulevard (600 South), Rosa Parks Boulevard (200 East) and Cesar Chavez Boulevard (500 South). In the past, the Salt Lake City Council has  also approved renaming streets after local leaders and a soldier who was killed in Iraq.

In 2006, the council put a moratorium on renaming streets to craft a policy.

The Salt Lake City Council is expected to consider the proposal for “Harvey Milk Boulevard” in the coming months.