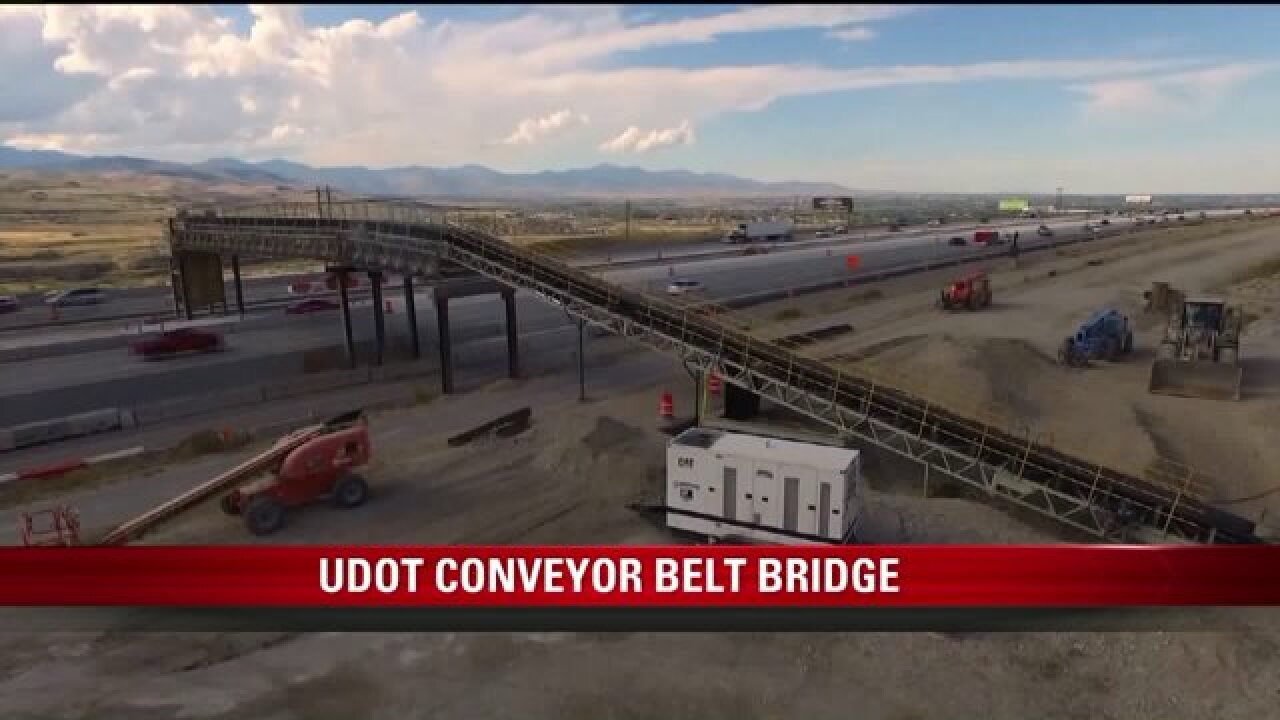 SALT LAKE COUNTY, Utah -- A newly constructed bridge amid the point of the mountain construction is not for pedestrians but for moving liquid concrete.

The conveyor belt bridge will transfer the material from a concrete-making plant to the center of Interstate 15, said Tim Rose, The Point Project manager. The Utah Department of Transportation began construction in March to expand I-15 from Draper to Lehi.

The bridge will allow a safer and more efficient way for the project to be completed, UDOT officials said Tuesday. Without the bridge, trucks would have to carry the wet concrete across the lanes of traffic, which would stop traffic and prolong the project.

"Now because of the bridge, the conveyor structure this will allow us to work 24/7 and work during the day when normally we would shut down with our pave my operations,” Rose said.

The project includes adding six lanes in each direction along I-15 between State Route 92 and 12300 South.

The $252 million project is slated to be completed next fall.